A guide to hill and mountains in the UK and Ireland

Do you know your Munros from your Corbetts? The Adventure Patch Company tell us about hill bagging and explain some of the better and lesser known hills and mountain classifications in the UK and Ireland.

While you don’t need to know your Nuttalls from your Grahams to enjoy hill walking, knowing a bit about the UK and Ireland’s different hill classifications or lists can help to add variety and purpose to your hikes, encouraging you to explore new parts of the British Isles in your quest to bag more peaks!

Having lived in Ireland, England and Scotland, and climbed mountains across the British Isles, the range of terrain, history and culture on our doorstep is quite amazing. From the valleys of Wales and moors of northern England to the highlands of Scotland and Atlantic coast of Ireland, any excuse to explore the wild places of the UK and Ireland is a good one in my experience. And hill bagging certainly provides you with as good a reason as any.

Ben Oss in winter and Tryfan

So, what is hill bagging? Put simply, it is the pastime of climbing all the peaks in a particular hill classification or list. While hill bagging is a very British outdoor tradition – made popular by Sir Hugh Munro in the nineteenth century with his famous list of all the mountains in Scotland over 3000ft – many countries and continents have their own hill lists, from the Colorado 14ers in the US to the European Ultras. Even those elite mountaineers that aim to summit all 14 peaks over 8000ft are hill baggers at heart!

Hill classifications are typically defined by height, prominence or isolation from other peaks, as well as geographic location. For example, Munros are mountains in Scotland over 3000ft. Height isn’t always a distinguishing factor though, as in the case of the Wainwrights, which are simply those fells detailed by Arthur Wainwright in his famous Lake District walking books. Incidentally, I am using the word ‘hill’ loosely and many of the peaks on these lists are mountains, which in the UK are generally considered to be summits over 2000ft or 600m.

Although not intended as a definitive list, let’s run through the main hill classifications in the UK and Ireland, as well as some lesser-known lists included in the Database of British and Irish Hills (DoBIH)…

Perhaps the most famous of hill lists in the UK, Munros are distinct Scottish peaks of 3000ft (914.4m) and over, of "sufficient separation" from their neighbouring peaks. Originally compiled by Sir Hugh Munro in 1891, he never detailed a precise definition of "sufficient separation", however the current list, maintained by the Scottish Mountaineering Council, contains 282 peaks. A Munro Top is a subsidiary top of a Munro, which is also over 3000ft (of which there are 226 in total).

Smaller than Corbetts and Munros, Grahams are distinct peaks in Scotland between 2000ft (609.6m) and 2500ft (762m), with a prominence of at least 150m. There are 219 Grahams across Scotland, including some of the islands. They are named after Fiona Graham, who compiled the list.

Things get a bit technical here, but at a high-level Donald Hills and Donald Tops are mountains in the Scottish Lowlands over 2,000 ft (610 m) - with Donalds Tops having a drop of at least 50ft (15.2m) between each elevation and any higher elevation, versus a more complicated prominence formula for defining Donald Hills. For the lay folk amongst us, all we really need to know is there are 89 Donald Hills and 51 Donald Tops, with a complete round of The Donalds encompassing all 140 summits.

A Highland Five is a hill in the Scottish Highlands between 500m and 609m high with a drop of at least 30m on all sides. There are 775 in total, making them one of the more extensive Scottish hill lists.

Very similar to the Highland Fives, the Donald Deweys are those 247 hills in the Scottish Lowlands between 500m and 609m high with a drop of at least 30m on all sides.

Up there with Munros in terms of name recognition, the Wainwrights are those 214 Cumbrian fells lovingly detailed by Arthur Wainwright in his famous seven-volume Pictorial Guide to the Lakeland Fells (1955-66). They range in height from Castle Crag at 291m (951ft) to the highest mountain in England, Scafell Pike, which stands over 3000ft high at 978m, giving them broad appeal among walkers of all abilities and ages, from young families to seasoned fell runners.

Keeping with the Lake District theme, Birketts are the 541 hills over 1000ft detailed in Bill Birkett's 1994 guidebook, Complete Lakeland Fells.

The Synges are the 648 Lake District hills listed in The Lakeland Summits: Survey of the Fells of the Lake District National Park by Timothy Synge. Similar to the Wainwrights and Birketts in that hills in this list are based on their inclusion in a Lake District hill walking guidebook.

In line with their Scottish counterparts, the Highland Fives and Donald Deweys, the Deweys are those 427 hills in England, Wales and the Isle of Man between 500 metres and 609 metres in height, which have a drop of at least 30m on all sides.

A relatively new hill classification, incorporating 95 hills, tors and trigs in the Peak District. It is named after the environmental campaigner and pioneer of the countryside movement, Ethel Haythornthwaite, who played an important role in the establishment of the UK's national parks.

There's no height or prominence criteria to this list, but it includes all the hills over 400m in the Peak District, plus some smaller ones.

Summit of Stob Coir' an Albannaich

Furths are the 34 peaks of 3000ft or over in the UK and Ireland outside (furth) of Scotland. Think of them as the English, Welsh and Irish equivalent to the Scottish Munros.

A Nuttall is any summit of 2000ft (610m) or higher that rises above its surroundings on all sides by at least 50ft (15m). There are 442 Nuttalls across England and Wales.

Simm is an acronym for Six-hundred Metre Mountain, which makes sense when you consider that a Simm is simply a peak in England, Wales or Scotland over 600m high, with a drop of at least 30 metres all round. There are 2,530 Simms across Scotland, England and Wales. Ireland also has 223 Irish Simms.

Dodds are hills between 500m and 599m in height with a drop of at least 30 metres all round. The name Dodds was originally derived from Donald Deweys, Deweys and Scotland, although the list now incorporates the Isle of Man and Ireland, with 1,340 Dodds across the British Isles.

A Marilyn is defined as a hill of any height, but with a drop of 150 metres or more on all sides. There are a whopping 1,556 such hills across the UK and Ireland; over 1,200 of which are in Scotland.

Hump stands for Hundred Metre Prominence and therefore Humps are hills of any height with a drop of 100 metres or more on all sides. A similar definition to the Marilyns, which incidentally, all qualify as Humps. With 2,979 Humps in total across the British Isles, few folk will ever complete this hill list.

A Tump is one of the 17,062 hills in Scotland, England, Wales, the Isle of Man or Channel Islands with a drop of 30 metres or more on all sides. With no height criteria to worry about, so most hills you climb are likely to fall under this definition.

The Vandeleur-Lynams are those 274 hills in Ireland of 600m or higher with a drop of at least 15 metres on all sides. So named after Joss Lynam and Rev CRP Vandeleur who compiled the list.

An Arderin is a hill in Ireland of 500m or over with a drop of at least 30m on all sides. There are 405 such hills across Ireland.

A Dillon is one of the 212 peaks in Ireland over 2000 feet (610m) that feature in Paddy Dillon's book, The Mountains of Ireland.

As you can see, there are plenty of hill lists to have a go at in the UK and Ireland! Many contain more hills than all but the most dedicated of peak baggers could possibly hope to climb in a lifetime, but hopefully there is a list or two of at least some interest for most hill walkers to consider climbing a few new peaks from them.

For me at least, hill lists and peak bagging is about discovery and personal challenge; visiting new parts of the British Isles and having a casual but clear long-term goal to work towards. A sense of purpose can be a powerful motivator and for many of us hill walkers there is something very satisfying about climbing a new peak, planning our next hill bagging adventure and slowly chipping away at our set list, one peak at a time.

Indeed, climbing all the hills in any of these lists is, for most folks, a lifetime ambition that will be achieved over many years, at their own pace or with friends and family. For others, completing these lists in the fastest time possible is a challenge of a lifetime – with some astonishing records set seemingly every year. I certainly won’t be breaking any records for fastest rounds, but if I can create a patch for all 282 Munros and 214 Wainwrights over the next 25 years then that might just be a first… but please don’t hold me to that!

Remember though, you don’t need to climb every hill on a list. Hill walking is about much more than just bagging peaks – not least the physical and mental health benefits it brings. Whatever the drive behind your hill walking adventures or peak bagging ambitions, do what makes you happy at a pace and scale that works for you. Fast or slow, big or small, solo or with company - days spent in the mountains live long in the memory, so get outside and enjoy the hills!

So, why not climb some new peaks. Here’s one of my favourite hikes, the Ogwen Horseshoe in Snowdonia National Park.

The Adventure Patch Company is a small British brand that create hiking patches, pins and other gifts. Their patches celebrate some of the UK’s best-loved hills and mountains, national parks and outdoor challenges – with plenty more in the pipeline. 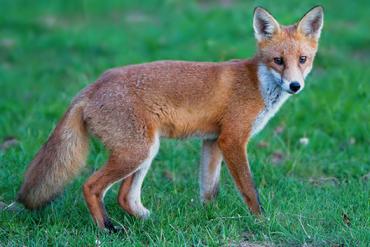 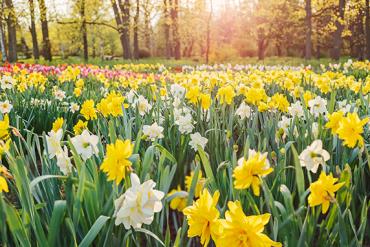 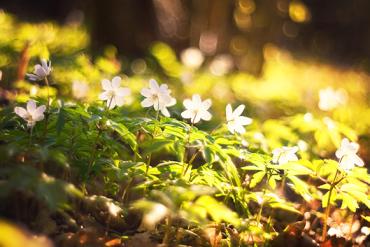 Spot wildflowers on your walk