Where to stargaze near you

There are many dark sky locations across the UK, with most being publicly accessible and recognised as some of the best in the world. Here are our top five locations to go stargazing in the UK.

The bright lights of big city living are a huge attraction to many, but those of us who want stars in our eyes find them a little frustrating. In today’s permanently switched-on world, it can be hard to spot exactly what’s out there when we gaze into the night sky; so many people don’t even bother.

Look a little harder, though, and you’ll find there are dozens of amazing locations in Britain to set up your telescope and get starry-eyed. The UK contains some of the darkest skies in the world, so where should you go if you want a view of the entire solar system? 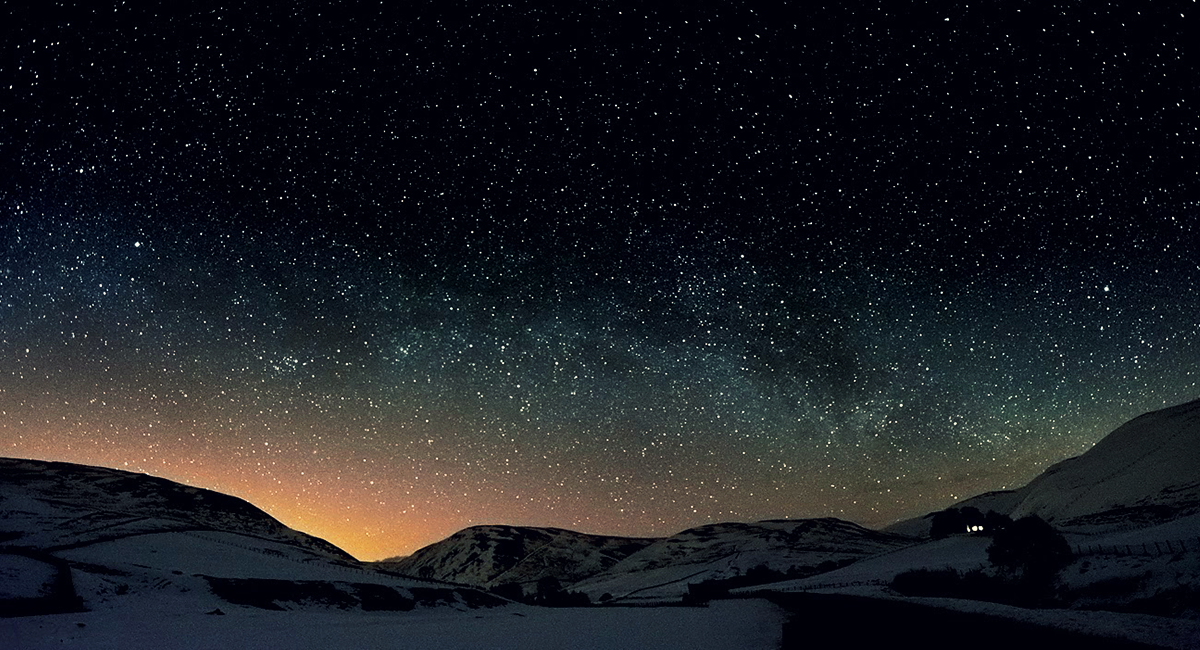 Where better to start than with officially the darkest place in England? The dense skies above the area comprising Kielder Water and Forest Park, Kielder Observatory and Northumberland National Park were recognised as the darkest by the Campaign for the Protection of Rural England (CPRE). Moreover, the location is one of only six to have been awarded ‘Dark Sky Status’ by the International Dark Skies Association (some others featured in this list have the same accolade).


With 250 square miles of stunning sprawling woodland and the aforementioned observatory right amongst it on the Black Fell slopes, this really is a fantastic place to get away from the smog and gaze up at the stars above. Naturally, unless you live locally, you’ll want to spend the night, and the nearby 17th Century Pheasant Inn is a charming place to rest up. 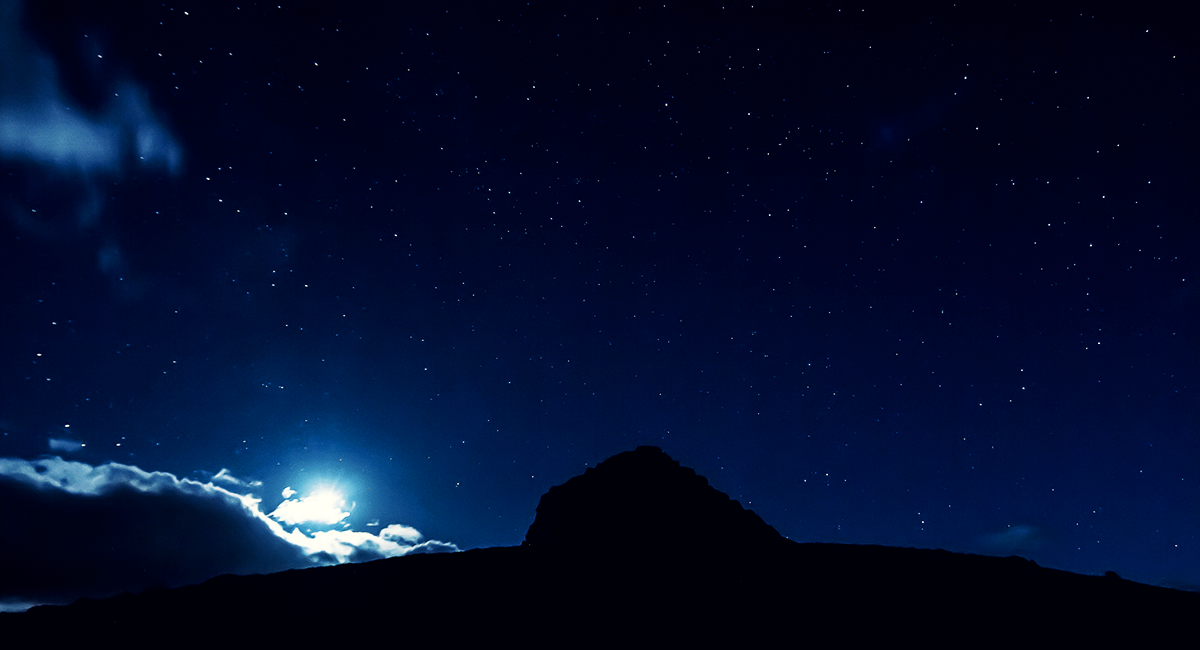 Another great spot with International Dark Sky recognition lies in Exmoor, with local authorities taking great measures to ensure that light is managed and the area is appealing to astronomers. On clear nights you don’t even need a telescope – many astronomical wonders are visible through the naked eye.

County Gate; Webbers Post; Holdstone Hill; Wimbleball Lake – these are just some of the fantastic spots you could pitch up for a night under the stars. If you don’t have your own telescopic equipment you can hire all you’ll need from one of the National Park Centres. For a great stay, we recommend The Old Rectory Hotel close to the coast – it was recently voted ‘Best Small Hotel’ by Visit England.

As the first UK national park to gain the coveted Dark Sky Status in 2009, Galloway Forest Park is known worldwide for its impressive technology, roll-off-roof observatory, and most importantly, its deep dark skies. With approximately 75,000 hectares of land, you’re spoilt for choice when it comes to finding a great spot (although Clatteringshaws Visitor Centre, Bruce’s Stone and Caldons woodlands are recommended by visitscotland.com).

While your nights are focused on Orion’s belt, the Plough, Cassiopeia, and other constellations, you’ll also find plenty to keep you busy in the daytime too. As one of the biggest forest parks in the UK, Galloway is a prime location for mountain biking, boasting more than 450 miles of marked routes. You’ll see plenty of wildlife and historic attractions along the way, making Galloway Forest Park an all-round gem. 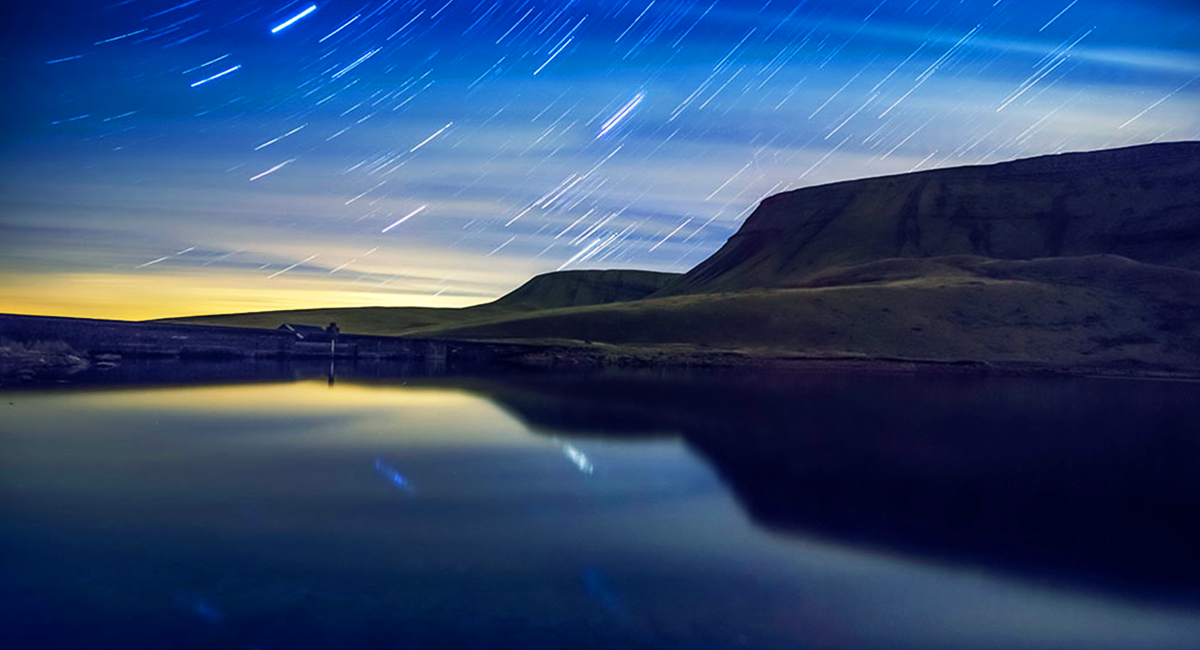 Dark skies in the Brecon Beacons

The only Dark-Sky preserve in Wales is situated in the Brecon Beacons. You’d be hard pressed to find a community which goes to such great lengths to ensure light pollution is reduced. The hard work is obviously paying off – on a clear night you can see just about everything from anywhere.

Well known for its beautiful scenery down here on Earth, the Lake District is equally renowned for the breathtaking views above it. Stargazing at night is the perfect end to your days here; with some of the darkest skies in the county, you don’t even need equipment. Grizedale Forest Park is the place to be, drawing in thousands of visitors every year.

If you’re planning your trip but haven’t decided where to stay yet, we recommend the Grizedale Lodge in Hawkshead. With easy access to the Grizedale trails, it’s the perfect base for your Lake District stay.

If you want to find more information about our top five and find more dark sky locations across the UK, visit GoStargazing. 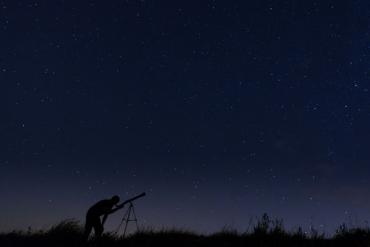 Star gazing in the Brecon Beacons 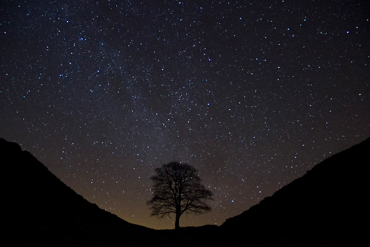 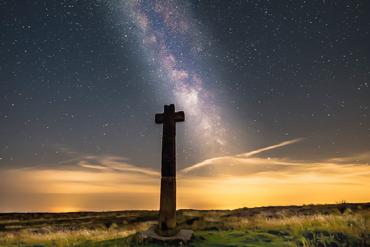