A beginner's guide to triathlon

The triathlon is a tough but rewarding event and there's plenty of choice in distances. Whether your aiming to tackle major miles or take on a shorter challenge, this beginner's guide to the triathlon will help you work towards your first triathlon.

The triathlon is a formidable event, but it's also extremely rewarding and provides a much more all-round training experience. Events take on varying distances, which means you don't have to be an athlete to give it a go. Making the jump from occasional fun runner to triathlete shouldn't be underestimated, though. So with this in mind, here is our beginner's guide to the triathlon.

Triathlons are - as the name suggests - a race in three parts: swimming, cycling and running. This is also the order in which nearly all triathlon events will take place, as most begin in the water and end on foot. Whilst no one reason has ever been given as the definitive, many put it down to simple concerns over safety - going from the riskiest activity through to the safest.

Given the level of exhaustion a participant is likely to feel toward the end of a triathlon, it's best if energy reserves aren't almost completely depleted when trying to swim - especially as many races take part in open water. Likewise, travelling on a bicycle is almost invariably quicker than running, so it's best if this speedy part is done when a person has plenty of energy remaining. After all, grinding to a halt or completely hitting the wall when on foot is much less likely to result in injury for the person themselves or their fellow competitors than if they did so on a bike.

What are the triathlon distances

One major positive for would-be triathletes is the huge variety of distances on offer. This means that even some of the least confident triathletes or those who want to give it a try without too much commitment will still find something suitable.

Next comes the Standard (or Olympic) distance, which a large percentage of events being run across the UK will start at. Here, participants will undertake a 1,500m swim before getting on their bikes for a 40km cycle, then complete the race with a 10k run.

Longest of all is the Long Distance Triathlon - or Full Ironman. This involves a 3.8km swim, 180km cycle and 42km run. As the name suggests, this is a huge undertaking that's probably best left to anyone that has years of triathlon experience or a number of other Ironman race finishes under their belts.

Training for a triathlon

Training for a triathlon is as much about the mental preparation as it is the physical. After all, everyone will have their preferred disciplines which they not only enjoy most but are also best at. For this, it's all too easy to stick with what you enjoy and over-train for one whilst neglecting the other two. It's an easy one to fall into, but can prove dangerous when the big race day comes around.

To combat this there are plenty of diaries and planners available to ensure equality across all disciplines. That being said, it's always wise to tailor these to individual needs.

For example, a seasoned fun runner looking to take on a Standard triathlon may not need to do much in the way of running, if they can already complete 10k with relative ease. Here, more effort can be put into swimming and cycling to get these up to speed. Even in this example, however, running shouldn't be discarded entirely, as completing 10k when fresh is a wholly different prospect to doing so after a 1,500m swim and 40k bike ride.

The second half of a triathlete's training sessions should involve stitching events together so the body can get used to changing between them. So to start, try the easier option of beginning with a bike ride, then ending with a run. It will feel peculiar at first and often leaves participants thinking they are running at a snail's pace - because they've got accustomed to bike speeds. This mentality is often the reason for runners going too fast and exhausting themselves almost right away - so there's much to be said for getting used to this well ahead of race day.

A wearable GPS device can help you monitor your progress, watch your speed and show your route.

Where the swim-bike transition is concerned, however, things might get a little more difficult. Those who live near open water which is suitable for swimming should be fine, as they can lock up their bike on the shore and simply take to it once the swim is over. For everyone else, though, a little more preparation may be needed.

So at the gym, heading in for a swim, then quickly drying off and changing before getting onto the bikes may need to be considered. Better, though, would be to join a local triathlon club, as these will often have the facilities themselves (or a suitable destination in mind) where transitions can be practised. Remember, the changeover will be included in your finishing time, so think of this as well as the disciplines themselves if you're looking to beat the clock.

Armed with this information, would-be triathletes should now be able to make the transition from a single to multi-discipline event. As noted above, there is a lot to think about with a triathlon, not just the event itself but also possible distances to attempt and the training needed to make it a success. Plus, if all this seems like too much, there's always the opportunity of doing a triathlon in relay with two friends (which some - but not all - races allow).

Find a triathlon clubs near you on britishtriathlon.org, plus more information on how to train and upcoming events. 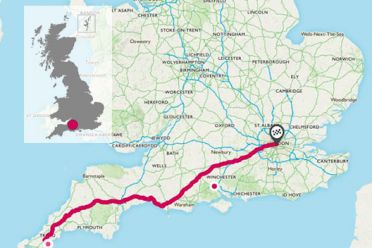