The Northern Highlands of Scotland are home to the most remote and dramatic landscapes in Britain and there is one epic route which encapsulates it all, the North Coast 500 (NC500). Popular with both drivers and cycle tourists, we break this iconic journey up into sections and share our 10 best NC500 walks along the route for you to enjoy.

Named the ‘Route 66 of Scotland’, the NC500 is a jaw-dropping 500-mile/800km (ish) road route that naturally follows the rugged coasts of the North Highlands – one of Scotland’s best-kept secrets. This makes it the ultimate road trip for those wanting to experience the beauty of Scotland.

It all depends on what you’re after! Think stunning coastal scenery, white sandy beaches, rugged mountains, remote fishing villages and plenty of unforgettable experiences. Some of our favourite places include Sheildaig, Duncansby Lighthouse and Stacks, Ullapool Harbour and Castle Varrich. All these places feature in our recommended walks below, taken from the North Coast 500 and Northern Highlands Pathfinder Guide.

How long does it take to travel the NC500?

Every bend in the road opens up a new view to take your breath away. Although VisitScotland recommend at least 5 to 7 days to tour the NC500, nearer 10 days are needed if you are going to have time for short walks and stop-off to look at sights along the way – which we highly recommend doing! There’s no need to tackle the whole thing in one go and it’s often nicer to explore in-depth a section at the time, stopping off for a few days in one or two villages on route.

Naturally, the roads are far from straight and many are single-track, including main A-roads in the west and north. Those factors mean that driving and cycling times are much longer than might be expected.

Whether you’re sitting in a vehicle or on a bike, it’s a good idea to stop regularly to admire the view, get some fresh air and stretch your legs. We’ve picked 10 great circular walks from the North Coast 500 and Northern Highlands Pathfinder Guide for you to enjoy whilst exploring the NC500. Most of these routes are on well-surfaced paths and can be completed in one hour to half a day, allowing time for travelling or sightseeing. More information, including turn-by-turn directions for each walk, can be found in the North Coast 500 and Northern Highlands Pathfinder Guide.

Starting in the charming seafront village of Shieldaig, this walk explores the rugged peninsula that extends northwards into Loch Torridon. Parts of the route are rough walking, but can be avoided by staying on the track that weaves between rocky knolls to the tip of the peninsula. Here the view extends over Upper Loch Torridon to the dramatic Torridon mountains. Seals, otters and seabirds use the bay and white-tailed eagles nest in the treetops of Shieldaig Island, which is covered in native woodland of mature Scots pine.

This unique walk is around the only waymarked mountain trail in Scotland. It explores Britain’s first National Nature Reserve, created in 1951 to protect the largest remnant of Scots pine forest in the west Highlands. Above the trees it climbs through heath onto bare mountain terraces with superb views of the surrounding landscape. Loch Maree lies far below with another mountain, castle-like Slioch, on the far shore. The top of the trail is a wild and eerily bleak place, contrasting with Kinlochewe set in green fields below.

Ullapool is a busy fishing and ferry port, and the main tourist hub on the north-west coast. After a short but steep climb, Cnoc na Croiche offers a bird’s-eye view of the village and a fabulous prospect up and down Loch Broom, the sea loch on which it sits. Further inland Meall Mòr, known locally as Ullapool Hill, has a 360-degree view, with mountains ringing the horizon. It looks down on the route ahead across Rhidorrich Estate to Loch Achall. The estate has remnants of Caledonian pine forest and the walk leads through regenerating woodland.

The Crag Trail is the longest of three waymarked walks around Knockan Crag National Nature Reserve, which is notable for its geology. It is set in an astounding landscape where primeval looking mountains rear out of a landscape of bare moorland and scattered lochs. Here you meet some of the world’s oldest rocks and see evidence of the huge upheavals that have created Scotland.

This all-abilities path, suitable for prams and wheelchairs, gives easy access to wonderful scenery of small lochs, heather moorland and young pine trees, with spectacular mountains rising on the horizon. It explores part of Little Assynt, a community-owned estate of over 2,900 acres (1,175 hectares) where locals are restoring the native woodland. Take a picnic to eat while enjoying the views.

Faraid Head points northwards from Durness, just east of Cape Wrath. A mile (1.6km) of pristine sand, Balnakeil beach, stretches down its west side. The base of the peninsula is lowlying grassland, its middle part contains some of the finest sand dunes in the Highlands and its tip rises to impressive cliffs. The highest point is inaccessible, as it is occupied by Ministry of Defence buildings used to monitor naval gunnery and aerial bombardment exercises over Cape Wrath. Don’t worry if you hear explosions!
OS Explorer map for Balnakeil Bay and Faraid Head

Escape the tourist infrastructure of busy John O’ Groats on this spectacular cliff walk at the extreme north-east tip of Scotland. Easy walking on short maritime turf leads to a view of the two Stacks of Duncansby, looking like sharply-pointed pyramids. Continuing further, on to the wilder Hill of Crogodale, provides new perspectives. This makes an excellent late afternoon walk when the sun is shining from landward onto the stacks.

Looking out to Castle Varrich

The stone tower of Castle Varrich (Caisteal Bharraich in Gaelic) stands prominently atop cliffs overlooking the Kyle of Tongue where turquoise water flows between sand bars as the tide ebbs and flows. A stronghold has occupied this prominent position for centuries and its origins are lost in the mists of time. The gentle approach crosses a bridge and runs through woodland full of birds and wildflowers. Take a picnic to enjoy the view from the grassy area at the top.

View of Maiden Pap from the summit of Morven

Morven is the highest hill in Caithness. Like its lower neighbour, Maiden Pap, it is conical and rises sharply out of miles of empty moorland. Climbing Morven involves clambering up rough screes, but the reward is an incredible view all the way to the north coast over the low-lying Flow Country of peat, heather and lochs. Although even steeper, the summit of Maiden Pap can be reached by vegetated gullies. Either hill can be tackled on its own, or you can simply stroll along the good track to Corrichoich for a picnic near the remains of an Iron Age Aisled-house.

Loch Fleet is a large tidal basin that is the most northerly estuary on Scotland’s east coast. The shallow bay is rich in fish, molluscs and salt marsh that provide food for ospreys, waterfowl and waders. On its shore, Balblair Wood is a Scots pine plantation with a wildlife hide. The wood is home to red squirrels, pine marten and Scottish crossbills, and contains rare wildflowers that are relics of the great Caledonian Forest: one-flowered wintergreen, twinflower and the tiny orchid creeping lady’s-tresses.

For more circular walks on the NC500, plus more information on the walks above, read the North Coast 500 and Northern Highlands Pathfinder Guide. This handy book contains detailed route descriptions and key information about each walk to ensure you find your way and don't miss the best bits. 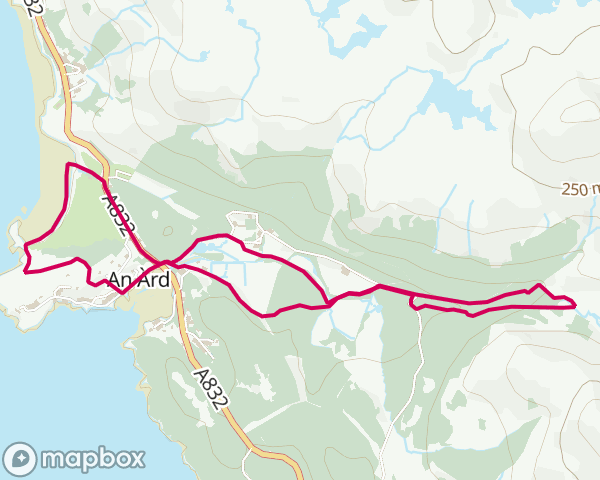 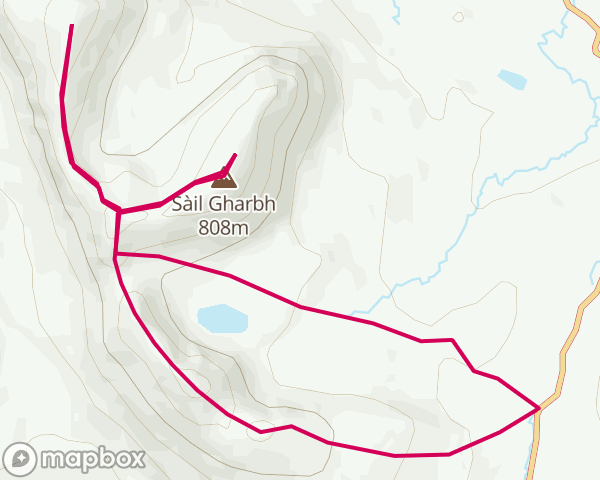 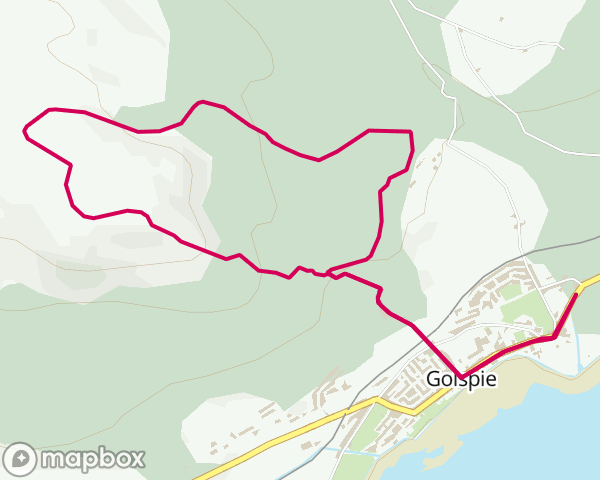 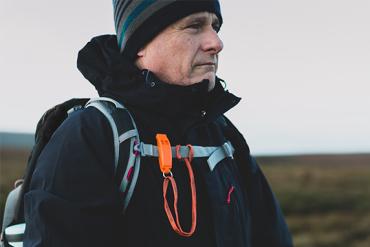 Safety tips for walking outside 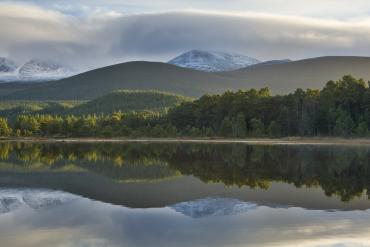 5 great walks in the Cairngorms 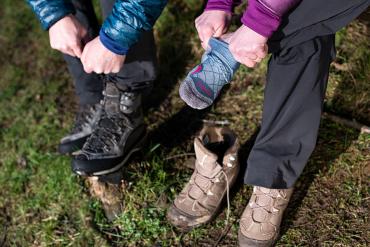 Your guide to walking socks