Most haunted places in Britain to visit

Have your own fright night this Halloween by visiting one of Britain’s most haunted locations. We share the ghostly stories of our favourite places to go for a spooky day out. From castles to country parks, city bookshops and pubs - there's an eerie place for all.

Cawdor Castle is believed to be haunted by the ghost of Muriel Calder, a daughter of the Earl of Calder, during the 18th century. Sightings of Muriel have claimed to see the apparition of a woman with no hands in a blue dress with long brown hair.

There are two versions to the story of her demise, both revolving around falling in love with a member of a rival clan that her father was extremely disapproving of. He forbid her from seeing her lover but Muriel would secretly sneak out of the castle to meet him. The first version of the story tells that after being caught by her father returning from seeing her lover, he beat her with rage and chased her to the top of the tower where she’d runaway to hide from him. He later broke into the room where she was trying to escape out of a window. Furing his rage her father drew his sword and cut both of his daughters hands off, sending her falling to her death.

In the second version, instead of chasing her to the tower, her father is said to have cut of her hands so that she would never embrace a lover again.

The Glencoe Massacre of 1692 is an infamously dark bit of Scottish history. Soldiers acting on Government orders were invited to the residence of Clan Macdonald pretending to be friendly visitors. During the night, whilst their hosts drunkenly slept the soldiers slit their throats and murdered them. According to legend, members of the Macdonald clan survived and fled into the surrounding woodlands, with many believed to remain there to this day…

Hidden away in St Edward’s Passage, Cambridge, is the local legend of Sarah Keys bookshops. Offering both paperbacks and paranormal activity, the small shop packed with hidden gems is known for its dark side. Visitors have reported seeing a female spectre stalking the stairs of the bookshop, leaving the faint scent of violets. Although the ghost, also known as ‘The White Lady’ has been largely unexplained, many believe that it may have something to do with the shop’s past as an Alehouse and some form of violent history that came along with it.

Said to be one of the most haunted buildings in England. In the 17th century, Aston Hall was inhabited by a landowner and his daughter. The tale tells that when the daughter tried to run away with one of the servants, the father imprisoned her in the property for sixteen years, and the servant, bereft of his love, killed himself. The daughter, according to sightings, still remains inside Aston Hall to this day, and is known only as “The Grey Lady”.

Plas Mawr is an Elizabethan 16th century townhouse in the medieval coastal town of Conwy. The property was built by Robert Wynn with his two wives (both named Dorothy) who died at the property. His first wife died of illness and the second, fell down the stairs whilst carrying her newborn baby. A doctor was called to tend to Wynn’s wife and child and was he told, in no uncertain terms, that they were not to die. For good measure, Wynn locked the doctor in the bedroom. Unfortunately, both passed away from their injuries but when Wynn returned to check on them the doctor was nowhere to be seen when the bedroom was unlocked. Many say the doctor tried to escape up the chimney and suffocated.

Since then, multiple ghosts are believed to have been seen in the property. A ghostly face is seen peering out of the bedroom door, Robert Wynn is seen walking around the house, greeting people that walk past. On the second floor two women spirits have been encountered, one of them seems distressed and some believe that they are Wynn’s wives.

Others have encountered poltergeists who like to throw items at guests and the smell of tobacco can be smelt. Unseen hands touch guests and the spirit of a black cat has been seen stalking the floors.

During the 17th Century Edinburgh Grassmarket was home to Major Thomas Weird, a respected citizen of the city. At the age of 70 Weir announced his own volition that he practiced witchcraft, black magic and other crimes. Weir and his sister, whom he’d implicated in his confession were executed for their alleged crimes and left behind one of the most haunted houses in Scottish legend. On 11th April 1670, Weir was sentenced to death by strangulation and his body was burnt to ashes. After the death reports began of sightings of Weir’s cloaked ghost, clutching the magical staff around the city. A spectral coach was reportedly seen driving to the door to take him and his sister away to hell. Even to this day it is said that the Major’s staff can be heard tapping in the market.

Another spooky story of the Grassmarket is Maggie Dickinson, later known as ‘Half Hangit Maggie’ . Forced to leave Edinburgh to the Scottish Borders due to her husband abandoning her, Maggie later fell pregnant to an inn keeper. Despite secretly giving the baby away the concealment of her pregnancy was later discovered, and she was brought back to Edinburgh to face trial. After being found guilty, she was hanged in the Grassmarket and her body was returned to Musselburgh. On the way, the men delivering her body heard knocking and banging coming from her coffin, they opened the lid to find that Maggie was still alive. She was later pardoned as it was decided she had been acquitted in the eyes of God!

“Double, double, toil and trouble, fire burn and cauldron bubble!” The notorious trials of the witches at Pendle Hill have left people in East Lancashire erring on the side of caution since 1612. Allegedly, ten witches were buried beneath the hill following their hanging at Lancaster Castle. The spirits of the ten witches are believed to still be out for revenge after being put to death. Among them is Alice Nutter who was famously known for having a chilling silent presence during the trial where she was found guilty of the murder of Henry Mitton by using witchcraft.

Home to Margam Castle, Margam Country Park is a hive of haunted activity. On the outskirts of Swansea, the gothic country house is regularly said to be haunted by the ghost of Robert Scott, a former groundskeeper who is often spotted climbing the main staircase to the house. Killed by poachers, he is said to be responsible for much of the poltergeist activity and have been known to throw stones at people who try to make contact with him. There have also been reports of Victorian children at Margam Castle who can be heard playing, giggling, even mischievously moving objects and are sometimes seen in prereferral vision darting in and out of rooms.

In the grounds of the country park lay the ruins of an old Abbey which is home to ghostly monks, while darks figures have been seen wandering the grounds at night and disembodied voices have been heard talking.

‘The Blue Lady’, and ‘The White Lady’, both with their own tragic stories, are known ghostly tenants of Berry Pomeroy. Locals believe that the Blue Lady was the daughter of a Norman lord, who killed her child having conceived it with her father. Apparently, the Blue Lady appears in the window of the highest tower, beckoning to passers-by attempting to lure them inside. Those that are foolish enough to go looking for her are said to fall to their death from the tower. The White Lady is thought to be Lady Margaret Pomeroy, who haunts the dungeons of the castle, after being imprisoned there by a spiteful and jealous sister.

Located in Abergavenny, the Skirrid Mountain Inn is the oldest, and many say most haunted pub in Wales with history dating back to the Norman conquest. The first floor of the inn was once used as a court where Judge Jeffries (the hanging judge) began his career of executions, with over 180 hangings taking place there in the building. In fact, the original beam which still bears rope marks of the hangings carried out. Paranormal activity is frequent within the inn, from smelling ladies’ perfumes, hearing the swoosh of woman’s skirts and soldiers trooping outside. A woman has been sighted in the courtyard on many occasions and the ghost of John Crowther, a sheep rustler also haunts the place. He was pronounced guilty of his crime and put to death by hanging there. The most active space of the Skirrid Mountain Inn is said to be the guest rooms. Reportedly, room no. 3 is haunted by the spirit of Fanny Price who worked in the inn during the 18th century. 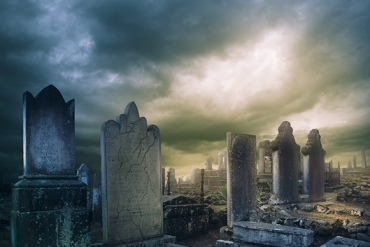 Five of the spookiest walks 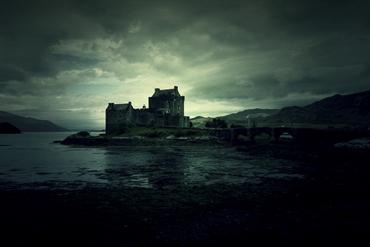 Spooky place names in the UK 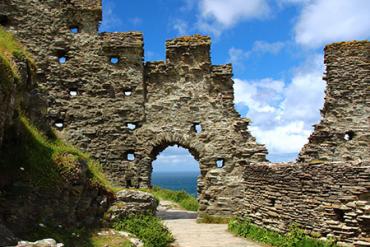