There’s been a sudden surge in interest in cycling recently, which is great! But like all users of the outdoors, cyclists need to be aware of their responsibilities too. Read on for what you can do…

Know where you can cycle

On a bike, you can cycle on any road open to normal traffic, aside from motorways. It’s actually legal to ride on a dual carriageway, but it’s not pleasant, so is generally best avoided if possible. Some of the best on-road riding routes will be quieter ‘C’ roads shown in light yellow or white on maps. You cannot ride on most pavements, unless they are specifically designated as a shared use pavement, with a ‘bike’ sign at the start. It’s a £30 fine if you are caught doing so. You are allowed to push a bike on a pavement, or to use a pedestrian crossing. Some roads will have a specific cycle lane, designated with a bike symbol and sometimes a different colour.

You can also ride off-road on designated cycle routes and bridleways. One of the best ways to find cycle routes is the National Cycle Network on OS Maps – this shows a network of on and off-road trails, marked by orange dots on an Explorer map (green dots and circles on the Landranger maps). You can also ride on any bridleway, Byway open to all traffic or a Restricted byway, designated by a longer dashed green line (Explorer maps) or purple line (Landranger maps).

In Scotland, Freedom to Roam means you are free to cycle on most paths or tracks, as long as you avoid damaging crops or the environment. You can read more about there rights here.

Cycling on the Downs Link footpath and bridleway

If you are in the country, follow the Countryside Code:

You can see the full countryside code here 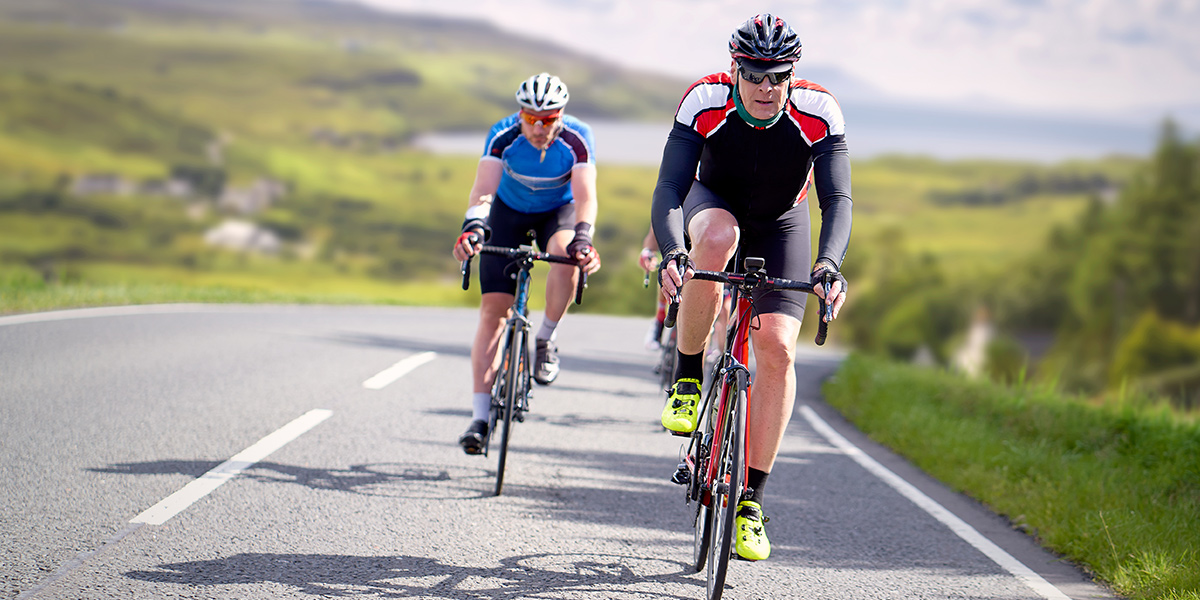 When cycling on the road, follow the Highway Code

Always cycle with respect for others, whether other cyclists, pedestrians, people in wheelchairs, horse riders or drivers, and acknowledge those who give way to you.

When cycling on shared use paths, bridleways or roads with no pavement, give way to pedestrians, leaving them plenty of room in case they move unexpectedly. Be prepared to slow down or stop if necessary, especially if they have not noticed you. Be careful on blind corners and use your bell or an ‘excuse me’ if needed to let people know you are approaching.

Some horses can be scared by bicycles, so pass them wide and slow, or stop and let them go past. Don’t ride directly behind a horse, as some will kick out. Some dogs, too may get agitated by passing bikes, and may move very suddenly, so give them room and be prepared to stop

When cycling in a group, you should generally avoid going more than two abreast to allow room for other users or traffic, and ride at the pace of the slowest rider. Especially for larger groups, you need to be aware of the impact on others when riding and resting in terms of noise, where you park your bikes and allowing others to enjoy the area at the same time.

Whether you are cycling from home or further afield, cycle for fun or for transport, don’t forget to have fun! Take a picnic, explore a route you don’t normally use, ride the long way home or take a break in a scenic spot and just enjoy the fresh air.