Over 570 million years, the land that we live on and the water that surrounds us has been home to an inconceivable amount of creatures. The majority are sadly extinct - although use of the word 'sadly' will depend on how passionate you are about humans being the dominant species on the planet - but their legacy lives on through the fossils we are still uncovering millions of years later, not to mention the evolution of all living species today.

Whether you want to look back in time and discover the fossilised remains of those that came before us, or admire the beauty of today's wildlife in its natural environment, there are many fantastic locations in the UK for you to set off to. Here are a few of our favourites.

Fossil hunting in the UK

As fossil hunting is synonymous with dinosaurs, Dinosaur Island's name alone is incentive enough for amateur-palaeontologists. Sandown on the Isle of Wight is one of the most revered sites for prehistoric remains in Europe and offers many fossil walks on which you can join the resident fossil hunters for excursions along the beaches.

More than 125 million years ago, the Isle of Wight was home to deadliest predator on the entire continent, the Neovenator - a carnivorous dinosaur that could grow up to ten metres in length and 2,000kg in weight. Other dinosaur remains that have been found on the small island include the not-so-small Sauropod, which at 54 tonnes and more than 66ft (20m) long was five times the length of a double decker bus. New discoveries are being made all the time, so book your ferry tickets now.

Map of the Isle of Wight: OS Explorer OL 29

Fossil hunters and collectors are encouraged in most areas of the Jurassic Coast due to the rapid erosion of its soft cliffs; The more people that are fossil hunting, the greater the chance that new specimens will be discovered before they are washed away.

With Triassic rocks dating back 250 million years and an abundance of life that lived here during the Jurassic period - most notably giant marine reptiles which inhabited the seas and pterosaurs that flew above - the Jurassic Coast provides incredible insight into the Earth's past that not many other places in the UK can, leading it be named a World Heritage Site in 2001. A year earlier, arguably the finest intact dinosaur fossil in the UK was found here (the Scelidosaurus - unique to the area), while more common fossils such as ammonites are also present.

Although harder to access than other fossil-rich areas (the steep edges and jagged rocks make it not suitable for children), hunting at Robin Hood's Bay can be rather productive. However, depending on the time of year you visit it can also be very difficult, so only those who are up for the challenge should give it a go. Fossiliferous zones below beach level are exposed during the winter months, so this is the time we'd recommend you visit.

Boggle Hole at the southern end of Robin Hood's Bay contains many interesting formations and is a great site for ammonites, belemnites and bivalves, while not far away in Ravenscar many dinosaur footprints have been found. The area was once home to a variety of three-toed theropods and plant-eating sauropods, so dust off your dusters and start hunting.

For fossil hunters in Wales, no area is as rewarding as Llantwit Major. Although ammonites are rare here, finding the large Jurassic shells of gastropods (some up to five inches long!) as well as sponges, corals and echinoids is far more likely. The large amount of marine life is also represented by the bones of fish and the Ichthyosaurus - a creature resembling a dolphin that lived in the late Triassic and early Jurassic periods.

Make sure you bring your hammer and chisel as many fossils will require prying away from the rocks, although they can also be found on the shore. If you need to take a break, the area is well-equipped with a pleasant café and toilets right near the beach.

Spotting wildlife in the UK

As one of the most westerly points in the British Isles, the Hebrides get more than their fair share of aquatic visitors during migrations, while others are year-round residents. Humpback whales and minke whales can often be found offshore throughout the summer, while killer whales (orcas) swim around the Hebrides all times of the year. Around one third of the North Atlantic's whale population travels through these waters each year, so it's not surprising for rare sightings of sei whales, sperm and fin whales, northern bottlenose whales and long-finned pilot whales either.

There are plenty of cruises around the waters available to visitors, where you'll also have a good chance to spot bottlenose dolphins and harbour porpoise. Seals are a guaranteed spot as several colonies live around Loch Gairloch's shores, but the second largest fish in the sea is also a regular visitor. The basking shark is now an endangered species, making sightings of this gentle giant a very special occurrence indeed.

A diverse range of open sea birds live around the Hebrides' shores, including Atlantic puffins, while golden eagles and white-tailed eagles can often be spotted soaring high above our heads. Red deer - Scotland's largest native wild mammal -can also be seen on the remote hillsides. All in all, a trip to the Hebrides is one that no lover of wildlife will forget in a hurry.

Maps for the Hebrides: OS Explorer 397

Birdwatchers will be in paradise on the Farne Islands, run by the National Trust. Widely considered one of Europe's most important bird sanctuaries, the islands are home to more than 20 different species. Arctic terns are known to stop here during their long migration to Iceland and Greenland, while dense (and noisy!) colonies of kittiwakes choose the Islands to nest. Perhaps the bird the Farne Islands is most known for is the puffin; Some 40,000 pairs of puffins call the Farne Islands home during spring and summer.

More than 1,500 cute grey seal pups were born on the islands in 2013, making October seal tours a very popular attraction.

The locations we've named are just a small selection of amazing places that keen fossil hunters and wildlife enthusiasts can visit. There are plenty of great UK fossil maps out there for you to use when planning your hunts, while all of the UK's stunning nature parks will have a variety of wildlife for you to enjoy. Get out there and see for yourself. 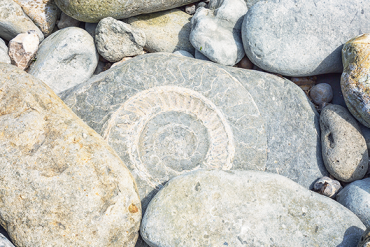 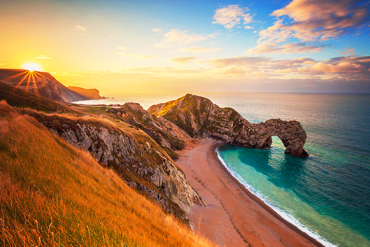 Best geological features to spot on the Jurassic Coast 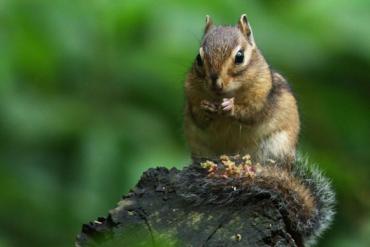