Mary-Ann Ochota looks at the amazing Dragon’s Back Race, challenging runners to cover 315km of some of the countries toughest routes.

A few months ago I spent a day running around a hillside with a man called Shane. I was interviewing him for an article about how to navigate better in Britain’s hills and mountains without wasting time. He’s been part of the national orienteering team, and last year won the celebrated Original Mountain Marathon, a demanding 2-day navigation race in the Scottish mountains. The man knows how to use a map and compass.

In the course of conversation he told me about the mountain races he organises himself. They’re tough, and take in some of the most iconic and challenging landscapes in the country – the Aonach Eagach ridge in Glencoe, the Cape Wrath trail, a three day mountain race in the Lake District that has ‘Expert’, ‘Wainwright’ or (the slightly more manageable) ‘Café’ course options. And then he told me about the Dragon’s Back Race. It’s a 5-day north-to-south journey along the mountainous spine of Wales, covering 315km (202 miles). The participants, who have to be experienced mountain runners, start in Conwy Castle and head south, checking in to control points as they head up and over pretty much every mountain the route setters can put in their way. The average daily distance the runners have to cover is a knee-jarring 63km, the total height they climb in five days is close to summiting Mount Everest. Twice. 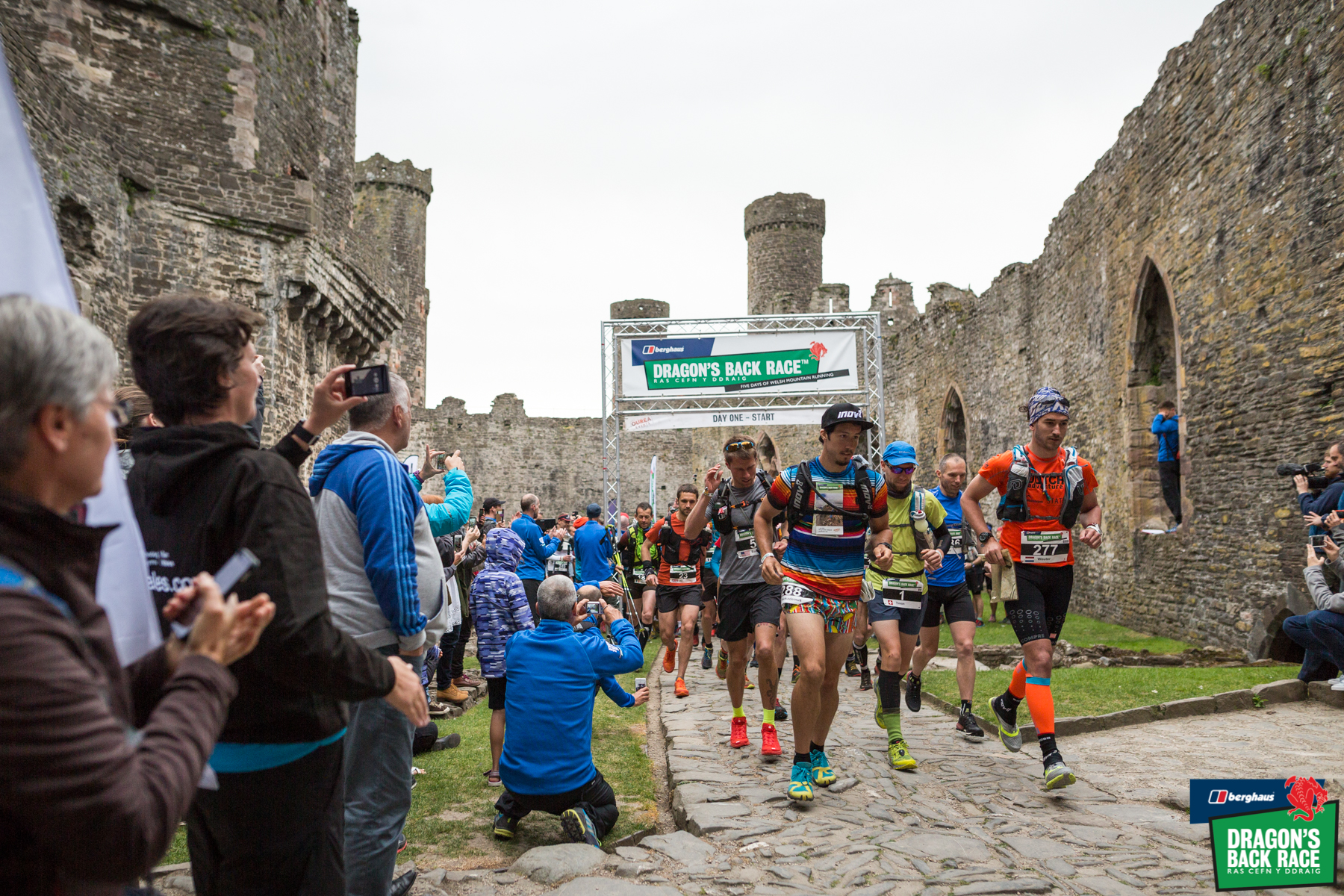 This is not the kind of running I do. It’s not the way I spend time in the mountains. A long run for me is anything that takes more than an hour. I probably spend at least a third of that ‘running’ time waiting for my big, lumbering Labrador to pee on trees or sniff rocks. When I travel in the mountains it tends to be with walking boots on my feet, and a picnic in my rucksack. 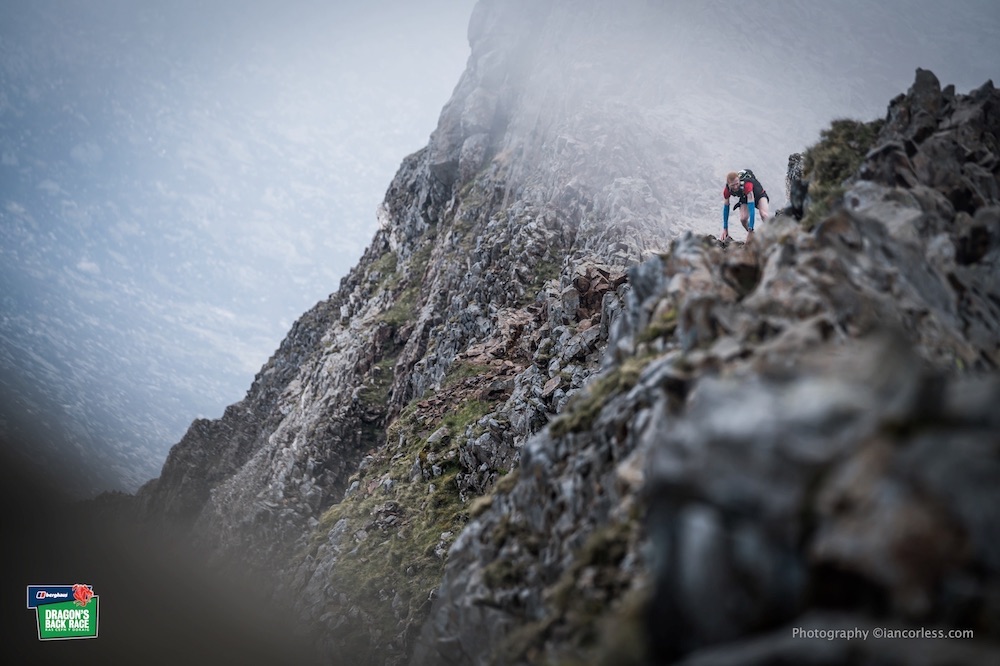 But there was something about the Dragon’s Back Race that caught my imagination. It’s epic – Day 1, for example, the runners smash out 52km from Conwy, across the Carneddau (Tal y Fan, Foel-Fras, Carnedd Gwenllian to Carnedd Dafydd then Pen yr Ole Wen) then up the jagged ridges of Tryfan, over Glyder Fach and Glyder Fawr, and down to Pen-y-Pass. Yes, that already sounds insane – it would take me two days to cover that ground. But then the runners carry on – up to Snowdon along the vertiginous Crib Goch ridgeline, continuing on to complete the rest of the iconic Snowdon Horseshoe route, then downhill for a final 5km to Llyn Gwynant. 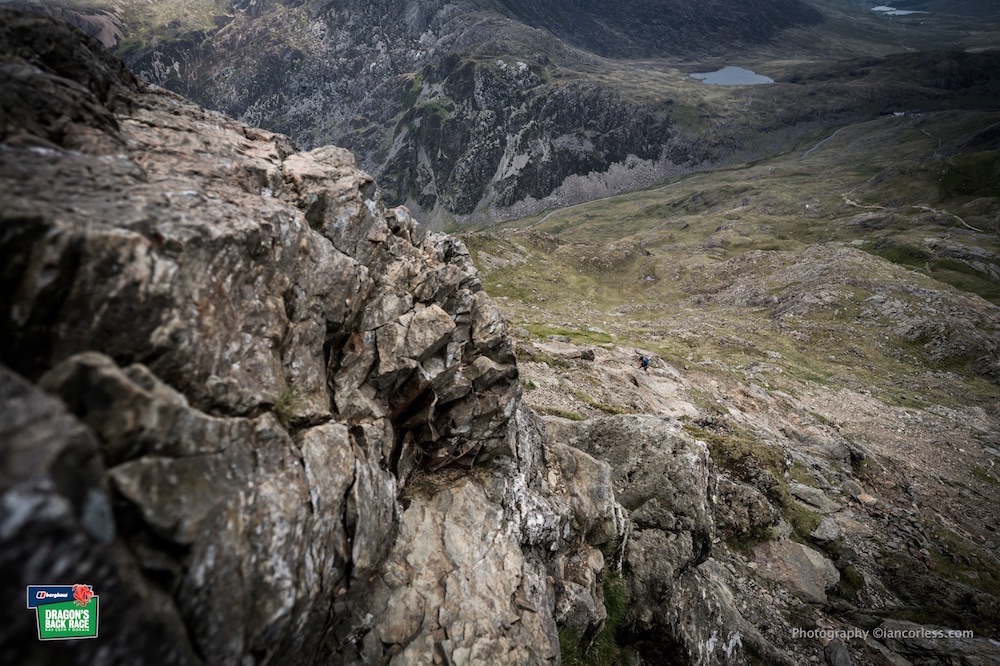 After a short overnight (the last competitors finish at 11pm, and start again at 6am the next day), they do about the same again, this time over the remote, dramatic landscapes of the Moelwyns and Rhinogs. Then 71km each day for the next two days (Cader Idris, the Cambrian Mountains, the Elan Valley). Then a final 63km with ‘just’ 2,200m of ascent. The feisty Black Mountain is the sting in the Dragon’s proverbial tail.

The elite runners are racing. Everybody else is simply trying to finish the course. Even amongst the rarefied and bizarre world of people who run ultra marathon distances regularly, ‘Dragon’s Back’ is whispered in fear and awe. If you finish the course, you’ve conquered the Dragon. If you win, you’re a Dragon Slayer. 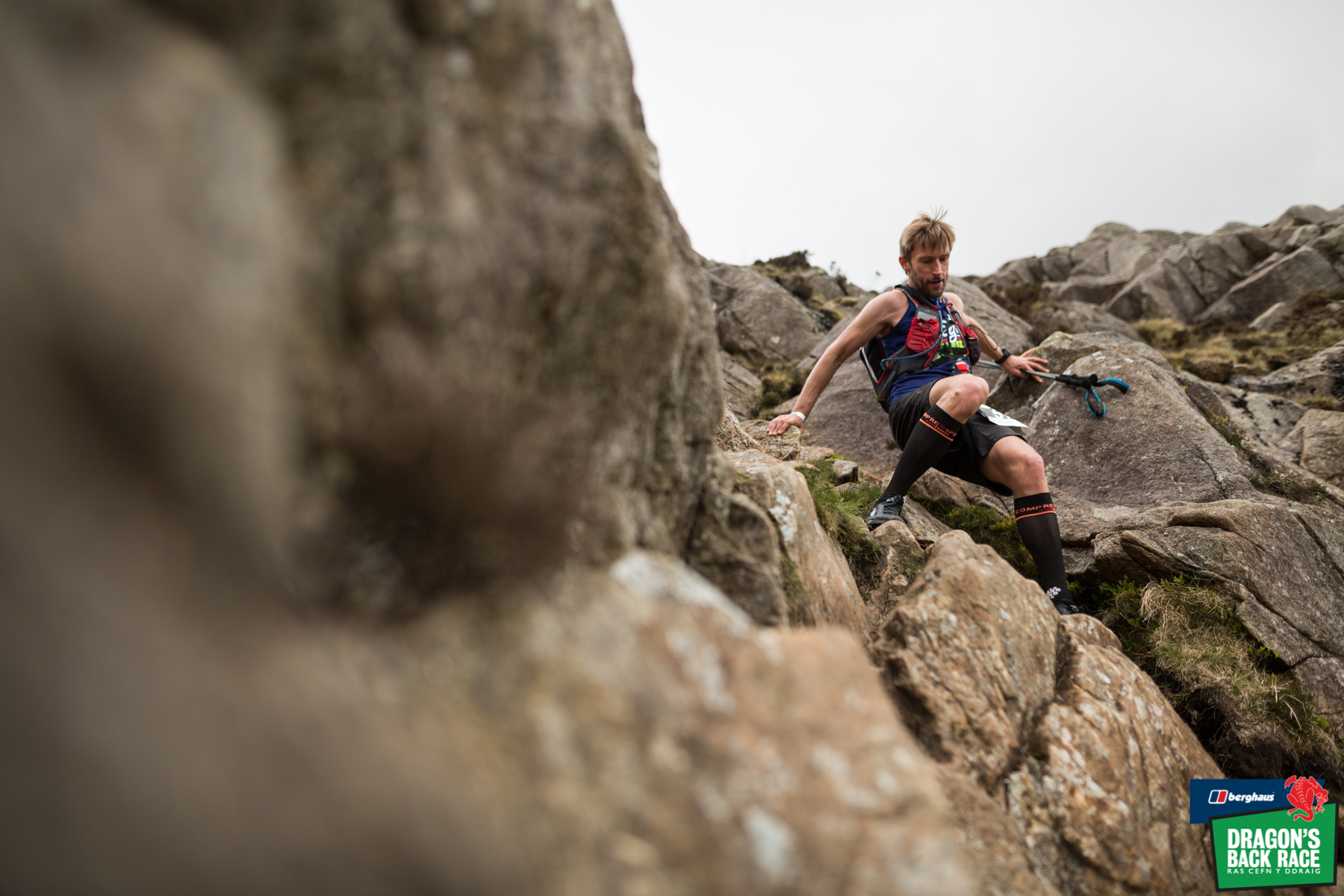 For me, a pretty normal hillwalker, it’s inconceivable to even start. Even if I trained really, really, hard, I wouldn’t manage this race. So why has it fascinated me? And it has – so much so that I’m writing this blog from a field at the race overnight camp, helping with the media coverage of the race.

I feel inspired by the effort and determination of the runners here, pitting their fitness and mental fortitude against the rigours of the Welsh mountains. I’ve been welcomed into a family of volunteer race crew – marshals, medics, kitchen staff, and armies of people erecting a carnival-esque tented village every evening – they make this event swing. 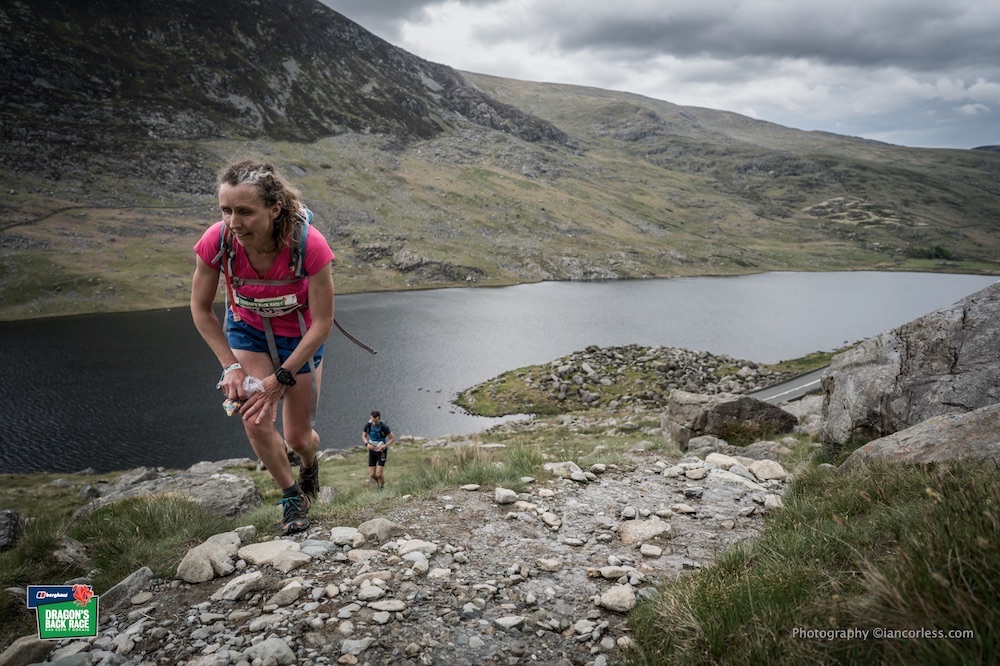 What’s really struck me is just how generous and friendly the people in this strange and special GetOutside world are. The care and camaraderie runners show each other – even when competing - is genuinely touching. They run insane distances, they eat strange gels and powders, they can carry on galloping over mountains for long, long hours. But, at heart, they’re like me and my friends. All of us head into the hills for the beauty of the landscape, the sense of freedom, the personal challenge, friendship. Whether we’re walking 12km, or running sixty, the desire to get outside, fill our lungs and clear our minds, is the same. 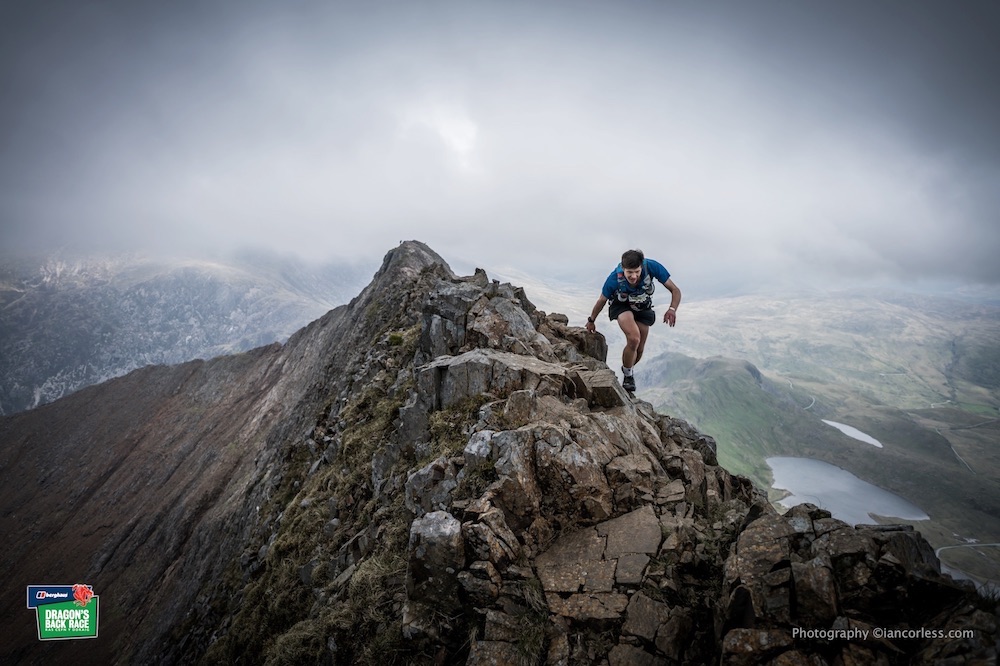