What is an FKT and how to get one

Everything you need to know about Fastest Known Time

Traditionally, January marks the time of resolution, setting goals for the 12 months ahead and making a list of what we want to do more of during the upcoming year. However, goals can be set at anytime of year and what better challenge than having a go at achieving a Fastest Known Time (FKT)?

What is an FKT?

An FKT is short for Fastest Known Time. What this means is the fastest known time it takes to complete a particular route. You can walk or run, although the aim is to travel as fast as possible. Over lockdown as organised events were cancelled many runners and hikers took to setting their very own FKTs or Only Known Time (OKT).

An OKT means you're the first and only person to submit a time on this route. So essentially, you can choose a route and if no one has attempted an FKT on it before, you'll bag yourself a OKT (which is technically still an FKT) even if you walk it! This shows it really is something that anyone of any ability can get involved in, so long as they they're up for a challenge.

There are some official guidelines and it's important to note that not every route is an FKT route. You can't use your daily dog walk for example, the route must be notable and distinct enough so that others will be interested in repeating it. National Trails, Regional Trails and Scotland's Great Trails would be perfectly suited to an FKT as would some of the well known challenges like the Bob Graham Round and the Three Peaks. However, the route doesn't have to be well known, some lesser-known FKT routes include London Underground Northern Line, Meon Valley Trail and the Sustrans Waterlink Way. Routes must be over 5 miles in distance or involve over 500 metres of climbing.

Setting FKTs is great way to challenge friends and family and explore more of the UK (there are over 500 submitted routes here already). FKTs aren't just popular on home soil, they can take you across the world with Europe and the USA being hugely popular with FKT baggers. Some of the most famous FKTs are hiking the John Muir Trail and the Appalachian Trail in the US which have become known as Premium FKTs routes and tend to attract top athletes.

Although there are no age categories, there are set gender categories (male, female, non-binary and mixed gender teams) and categories for the level of support you plan to receive during your attempt (unsupported, supported, self-supported and teams).

We caught up with ultra-runner and Montane athlete, Galen Reynolds, to find out how you too can set your own FKT.

I've tried for two FKT's and been fortunate on one of them. The first was the Paddy Buckley Round in Wales which is one of the UK’s big three rounds. Runners can start at any point on the circular route, with the run taking just over 100km (63 miles) and covering 47 summits. This was a challenging run right from the start because of the testing weather conditions on the day. Though I was not successful on this occasion, it was an invaluable experience and gave me food for thought for my next FKT attempt, the K24 in Slovenia. Attempts on the K24 started back in 2000 and I achieved my FKT in 2021. The route, playfully called Slovenia's Bob Graham Round, starts and finishes in Crna na Koroskem and is a spectacular circular route in the mountains of Slovenia over 85km and 5,100m of elevation gain. The conditions were beautiful but very warm, and I was able to set my first ever FKT of 13 hours and 36mins.

Route for the Paddy Buckley Round

How to plan for an FKT

It takes quite a bit of research to plan an FKT attempt and you find that the longer the route, the more research you will need to do. You'll need to factor in the route for navigation purposes, as well as taking in to account the logistics for getting additional supplies and kit.

Routes can be planned and followed using OS Maps and I find it helpful to speak with people who have experience of the route as they will point out things I didn’t think of. Often people share their experience of the route on the FKT website if it's been attempted before. Paper maps are often better for planning logistics and supplies whilst digital mapping is helpful once out on the trail.

Another factor for me is deciding on the time of year that works best to align personal fitness with the optimal weather in the area. Lastly, getting the right kit is very important. I use Montane's kit builder to tick off everything I need from base layers to running packs.

How to submit an FKT

If trying for an FKT sounds tempting, there are a couple of things you should do. Firstly, it's best practice to let the current holder know your plans, then register your intent on fastestknowntime.com. While on the route you will need to track your record using a GPS device. To successfully stake claim to an FKT make sure you verify it and note down your route and take photos at landmarks to validate your achievement.

If an FKT hasn't already been attempted on that route you'll need to submit the route first.

Top tips for attempting an FKT

There are two routes currently that I would like to have a crack at. At the moment I am putting together a solid effort for a second attempt at the Paddy Buckley Round and we are currently in the initial planning stages of this. Alongside this, I also have plans for a long-distance route in Slovenia called the Slovenian Mountain Trail which would involve running more than 600km and ascending 47,000m. Fingers crossed we can get both routes off the ground.

If you feel inspired and want to know more, you can find some top FKT routes in OS Maps. For kit to take you from your training through to your attempt, head over to Montane.com. To keep up to date with Galen’s progress you can follow him on Instagram. 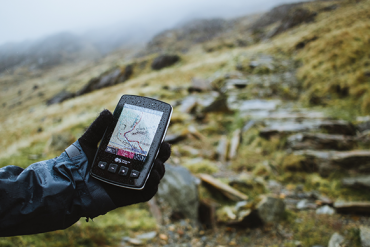 Guide to choosing a GPS device 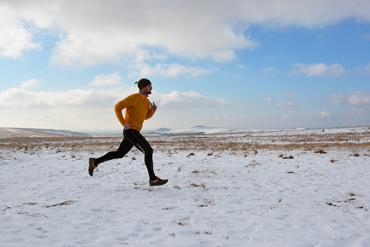 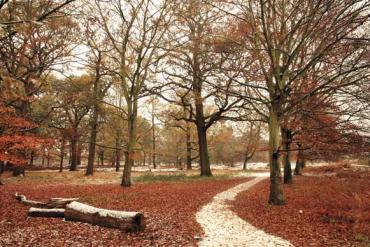 Spruce up your winter walks