One thing we’re often asked about is when someone has followed a public right of way shown on our map and found no visible footpath on the ground. Why is this? Public rights of way information is sent to us by local authorities, and a right of way doesn’t necessarily mean a footpath on the ground. We’re also often asked about blocked or overgrown rights of way. These need to be reported to your local authority too and, if any changes on our maps are required, they will pass that information along.

As well as rights of way, we also map permissive footpaths and bridleways as well as byways. And, if you don’t know the key differences or symbols of each of the types, you’re in the right place to find out!

We know the number of different symbols for public rights of way may get confusing, so we have broken down each type for you. Please note, these symbols are taken from our 1:25000 (Explorer) and/or 1:50000 (Landranger) mapping. 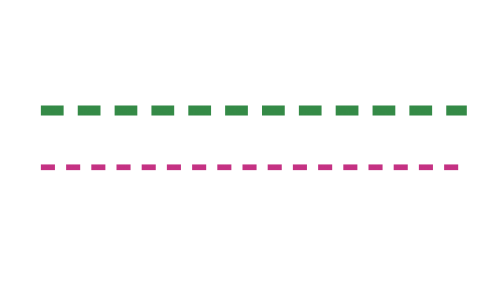 The green dashed line (on OS Explorer maps) or pink dashed line (on OS Landranger maps) are footpaths with a public right of way. They are legally protected routes that the public may use by foot. Local authorities hold and maintain the definitive map and statement of Rights of Way in their area and these are the legal documents for the status, alignment and width of rights of way. If an amendment is required, we rely on Local Authorities to pass this on to us so we can then revise our maps.

Footpaths may cross private land, and in such cases the footpath must be kept to as the public only have the right to walk along the footpath. If a landowner wishes to divert a public right of way they must obtain a legal order from their local authority. Footpaths are usually signposted with yellow arrows. 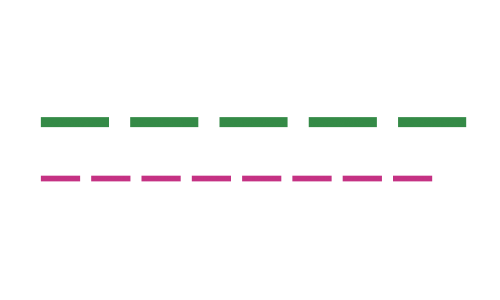 As with footpaths, bridleways are legally protected routes that the public can use on foot or on horseback. While cyclists are permitted to use bridleways, the Countryside Act 1968 states there is no obligation to facilitate cyclists on the routes and they must give way to other users. Bridleways are usually signposted with blue arrows.

Byway open to all traffic 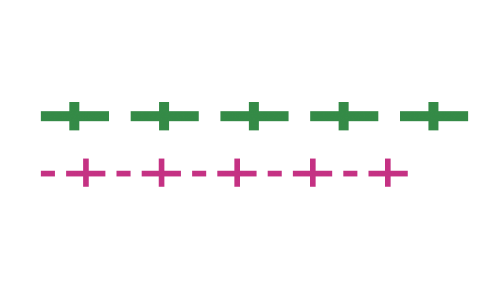 These are open to all forms of traffic – pedestrians, horse riders and carriage drivers, cyclists, and car and other motor vehicle drivers. These routes are often marked with red arrows. 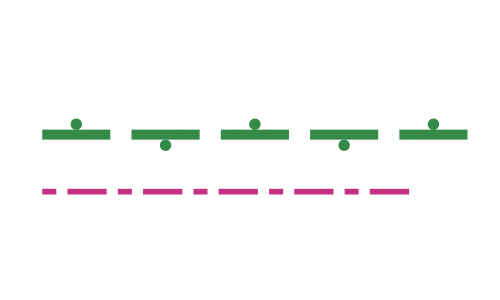 On these routes there are restrictions on how you can travel the route. You are permitted to use the route on foot, horseback, bicycle or horse drawn carriage. You cannot use any motorised vehicles along this route. These routes are often marked with plum-coloured arrows. 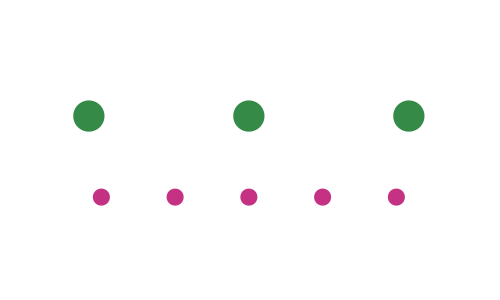 These are accessible by the public and either join the above rights of way together or suggest how rights of way can be accessed from nearby roads. ORPAs usually indicate that a route exists on a Highway Authorities' "List of Streets" that are maintained at public expense. They are usually Unclassified Roads and can be used by all types of user. Their exact nature and accessibility may be unclear so, prior to using one of these routes, you may want to contact the local highway authority to see if they can advise you on any restrictions. 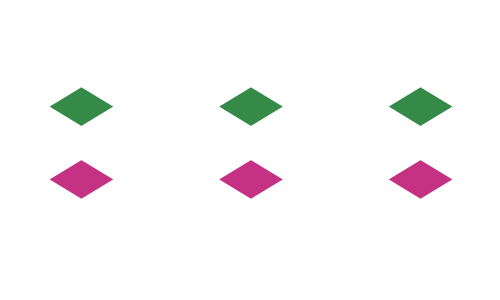 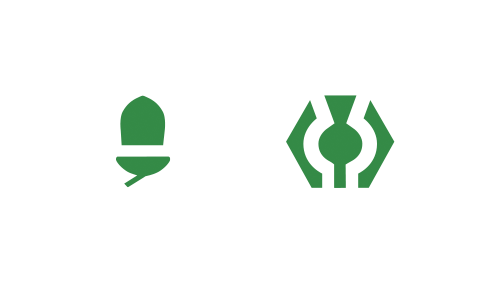 These are longer distance routes and are maintained and signposted through funding from public bodies such as Natural England. Some are only available for walkers while others may also be open to cyclists and horse riders. Each route has a National Trails Officer who is responsible for the coordination of maintenance, improvement and promotion of the route from the ground. They are shown as per recreational routes with either an acorn symbol (for England and Wales) or a thistle symbol (for Scotland) and name on 1:25000 Explorer mapping and as only a name (no symbol) with pink diamonds on 1:50000 Landranger mapping. 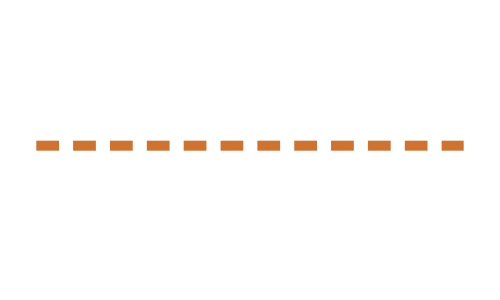 This footpath takes you over private land and is not a right of way. The landowner has granted permission for the route to be used by the public, but they also have the right to withdraw that permission if they choose. The path will often be closed for one day a year to protect the landowner against any future claims of continuous public right of way. The date(s) the path is closed should be well signposted in the area. 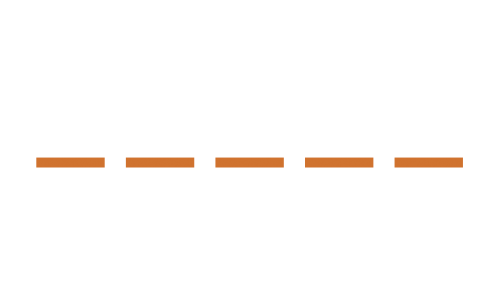 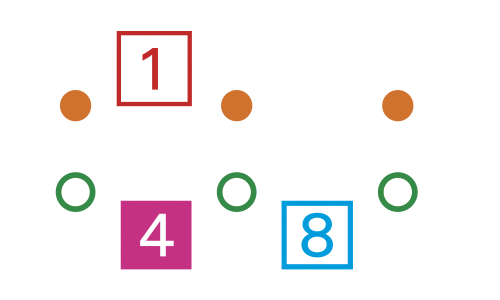 This is a designated traffic free cycle route. On 1:50000 Landranger mapping, only signposted national or regional off-road routes are shown which are managed by Sustrans. These are represented by green circles and a national (magenta) or regional (blue) cycle network number.

On 1:25000 Explorer mapping, off-road cycle routes are depicted with orange dots (provided they’re not coincident with a road, bridleway, permissive bridleway, byway open to all traffic or restricted byway). Those that are part of the National Cycle Network or are a national route have the addition of a red network number. 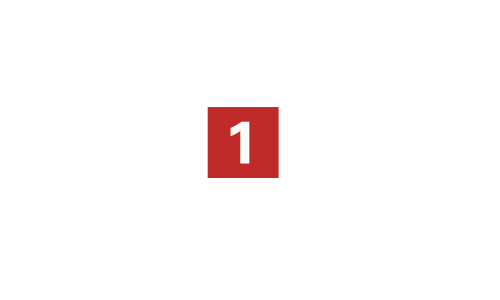 Only national routes which are signposted and managed by Sustrans are shown on our mapping. On 1:50000 Landranger mapping, they’re shown with green dots and a network number as above. On 1:25000 Explorer mapping, on-road national cycle routes are shown only with a solid red box. 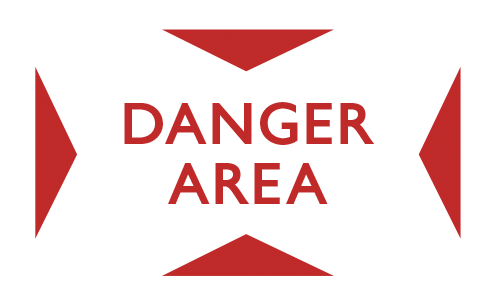 This could be a military firing range and the warning notices around the area should be observed and adhered to. You can contact the Ministry of Defence ahead of your trip to find out about access to a specific area. 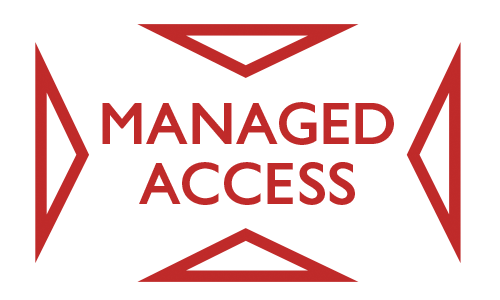 Again, this could be a military firing range and the warning notices around the area should be followed. Access is restricted and managed in this area and similarly, you can contact the Ministry of Defence to find out about access to a specific area. 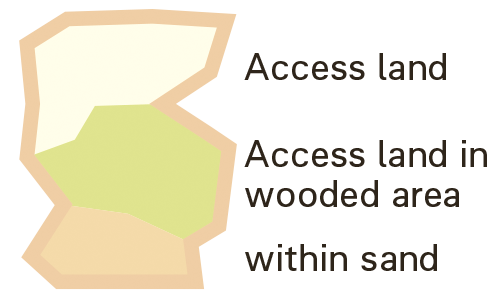 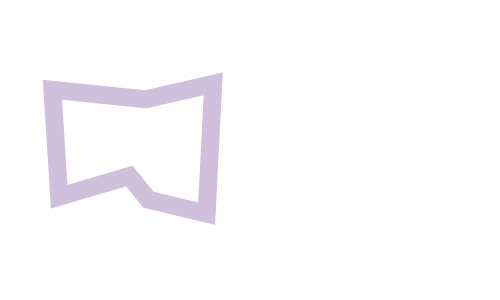 On our 1:25000 maps for England and Wales, some areas are shaded in yellow. This is open access land and within this area, you are free to roam. On 1:50000 Landranger mapping this is shown with a purple banding which includes symbols to differentiate between land owned by the National Trust, Forestry England, Forestry and Land Scotland and Natural Resources Wales. Although there are footpaths and trails running across this land, you do not have to stick to them if you don’t want to. 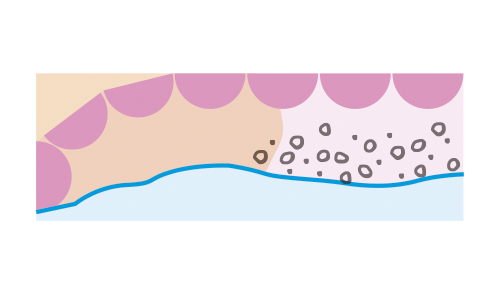 This is access land associated with the England Coast Path which, by its very nature, is sometimes steep, unstable and may not be readily accessible. The areas have a pink half-moon boundary on 1:25000 maps with a pale pink tint. Look out for local signage regarding access restrictions related to private property, cropped land and areas of marsh and mudflats.

The Land Reform (Scotland) Act 2003 gives the public the right to be on or cross any land for recreational, educational and other named purposes. There may be circumstances where you get permission from the landowners but, providing you are considerate and respectful of the land you’re traversing; you have the right to roam when walking, cycling or horse riding. You have the right to walk your dog too providing they’re kept under close control. You are not permitted on any land for hunting, shooting, fishing or using motorised vehicles. From your OS map, you will be able to see where land may belong to the National Trust for Scotland, Forestry Commission or Woodland Trust. There may be limited access in some of these areas, but local signs will instruct you. In addition, access land owned by the National Trust, Forest Commission or Woodland Trust will have purple band and appropriate symbol.

If you come across a blocked right of way, your first port of call should be the Rights of Way Officer (or similar) at the relevant local authority. They will hold the definitive list of the rights of way in that area and should be able to advise or help clear the route or take enforcement action if necessary. Then, if required, they will contact us so we can update our maps.

Dogs are permitted on all definitive Rights of Way but they should remain on the line of the path and be under close control. You should take particular care when crossing fields with livestock in and adhere to any local signs requesting dogs to be on leads.

Protect our rights of way

Routes must be correctly recorded on the definitive map by 2026 or they could be extinguished forever, whilst out exploring make sure to check that your routes are recorded on your OS map and at the correct status. You can find out more and find help to record any missing routes through organisation such as The British Horse Society, The Ramblers and The Open Spaces Society.

Now you know where you can and can’t go – have fun exploring Great Britain with our maps!

Top urban hills worth the climb

How to spot history on a map