GetOutside Champion Dave Wilson is as passionate about the outdoors as he is about his native Northumberland. From exploring the valleys of the Cheviot Hills, to hiking Hadrian’s Wall, his enthusiasm for England’s Border County is endless.

To help you explore, Dave has published his new guidebook ‘Day Walks in Northumberland’. In it, he takes the eager walker up hills, through forests, along coasts and to a selection of Northumberland’s many castles.

There's 20 routes in three sections; Northumberland Coast, Northumberland National Park and History & Heritage, and you can find a walk from each section below to enjoy.

This route is most enjoyed when walked on the beach, giving unbroken views along the coast with sand between your toes. There’s no better place to be on Northumberland’s shores. The route also features two long distance trails; Northumberland Coast Path and St. Oswald’s Way.

Starting in the fishing village of Craster, home of the famous Craster Kippers & Smokehouse for 100 years, the trail sets off across the National Trust reserve towards Dunstanburgh Castle. Grass track is watched over by the 14th century fortress and is one of the East coasts finest walks. The castle has seen action in the Anglo-Scottish Wars and the War of the Roses. 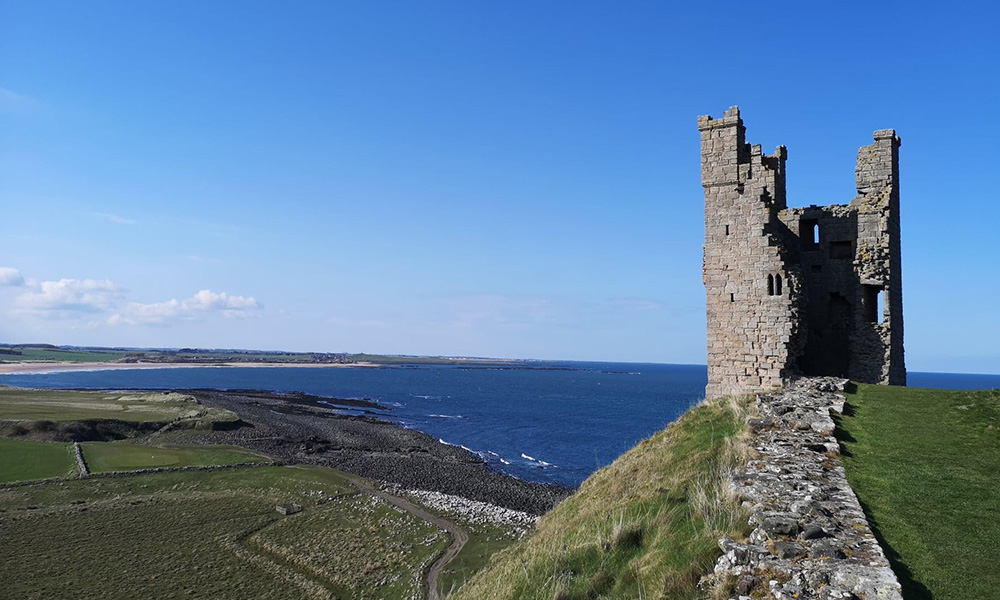 Beyond the castle, the trail goes past a World War II Pill Box (one of numerous defensive points along the coast) and onto the beach. The walk along Embleton Bay offers views back to the castle and Castle Point Crags and ahead to the carrs surrounding Newton Haven. Upon arriving at Low Newton a warm welcome awaits from the white washed buildings of this picturesque coastal hamlet. A must visit is the 18th century pub, The Ship Inn. A walk across the dunes of Newton Links leads to the Long Nanny bird reserve next to the burn of the same name. A bridge crosses the burn to keep feet dry. Ahead is Beadnell harbour (the only West facing port on the East coast) and its 18th century lime kilns.

The penultimate town on route is a popular seaside haven with a rich fishing heritage. Seahouses now boasts a fleet of boats taking visitors to the Farne Islands. The Farnes are also the location of the famous Victorian heroine Grace Darling’s daring rescue in 1838.

Leaving Seahouses, the horizon is now dominated by the mighty fortress of Bamburgh Castle. The ancient capital of the kingdom of Northumbria, and a fitting end to a day’s walk.

Hadrian’s Wall has been a prominent feature of the Northumberland landscape for nearly 2000 years. Built as the northern frontier of the Roman Empire, the wall highlights both the beauty of this landscape and the ingenuity of the Roman’s.

Walltown is a perfect base for this walk, with a National Park Visitor Centre sitting under dramatic walled topped crags; it also sits alongside the 1920’s quarry hollow. Walking out of Walltown there are numerous examples of how the Romans did more than just ‘build a wall’, such as on the outskirts where the path leads along a section of Vallum - a defensive ditch which was dug south of the Wall across the country. 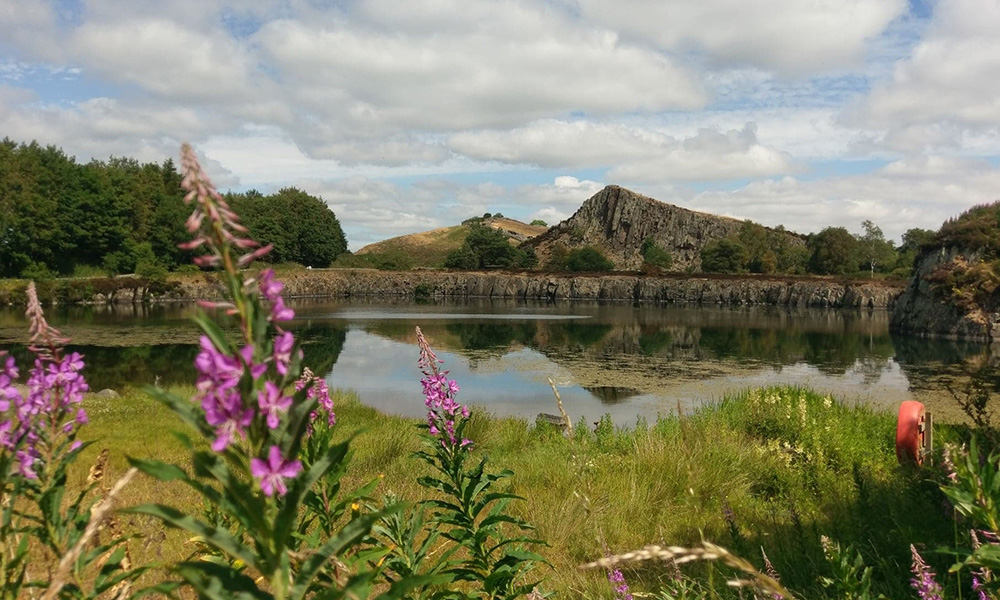 While the wall provided defence for 300 years during Roman times, it subsequently provided stone for many of Northumberland’s other defensive structures, including the visited 14th century Thirlwall Castle.

Beyond the castle is Thirlwall Common and Moss Peteral. A landscape of meadows, moorlands and wetlands where those that visit see southerly views to the wall rarely enjoyed. The north side of the Whin Sill crag exposes the volcanic rock face which is crowned by the wall, a true testament to Roman engineering. Sections where the scarp face has been excavated and removed include Walltown and also the Cawfields.

Cawfields Quarry closed in 1944, and highlights the industrial impact on heritage sites such as Hadrian’s Wall, while now offering a peaceful natural resting spot. Take the time to explore Milecastle 42, then climb to the top of the crag and view the line of the Vallum below.

Heading back to Walltown, the trail follows long sections of wall with some of the most impressive sections being along this stretch. When the wall was constructed it was up to 6m high and 3m wide, which is evident when you see the scale of the ruins remaining today.

Kielder Water and Forest Park offers a special experience for walkers, and this exploration of the north shore is something unique. In the last 100 years this landscape has transformed from open moorland and native forest, to one of Europe’s largest man-made reservoirs and woodlands. The walk follows the north shore of Kielder reservoir offering discoveries old and new. From a prehistoric beach to remnants of heavy industry, the walk also steps into the modern world through the Kielder Art & Architecture trail.

The trail is predominantly a level and well maintained track following an often craggy and eroded shoreline. It begins with views from Kielder viaduct which in the 19th-century carried the Border Counties rail line. A route which still has remnants along the Lakeside Way. 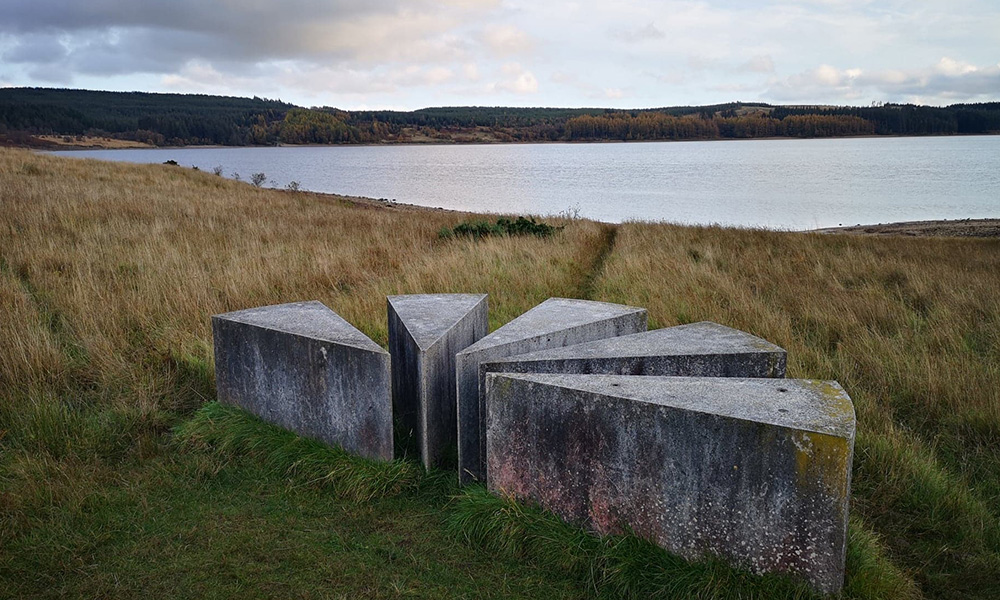 Beyond Bakethin weir, and at the start of Kielder water, the trail of modern installations begins with Silvas Capitalis (forest head) being the first. This huge wooden head is designed to allow the occupier to listen and look at the surrounding life in the forest. There are a number of other equally fascinating features along the trail, each exploring different interactions and experiences.

The return leg of the walk retraces a number of sections allowing a different aspect to be viewed given the sun’s journey over the sky. Plashetts Incline, while not part of the installations trail, is a former coal trolley line from the late 19th century and follows a track uphill past the location of the former Plashetts village and miners terraces.

Kielder Village sits a short walk from Bakethin car park and includes Kielder Castle, which was an 18th century hunting lodge for the Duke of Northumberland (Walk no. 15). The castle is now a visitor centre and café. 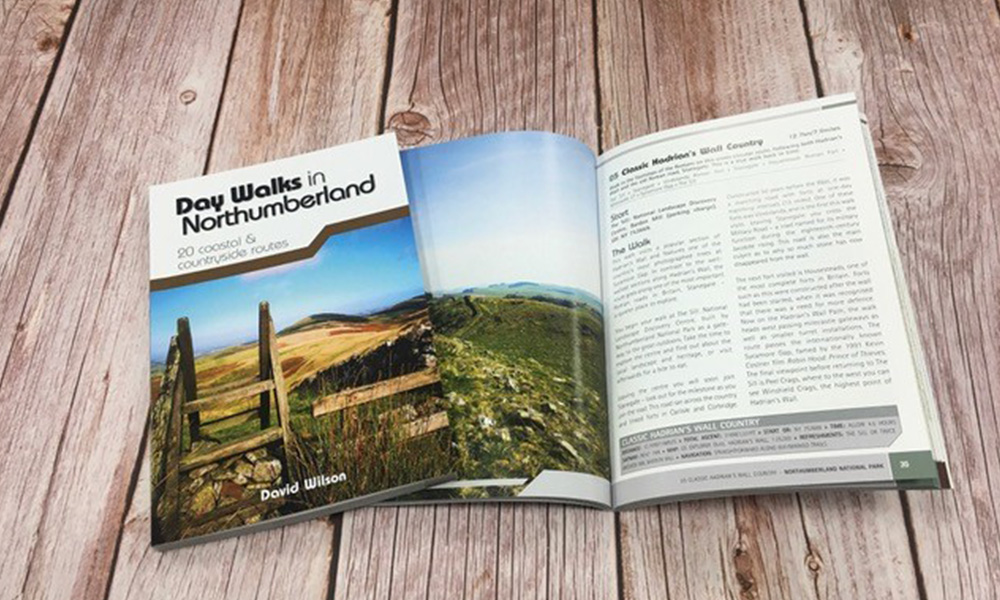 Want to explore Northumberland? Use OS Maps to find one and plan your next local walk. Enjoy a 7-day free trial on us.

Hadrian's Wall - a journey back in time

9 ways to explore closer to home