Danger Areas (or how not to wander into an artillery barrage)

If you’ve been using OS Maps’ ‘standard’ mapping recently, you may have noticed we’ve added some places marked as ‘Danger Area’. Find out more about what they are and what you can do on them here.

There are 16 large areas and 104 smaller ones, dotted all over the country. The total land area is around 240,000 hectares. That’s about the size of Cheshire! Most are wild moors and remote areas, with a few extending out some distance offshore too.

Here are three views of the Danger Area at the appropriately named Cape Wrath, in the far North West of Scotland’s mainland. 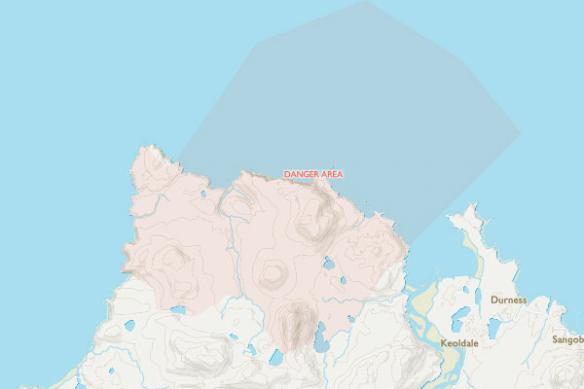 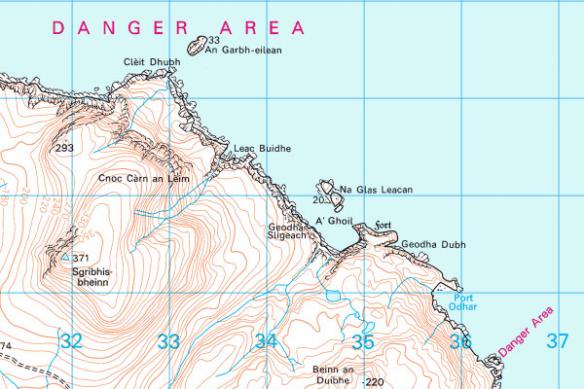 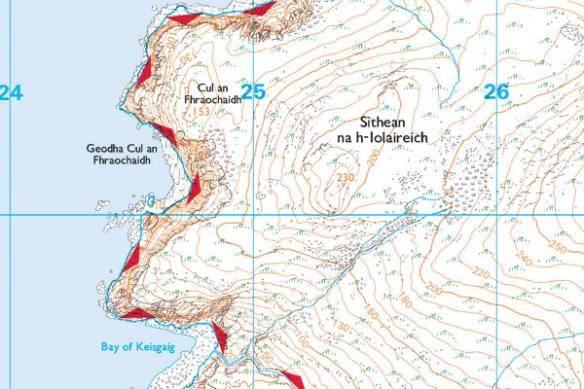 ‘Standard’ mapping shows a red tint with a red border. You can zoom in to see more detail. It is available for free on both the web and mobile app versions

OS Landranger maps show the words ‘Danger Area’ over the area, but do not show the exact extent, just an indication or the area.

OS Explorer maps have wide triangles on the border of the Danger Area, pointing inwards

If you’re planning on going somewhere in or near a Danger Area, there are definitely things you need to know… What are the Danger Areas used for?

Some areas also include elements of forestry and farming, and for them you should also be aware of the Countryside Code.

Are all Danger Areas completely off limits?

No, but there are restrictions to when and where you can go. Some have roads, footpaths and bridleways crossing them. Others will have no public access at all.

How do I know when I can go into a Danger Area?

There are five things you should check:

Don’t go into a Danger Area when it’s closed, not even for a little shortcut, or when someone who’s not in uniform tells you it’s safe. Local signage, flags and lights override any previously published information, which can go out of date quickly if plans change.

When I’m in a Danger Area, what do I need to be aware of?

Aside from the normal Countryside Code on not leaving litter, keeping pets under control and leaving gates as you find them, there are some extra things specific to Military Danger Areas you should be aware of.

There’s a Right of Way marked on the map. Does that mean I can use it at any time?

That’s a big ‘No’ to that! Military land often has special byelaws that temporarily close Public Rights of Way when ranges are in use. This overrides your normal rights to use that footpath or bridleway.

My planned route crosses a Danger Area that’s got red flags or lights, but there’s nothing happening. Can I cross quickly?

Another ‘No’ for this one too. Even if you cannot see or hear anything, it’s not safe to enter. Some areas are used for everything from long range artillery to bombing practice, and you might not even be aware of them until it hits.

Can I wild camp in a Danger Area that’s currently open to the public?

The answer to this is almost always ‘no’. Wild camping is only fully legal in Scotland, but byelaws may prevent you doing so on Military land in Scotland Estate. Due to the rapidly changing nature of military training, for your safety it is really not recommended!

I’ve just encountered a line of flags or lights… which side is the Danger Area?

You need to check your OS Explorer paper map or OS Maps app. The free ‘Standard’ mapping will show the danger area with a red tint. The direction the flags are pointing is to do with the wind, not the direction of the Danger Area (and yes, someone has used this as an excuse!)

What about Danger Areas at sea?

The rules are similar – planned firing times will be posted locally and online. Red lights or flags will be shown on the mainland.

Radar and safety boats monitor the area, and boats are contacted via radio if they are going to stray into the Sea Danger Area.