All about the South West Coast Path

Discover some of the most picturesque views in England with the South West Coast Path.

Stretching from Somerset's Minehead to Poole Harbour in Dorset and spanning 630 miles of picturesque coastline, the South West Coast Path is definitely not a challenge for the faint-hearted. Although it can be completed in 30 days if you're a particularly fast and keen hiker, it's more likely to take you weeks or even months to walk the entire path. Some walkers even complete small sections of the route annually, meaning it takes them years to finish!

They say that slow and steady wins the race, and this is certainly true of the South West Coast Path. If you want to experience all its glory, it's definitely worth cutting your journey into small, manageable chunks.

So, are you ready for the challenge? Here's all you need to know about the South West Coast Path.

The history of the path

While we now use it for leisurely walks, not too long ago the path was used by coastguards on the lookout for smugglers. They had to patrol the entire South West Peninsula on foot every single day, doing so up until 1856, when the Admiralty took over until 1913. Because the coastguards needed to see into every cove and inlet, the path stays extremely close to the coast. This is perhaps why the South West Coast Path is one of the most celebrated walking routes in the UK: it offers unbeatable views along the entire journey.

Indeed, ‘Walk’ magazine readers named the South West Coast Path the best British walking route for the second consecutive year in 2014. You really do need to complete it at least once in your lifetime. To make it easier for you, we've split the path up into eight sections; each will take you about a week to complete.

Week one: Minehead to Westward Ho! 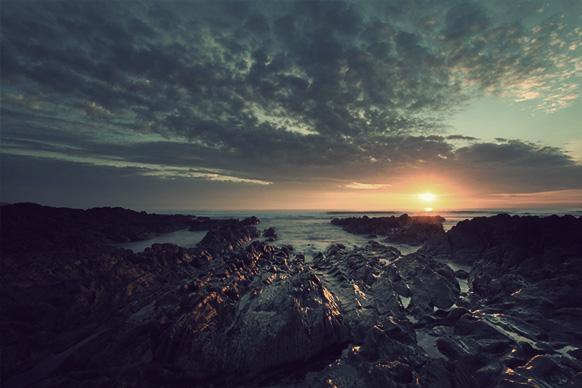 The first day of your journey is a challenging one, as you'll be travelling through Exmoor's steep climbs and descents in a bid to reach Porlock Weir. If you're lucky you may see some red deer on the Exmoor coast. Despite the tough start to this week of walking, it’s the fifth day that will be the most tiring; a 15-mile hike from Woolacombe to Braunton.

Once you reach the amusingly-named Westward Ho! on day seven, you'll want to collapse on its fabulous beach, which offers hardworking walkers two miles of golden sand. After hiking 87 miles, we think you deserve that ice cream.

This week, you won't have to walk quite as far, as you'll be hiking 78 miles. That doesn't mean this isn't challenging though - one of the most difficult walks is the relatively short trip from Tintagel to Port Isaac, thanks to some steep descents into valleys and long climbs back up to cliff tops. However, the hike is worth it once you reach the beautiful Port Isaac, also known as Portwenn in the TV series 'Doc Martin'.

Along your journey to Padstow you'll pass through Bude too. If you're a surfer, or keen to give riding the waves a shot, you simply must find some time to enjoy Bude's beaches.

Your hike from Padstow to St Ives will span six days and 66 miles. Highlights of the week include stopping off in Newquay, the surfing capital of Cornwall. Be wary that the walk gets quite crowded here though, especially during the tourist seasons. Moreover, the 12-mile trek from Perranporth to Portreath is tough, but you'll experience some fantastic views, making all that sweat and hard work worthwhile.

Plus, at the end of the week you'll get to relax in St Ives, the jewel of Cornwall's crown, so you can't complain! 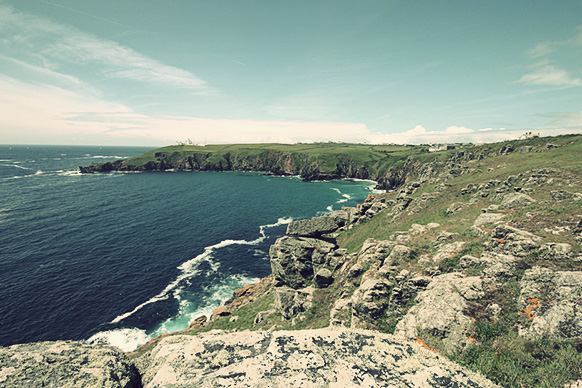 From St Ives it's 69 miles to Lizard - that's another six days of hiking. You'd better be eating well, then. For some of the freshest fish in Cornwall, we recommend having a bite to eat at the Ben Tunncliffe restaurant in Sennen Cove. One of the toughest walks of the week is the 9.2 miles from Lamorna to Marazion, Cornwall's oldest town, as the path changes quite dramatically.

Still, the wonderful cliff tops at Lizard you'll get to see at the end of the week will help you forget about all those newly-acquired blisters.

Over the course of week five you'll walk 72 miles to Par, home of the wonderful Par Sands beach. You will need a lie down on the beach after this six-day long leg of the journey is over, as parts of it are rather challenging. The hike to Coverack on day one includes some strenuous climbs, but you do get to walk through an Area of Outstanding Natural Beauty, so it's not all bad.

Another great but tough part of the walk is the 13-mile hike from Falmouth to Portloe. Once you've reached Portloe, treat yourself to a roast supper and a pint in The Ship Inn. The final leg from Mevagissey to Par is tiring, but you'll see some amazing views along the way.

From Par it's 94 miles to Torcross, so you'll need to pick up the pace if you want to get there in seven days. One of the highlights of the week is the difficult walk to Portwrinkle – a fishing village so small it has no shops! However, it does boast a wonderful beach. Just make sure you stock up on any supplies you may need beforehand.

Another great moment is the walk from Bigbury on Sea to Salcombe, which you'll be pleased to hear is an easy one. Salmcombe is set in an Area of Outstanding Natural Beauty, and the section from Hope to Salcombe is said to be one of the most beautiful parts of the entire journey. When you finally reach Torcross, enjoy some fresh fish from The Start Bay Inn. 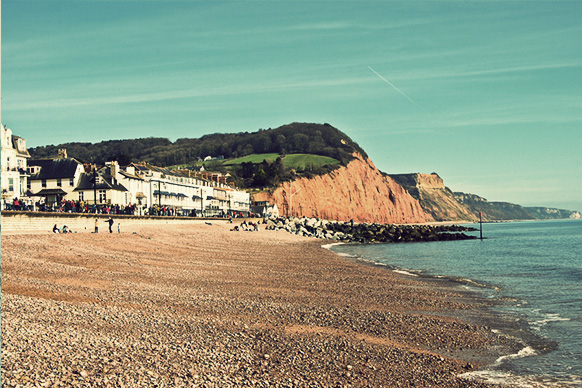 You'll be pleased to know that the first day of week seven is an easy walk to Dartmouth, which offers visitors countless sandy beaches. Another easy and enjoyable walk is the journey from Babbacombe to Exmouth. If you've got some time after the 14-mile walk, go wildlife spotting by the Exe Estuary.

The final walk from Sidmouth to Seaton on the Jurassic coast is a tough one, so after the ten-mile journey we recommend taking a ride on the famous tramways.

You're now just 92 miles and seven days away from that converted finishing point. The first day of the last week consists of a fairly simple walk from Seaton to Abbotsbury. This picturesque village has lots to see if you can spare a few hours. If time is sparse then at least pay a visit to the Subtropical Gardens, which boast 30 acres of rare and exotic plants from around the world.

The hike from Ferrybridge to Lulworth Cove is somewhat challenging, but you'll be rewarded with a choice of more than 40 real ciders and perries at The Castle Inn. Be wary that the final half mile of the beach in South Haven Point is often occupied by naturists. If you want to avoid them, walk inland and follow the coast around. A steel sculpture marks the end of your epic quest. Give yourself a round of applause!

Have you ever walked the South West Coast Path in part or full? Let us know by tweeting @OSLeisure or tell us all about it in the comments!