All about the Thames Path

The Thames Path follows England’s most iconic river from its source in the Cotswolds right the way to the Thames Barrier in London, predominantly using the original towpath plus several bridges.

OS Explorer Maps (suitable for walking) for the Thames Path:

Pocket-sized map of the Thames Path

History of the Thames Path

The path was conceived and suggested back in 1948, but it wasn’t officially opened for nearly 50 years; only after the persistence of The Ramblers. The delay was due to the removal of several ferries which had formerly linked the towpath. It wasn’t until one Rambler, David Sharp, drew up a preliminary route that the campaign was reignited. His research and unrelenting dedication ultimately saw the Thames Path open in 1996.

Beyond the excitement and hidden wonders of London, the path passes through many towns and cities, and showcasing some of the country’s prettiest landscape.

Being such a long path, it’s best (naturally) to divide it up into manageable chunks that can be completed in a day. Starting at The Source (yep, this is capitalised) near Cirencester it’s a 12 mile jaunt to Cricklade, which takes in the Cotswolds Water Park. The following 11 miles to Lechlade doesn’t follow the towpath but instead crosses through pretty countryside, so you’ll need the right footwear. Lechlade to Newbridge is a longer, 16 mile trip – perfect for a weekend. Newbridge itself is one of the oldest bridges on the path, reportedly dating back to the 13th Century.

The 14 mile trip from Newbridge takes you to the wonderful city of Oxford, with its beautiful architecture, fabulous shopping and plenty of places to stay. The first of the ‘major’ locations on the Thames Path, it’s a relatively easy 8.5 miles from Oxford onwards to Abingdon, where again parts of the path pass through open countryside and pretty villages.

The next ‘big’ town is Reading which, at 40-odd miles and crossing The Chilterns and North Wessex Downs, is fine for cycling, but perhaps not so enjoyable on foot. This stretch can be broken up with sections from Abingdon to Wallingford, Wallingford to Goring-on-Thames, Goring-on-Thames to Tilehurst, before Reading beckons.

From Reading, the path meanders nine miles to Henley-on-Thames, which is known for its famous Royal Regatta. It follows the river path throughout and the village of Sonning is highly recommended as a nice place to stop for lunch.

Henley to Marlow is virtually a stroll at eight miles, offering views of William Tierney Clark’s Marlow Suspension Bridge. On to Windsor – via Maidenhead – and you’ll follow the river 14 miles, dipping into Eton before the famous castle comes into sight. A stop at the castle is essential before embarking on the eight miles from Windsor to Staines, which takes in Runnymeade, where the Magna Carta was signed.

From Staines you head on to Greater London, where the path reaches Shepperton, Teddington, Putney and Tower Bridge, before concluding at the Thames Barrier. On these last legs, you will see plenty of recognisable sights – Battersea Power Station, the Houses of Parliament, the London Eye, Tower Bridge, the Tower of London, and so many more.

For truly dedicated adventurers there is an additional section from the Thames Barrier in Woolwich to Crayford Ness, near Erith. This 10 mile path isn’t part of the recognised National Trail and is sometimes known as the Thames Path Southeast Extension. It was opened in 2001 and links the London Outer Orbital Path.

It mirrors the South Bank and passes by the Royal Arsenal, the marshes of the Thames Estuary and the Dartford QE2 bridge. Walkers will be able to discern the pathway from the Thames Barge waymarkers. Some parts of the walk are not traversable at high tide, so do check tide times before setting off.

How to travel the path

Walk it: the route is largely flat and follows the towpath, so it’s easily accessible for all. As mentioned above, there are sections that veer off into the countryside and may require wellies, but that largely depends on the time of year. However, it’s easy to find parts that stick to the path – and that pass by cafes and ice cream shops, more importantly.

Part of the route has also been dubbed the Thames Pilgrim Way; 104 miles which was inaugurated by Revd John Pritchard to mark his last days as Bishop of Oxford. Running through the Diocese of Oxford, this path has been designed to ‘offer a different dimension to a much-loved and well-trodden route’.

Cycle it: Much of the path can be cycled. The Thames Path Cycle Route winds its way west to east from Putney Bridge to Greenwich, linking the National Cycle Route 1 with National Cycle Route 4. It’s described as an ‘attractive, safe and easy ride’ , however some parts of the route are designated public footpaths and therefore inaccessible to cyclists – around Sonning, for example – so do your research first.

Ultimately, the Thames Path is a wonderful trail that displays both the splendour of London and the beauty of the surrounding countryside, all while following the ever-flowing River Thames. For more information on the Thames Path including maps, history and key points of interest, check out the OS Walk London Urban Map.

For more information on what it's like to walk or cycle the Thames Path, check out this blog by Camino Adventures.

Trail Magazine: Take me to the river 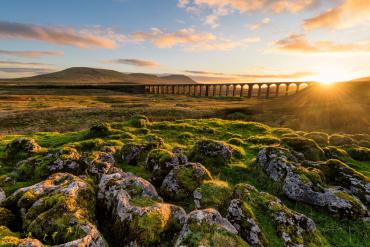 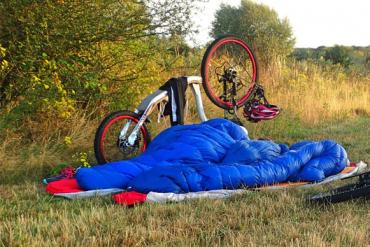 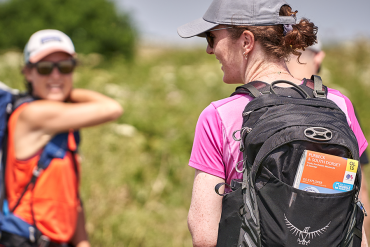 What to take walking