A beginner's guide to Trail Running

Fancy challenging yourself with a new sport? Try Trail Running and get at one with nature.

If you've been running off-road, through woodlands and footpaths that take you up gentle hills and down intermittent slopes, then whether you know it or not, you've been trail running.

According to several authorities, trail running takes place on softer, more cushioned terrain like grass and mud. It's defined as 'heading off the beaten track' on routes that aren't marked nor in some cases even actual paths at all. Some interchange 'trail' and 'fell' running, but the two concepts are quite different, with the latter acknowledged as far more 'rugged, rocky and extreme'.

Is trail running, therefore, as simple as running on any surface that isn't solid? Not exactly. It's about leaving the hustle and bustle of leaving everyday life behind; it's about feeling the breeze on your face, negotiating tree roots and being alert for overgrown branches. It's about spotting wildlife (I actually encountered a deer on one of my recent runs) and enjoying nature. Essentially, it's more fun than running on the road.

The 'exercise is good for you' bit aside, trail running advocates insist that this form of activity is 'good for the soul'. A trail running fan writing for Zen Habits claims that running off-road 'like a wild man or woman through the woods' satisfies a 'primal need for movement through nature, presumably left over from our days as hunters'.

If that sounds a little over the top, then consider this fact instead: you are less prone to injury with trail running. Due to the softer surfaces, your joints and ankles don't jar so much as they would on the road. The varying terrain can also help to strengthen core muscles and you're not exposed to exhaust fumes - instead you can breathe in clean, fresh air. Lastly, as said above, it's simply that much nicer than running on a pavement 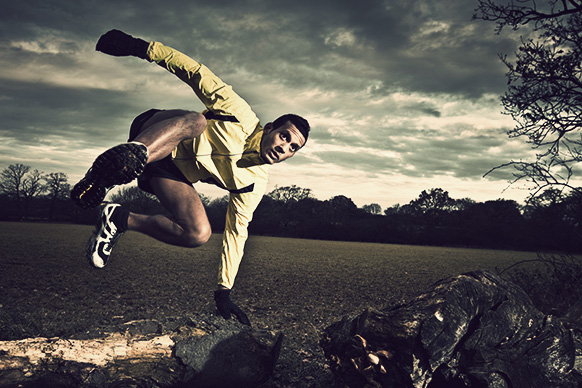 What constitutes a trail?

The experts at Runners World claim that a trail must comprise three of the following four elements: it should be unpaved, offer natural obstacles, be scenic and/or consist of 'significant elevation gain/loss'. By that reckoning, a run around the local woods might qualify as a trail just as much as a paved cycle path in a national park.

That said, some of best trails are those which you can only access on foot; unspoilt environs which offer you superb scenery. They might include a short stretch of road running, but if the route is predominantly off-road, then you're on a trail. 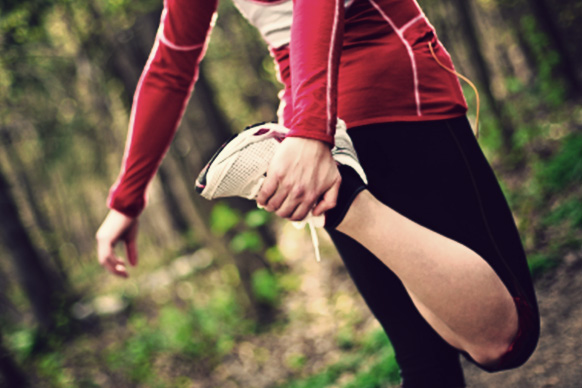 ​How can beginners get into it?

As with any form of activity, trail running can be as tough or as easy-going as you like. You don't need to find the nearest steep ascent, simply find a park and run. It's a good idea to determine a route first, to allay any fears about getting lost. Alternatively, consider joining a trail running group in your area where seasoned runners can offer you support and advise. Eventually, when you feel ready, you could enter organised trail running events.

You'll need the right gear, of course. The uneven, but softer terrain means that your shoes don't need to be as cushioned as they might for road running, but try to find a pair that offers suitable grip as you could be traversing dirt paths and slippery grasses. By the same token, wear clothes that are waterproof and washable, as you are likely to get muddy at various points during your trail running regime. Don't wear anything you are precious about, as there is a chance you could snag clothing on branches.

When you are out and about, it's polite to observe a certain etiquette. If you are on a small trail or a paved path, be respectful of other walkers and leave a good distance between them and you. You may even need to walk yourself on some elevations - which is perfectly fine.

As you might be running in more sheltered, obscured locations, safety is paramount. Let someone know where you are going and what time you expect to return. Wear brightly-coloured gear and keep an eye out for nature's trip hazards. If possible, run with someone else. We hardly need to remind you to exercise some common sense, but if you do feel a little isolated, then don't run down that trail.

The wonderful thing about trail running is that anyone can take it up - whether you're someone who runs regularly or is looking for a new way to explore nature while increasing their fitness levels. It offers the chance to see some wonderful parts of the country that you may not otherwise see - why not give it a go?