What is a GPX file?

In any discussion of routes, navigation or GPS devices, you have probably seen people mentioning ‘GPX files’. GPX is shorthand for GPS eXchange Format and is a type of file that’s really helpful to anyone who loves the outdoors, plus it's the most popular way of saving and exchanging routes.

What’s in a GPX file?

You can open a GPX file in any text editor, and you’ll get something like the image below. While this looks complex, all most people need to know is that it is a list of precise locations, in order, that make a up a route for walking, running, cycling or any other activity. This route can then be placed on top of a map for printing or following on screen. 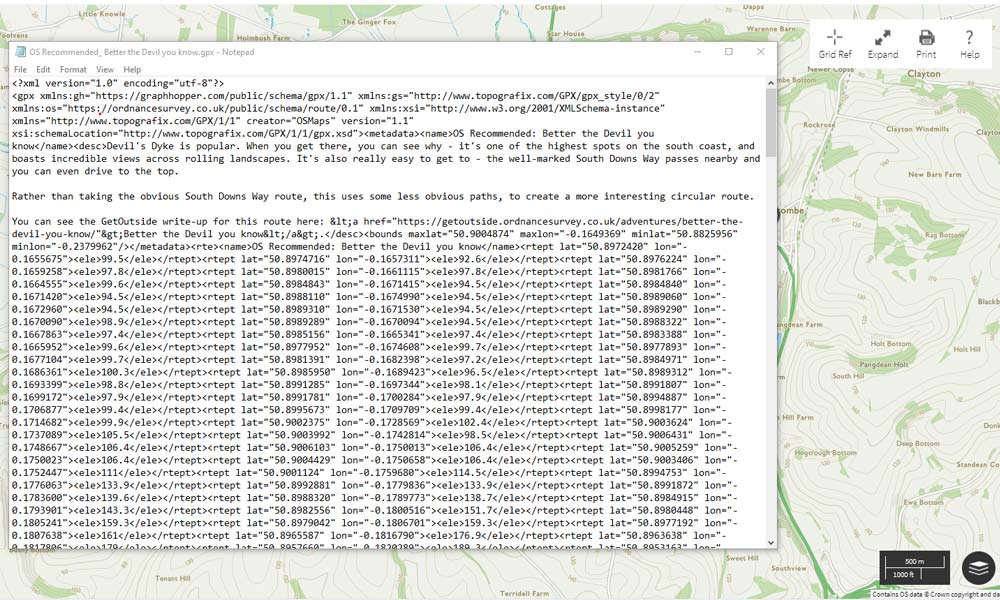 Using a GPX file – with a mapping application

If you use a mapping application such as OS Maps, you can use a GPX file to follow routes created by others, or to create your own routes for saving or sharing.

Create a route from a GPX file by first saving the route on to your hard drive or USB stick. You can then import the route. Look for an option labelled ‘Import Route’ or ‘Import GPX file’. You then should be able to see the exact planned route on screen, allowing you to review, print or edit as needed.

Using a GPX file – with a GPS Device

Most GPS devices designed for outdoor sports and navigation can both create and use GPX files. The great thing about the universal nature of a GPX file is that different brands of device, with different maps loaded can all use the same GPX file.

Use an existing GPX file by loading it on to the device. Check your manual for details, but this normally means connecting the device to your computer by USB cable or Bluetooth, then sending the file to the device. Some devices will also automatically sync to routes imported from GPX files into a desktop or web based app. The new route will then appear in the saved routes list on the device, and when active you will be able to follow it. Basic devices without on-screen mapping will generally just show an arrow to point to the next ‘waypoint’ (usually the next turning or fork) while more advanced ones will display the route on a map as well.

Create a GPX file by activating the ‘Record Trail’ or similar function. Every few seconds the GPS device will log where you are, and at the end of your trip the file can be exported back to your computer, usually by connecting it via a cable or Bluetooth and finding the file in the memory. You can then load the file into your favourite mapping application to check the distance covered, time taken and altitude profile, or share it with your friends or online.

OS Maps being used on a mobile device

What else is a GPX file good for?

GPX files can contain a time for each point and therefore the route as a whole. This is really useful for comparing your performance with your previous best or with others and is a favourite of runners and cyclists.

Miniature GPS loggers can be attached to wildlife and pets. These create GPX files and can be used to understand more about animal behaviour – or just to find out where your cat is getting its second dinner from.

GPX files are a type of XML file initially designed for use by GPS devices, but now used more widely for exchanging route information between different devices and systems. There is an official schema currently at version 1.1 that describes how GPX files should be constructed.

Most of the problems with GPX files come from various manufacturers who add additional information that is not compatible with all devices and programs that can use GPX files, or GPS files that contain a large number of individual points.

This will often mean that you cannot open a GPX file created on one device or program in another. There are some desktop and online tools that will try to tidy the files, and there is always the option of manually editing them using a plain text editor, such as Notepad in Windows or TextEdit on Mac.

Download OS Maps to discover more walks near you, or plot your own with a 7-day free trial of OS Maps, on us! 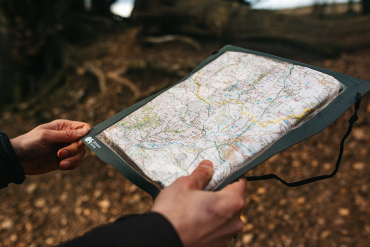 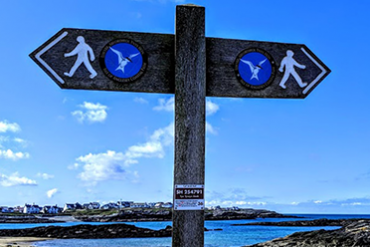 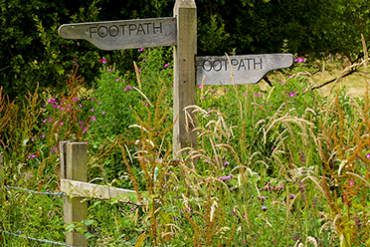