Make the outdoors part of your routine

It takes 21 days to form a habit. Ordnance Survey's very own Liz Beverley learnt just that. She'd fallen out of love with running but wanted to get back into it. Motivation and a nudge in the right direction was all she needed and running continues to be part of her routine.

When I came back to work last January, I said what a lovely Christmas I’d had, how I’d eaten and drunk far too much and how I now really needed to look after myself much better! Same as the rest of the nation I'm guessing.

Liz running with her dad as a child

Running is my thing. It’s always been my thing and I actually like running. Well, the afterwards bit mainly… the feeling you get of achievement and being utterly puffed out but somehow that little bit healthier. The motivation to get out beforehand is my problem! But over the years, running and me have always had a bit of an on/off relationship.

So that year I wanted it to be a definite ‘on’! And that’s when my colleague Matt stepped in. After listening to me promising for the millionth time that I would get out at lunchtime and run, he casually came over and left a blank piece of paper on my desk with the title: It takes 21 days to form a habit…

What was I going to do about it?

I filled in the first line: Wednesday 8 January - 5k [tick], then the second: Friday 11 January – 3 miles [tick], and so it continued. In the spirit of full disclosure, I wouldn’t say I went running on a regular basis at first but as the weeks passed by, the lines filled up.

By the 13th May, I’d signed up for my first 10k race and re-joined my local running club.

The habit had started to form, and I began to plan my runs to fit around me, rather than continually making excuses!

During the summer, the Tuesday night track training and Friday night ‘hill’ sessions became firm favourites, and before I knew it, I managed a new PB (on 13 July) at the local parkrun!

Liz out for a run

It's now simply part of me

The week’s and month’s continued and I was still managing to find time to run. Ok, there was a little bit of a dip during late summer, but I found it was easier to get back into when I did start regularly again. I'd formed a habit that proved hard to break!

My 9am social runs on a Sunday morning are just the best. Not only do I get to catch up with friends about their week, but because it's early, you generally catch that extra special sunlight or the wildlife that’s around.

And best of all, they’re actually fun! On Sundays, I’ve joined runs from 3-12 miles, across fields, up mountains (ok…Farley Mount…but it felt like it), run past the late Broadcaster Sir David Frost’s old house and even to a local nearby Church for Remembrance Sunday to see it’s beautiful Poppy display. 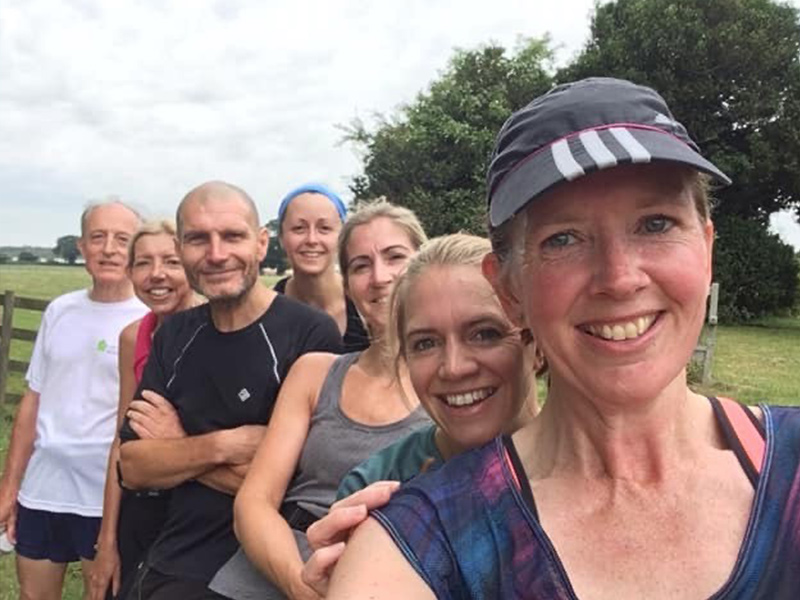 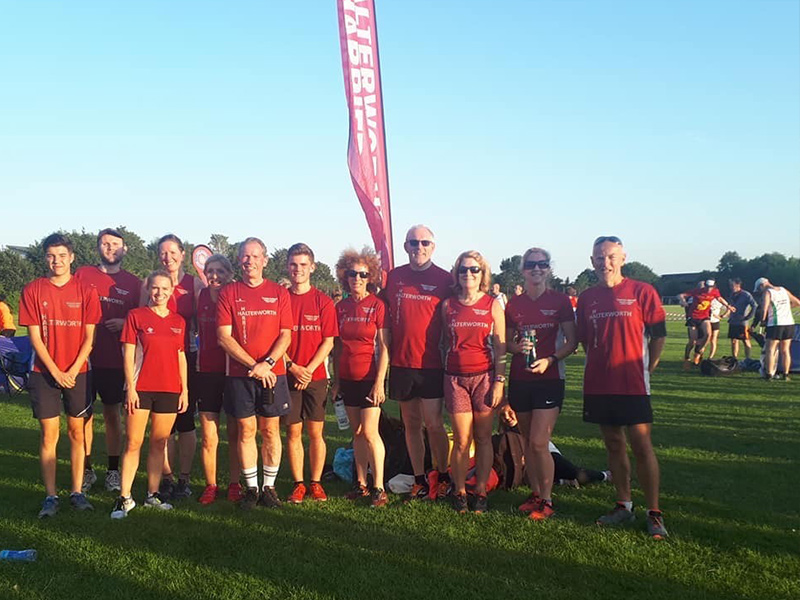 Liz at a race

I didn't think I could keep it up at the start, but I proved myself wrong. A habit forms and you continue doing it somewhat subconsciously. Granted it's not as subconscious as looking left and right when you cross a road, there are days I still have to drag myself out, but it's definitely gotten easier and enjoyable.

Try it for yourself, it could be running, walking, swimming or simply hula hooping in your local park. Give it a go at least 21 times and trust me, you'll be stuck with it! Here's a handy sheet below that you can print to track your 21 days of forming your new habit.

I'd love to hear what outdoor habit you decide to make, so tag Ordnance Survey and share your pictures using #GetOutside. They're here on Instagram, Twitter and Facebook. Plus, there are loads of existing routes on OS Maps to help you plan your activities. 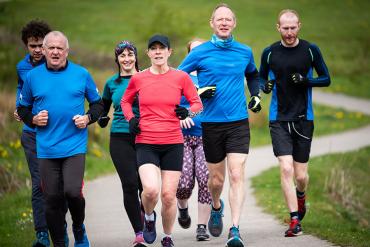 Buddy up and get outside 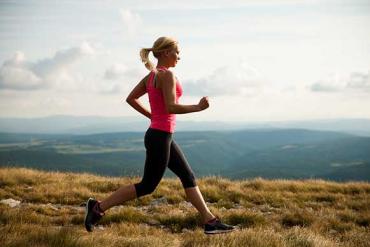 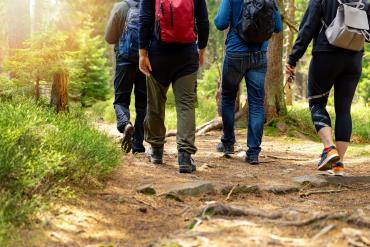