Pay and Display at Castleton 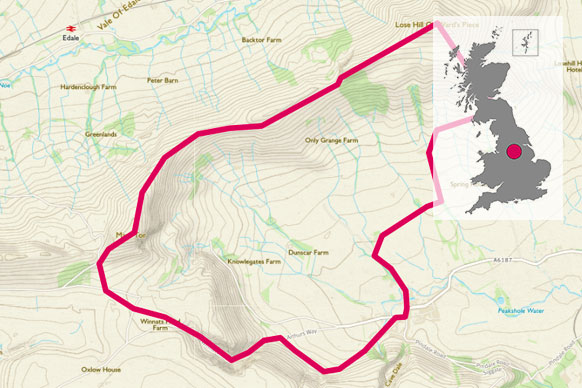 In September 2015, I set off on a ‘trip of a lifetime’, making the 5000 mile coast to coast trip across America. Little did I know that during my month away, I would end up making friends for life and, to top it off, that they would be people who also loved exploring nature on foot.

After our iconic hikes in Yosemite National Park, and down into the foot of the Grand Canyon, I wasn’t sure how we could match the experience when we met for a reunion in 2016. Of course this is completely unfounded – with 15 national parks on offer and a large scale footpath network, Britain has some stunning walking options for all abilities. 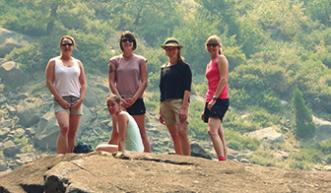 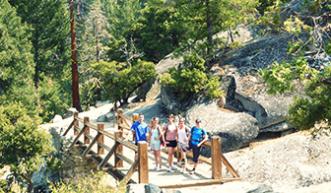 Our group (above) had met in America, where we hiked America's national parks including Yosemite and the Grand Canyon together.

We chose to meet at Bamford, Hope Valley in the Peak District; Britain’s oldest national park with beautiful vistas where, during the summer months, the much-loved peaks are painted purple by the natural heather that adorns them.

Typically, the weather was overcast and windy despite the fact that most of the country was experiencing a mild heatwave that weekend! We started our walk at the National Park visitor centre in the picturesque village of Castleton. There is an all day pay and display parking option available here for those coming by car.

The route took us past the post office and shop, where we responsibly stocked up on water and snacks, before heading into the farmland behind. From here we could see our planned route along The Ridge – book-ended at either side by the iconic Mam Tor to the left and Lose Hill to the right.

Some of the group are serious city-dwellers, and the concept of ‘fresh air’ is as alien to them as rocket science is to me. As we began our ascent to the top of Lose Hill, I would hear greetings to the sheep and the cows from our resident Londoner. If only they could understand her… 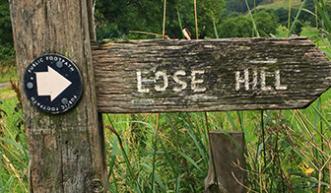 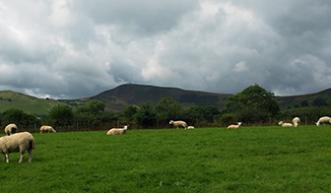 My word it was windy up there! And also very grey. In clear conditions you can see across the whole of Hope Valley and into the far boundaries of the national park. And, although we weren't treated to the same views, it was still simply stunning. By this point we had been walking for around 90 minutes, and it had been quite a steep incline over mixed terrain - this route wouldn’t be recommended for those who may find it hard to manage hills or longer distances. 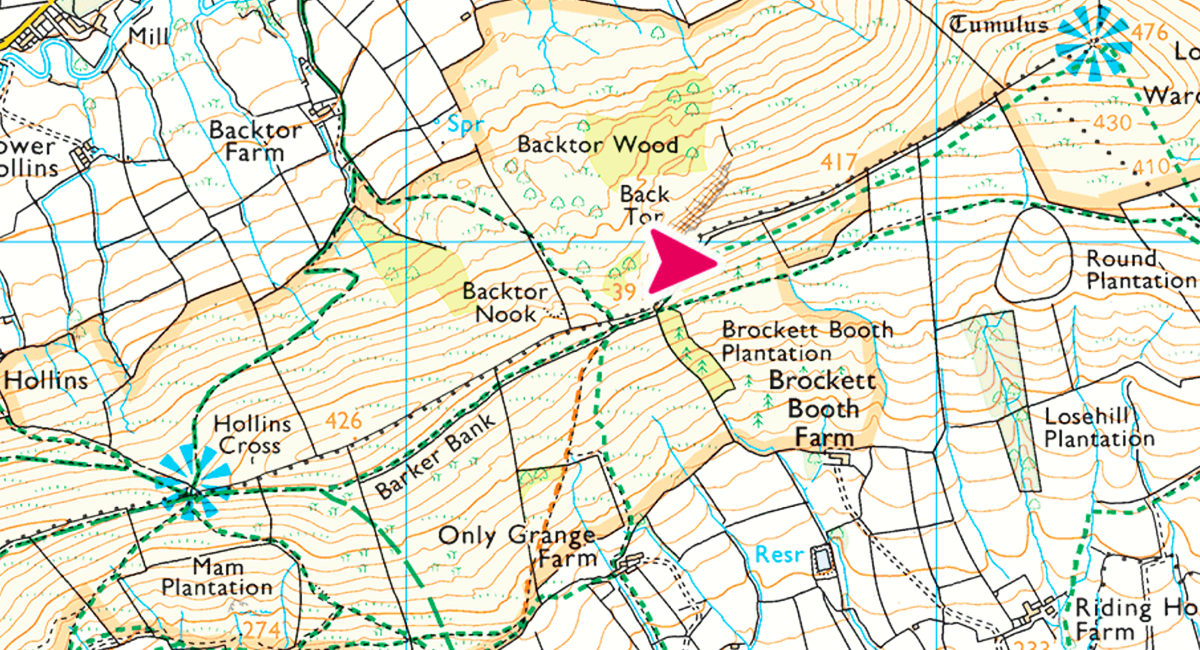 We continued across The Ridge. The next major waypoint was the view point at Hollins Cross (marked on the OS Explorer map OL1). Ahead of us we could see the once very distant Mam Tor getting closer and closer. For those of you who don’t know, a tor is normally a free-standing rock formation that rises abruptly from the otherwise smooth slopes of a hill. Sometimes, the word is used to name major hills or landmarks. In the case of Mam Tor, the name means "mother hill", so called because frequent landslips on its eastern face have resulted in a multitude of 'mini-hills' beneath it. 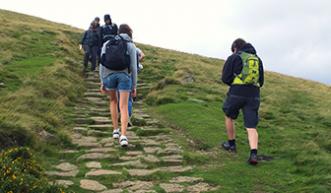 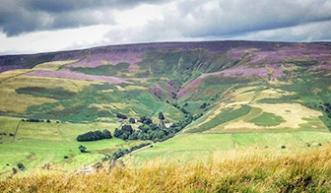 By this point we were VERY windswept, and starting to feel hungry, so we stopped for short snack break before walking up the third and last peak.

We’d made it to the top of one of the most iconic hills in Britain! There is a trig pillar at the top of Mam Tor, formerly used by Ordnance Survey to survey Britain, though these days they attract groups of enthusiasts that love to ‘bag’ photos with all of them. It is worth nothing that there is an easier footpath from the base to the top, which seemed to be more popular with families. From the top, you can choose various different ways to go back to Castleton.

Lots of visitors like to walk through Winnats Pass, but we choose to go along the side of the hill opposite, and round past the popular tourist spots of Blue John and Treak Cliff caverns (these are the only two places that you can find this particular mineral in the UK). 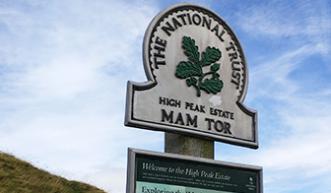 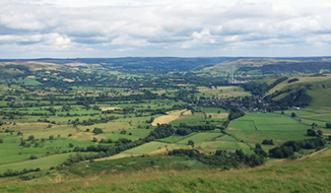 As you get to Treak Cliff, there is the option to cut down and follow the road back into Castleton, or you can keep going straight and take the slightly longer footpath option.

‘Welcome to Castleton’ read the sign as we wearily walked towards the stone buildings in front of us. Cries of ‘Where’s the nearest pub?’ and ‘I need food and coffee’ rung out, and we realised we’d done it. 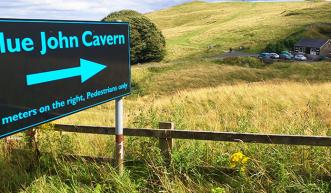 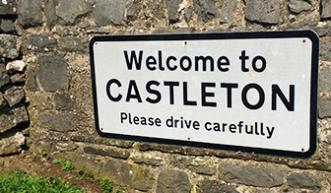 This little band of adventure loving misfits (some outdoorsy, some less so), from all over Europe, and who had met purely by chance, had managed to do this hike over one of the most iconic settings in Britain’s national parks. While 11km may not seem very long to some people, the particular day was something that we would definitely not forget in a hurry.

Steph is the content manager for #GetOutside and writes the Ordnance Survey ‘Outdoors’ newsletter. She also looks after social media. As a bit of a wanderlust, Steph likes to explore new places (usually with her two little dogs) but also enjoys some time out at home with a 'scary' horror film. 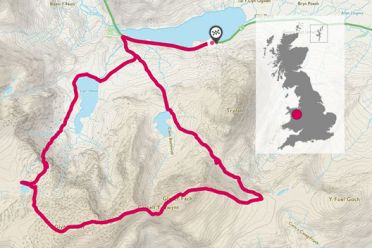 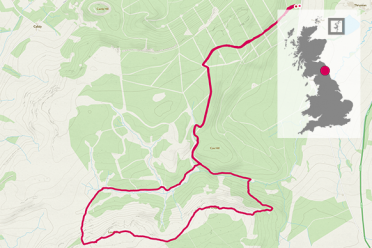