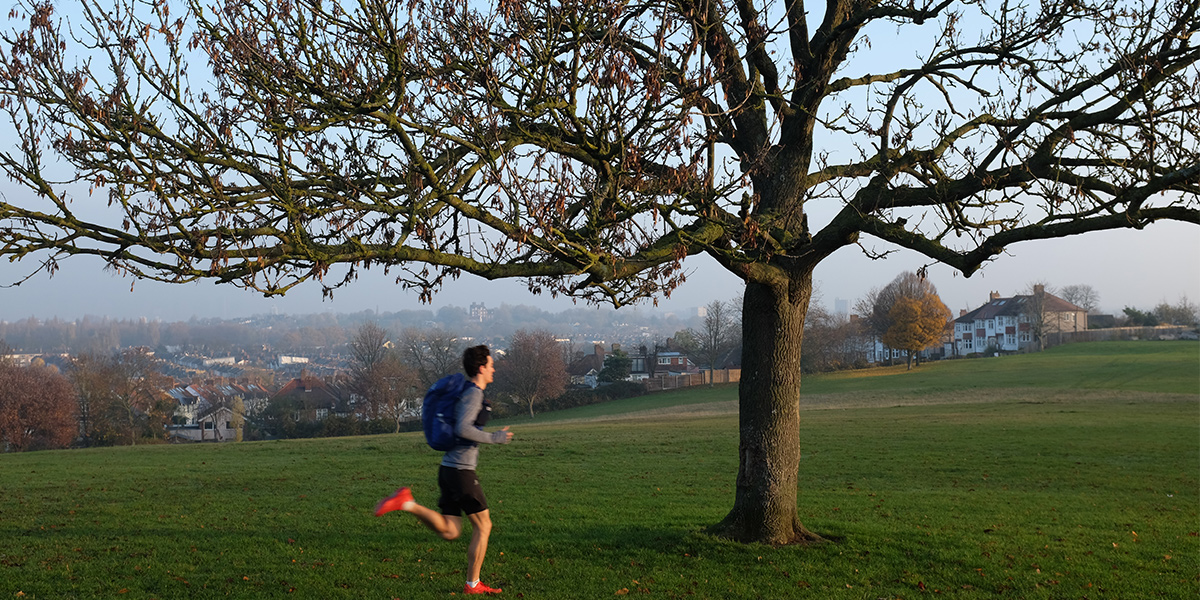 Being based in South London whilst at university means that I am always looking for ways to spice up my runs, getting off road or at the very least away from busy roads. Training for the mountains whilst living on the flat has forced me to be inventive with my training, which at times involves the treadmill on maximum incline or running up and down the same hill for an hour at a time.

Whilst in my final year of studying dentistry at King’s College, I began to venture over to Norwood in South West London to work in a community dental practice.

The commute provided me with the ideal opportunity for some hilly running, and I set to work looking at maps and routes that could encompass as many inclines as possible. 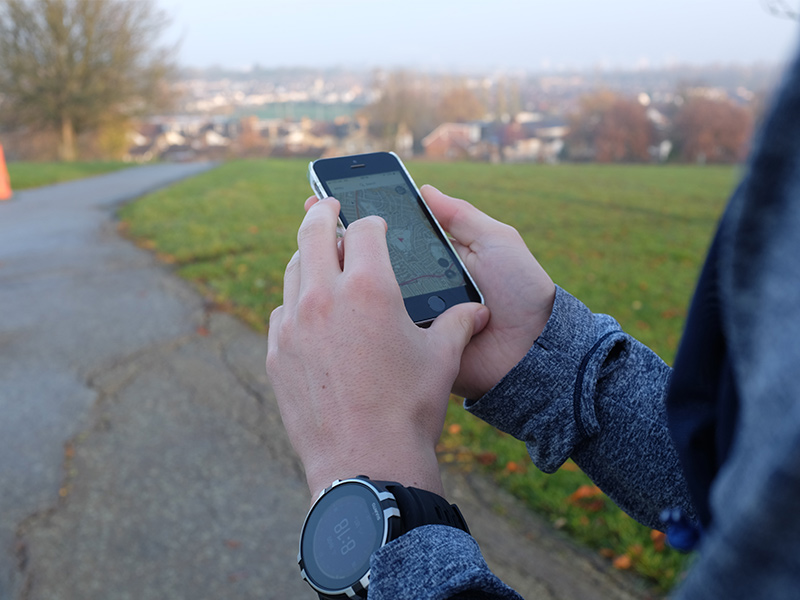 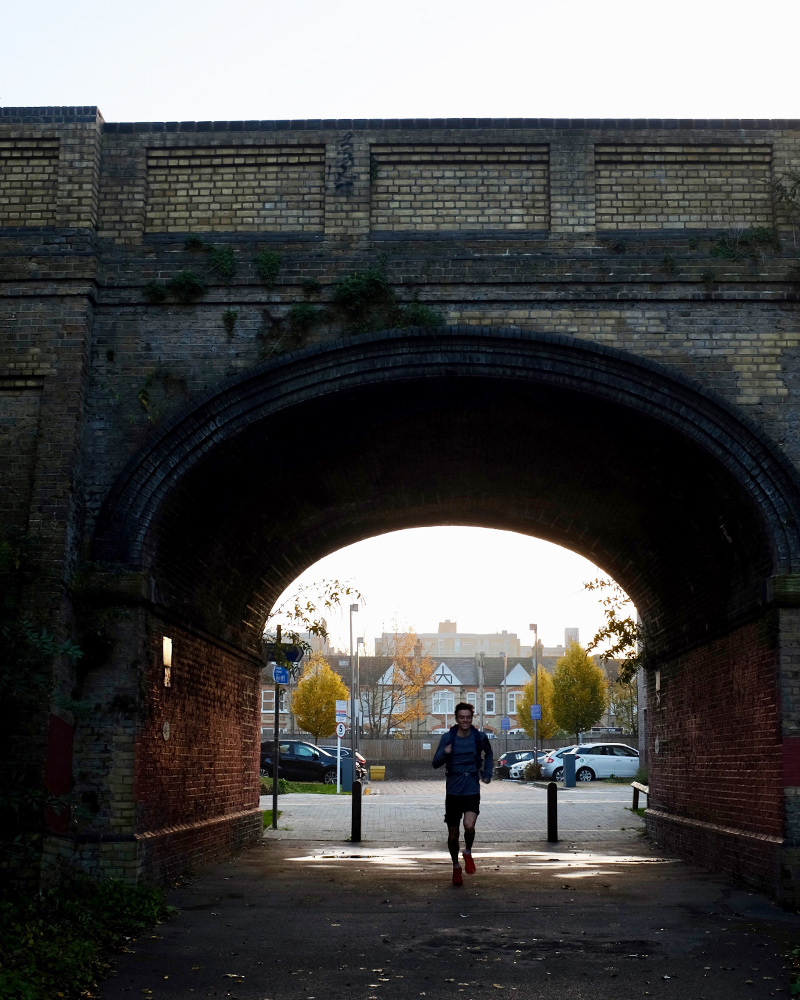 A couple of months prior to this, I had discovered the Ordnance Survey App at a Salomon Trail Running Festival. Despite being aimed at navigating the fells of the Lake District, I found that it was just as useful in the hilly metropolis of South London.

Particularly useful was the ‘Greenspace’ map, which highlighted parks and even cemeteries that I could incorporate into my run, with marked points of exactly where the gates in and out of them are.

I also found that part of my route could follow the Green Chain Walk, a route designed to link open spaces from the Thames down Crystal Palace Park, with plenty of signs to guide the way through quiet residential areas between the parks.

The start of the route takes me up to Blythe Hill Fields in Lewisham, offering panoramic views of Canary Wharf on one side and the rest of the city’s skyscrapers on the other.

The next vantage point comes shortly after this and is named One Tree Hill. Reached by a slope so steep that most of it is steps, you are rewarded at the top with a view of the city poking out between the trees.

I also pass the ‘Oak of Honor’, a big old oak tree that marked historic land boundaries and reportedly once sheltered Queen Elizabeth I as she passed through the area. 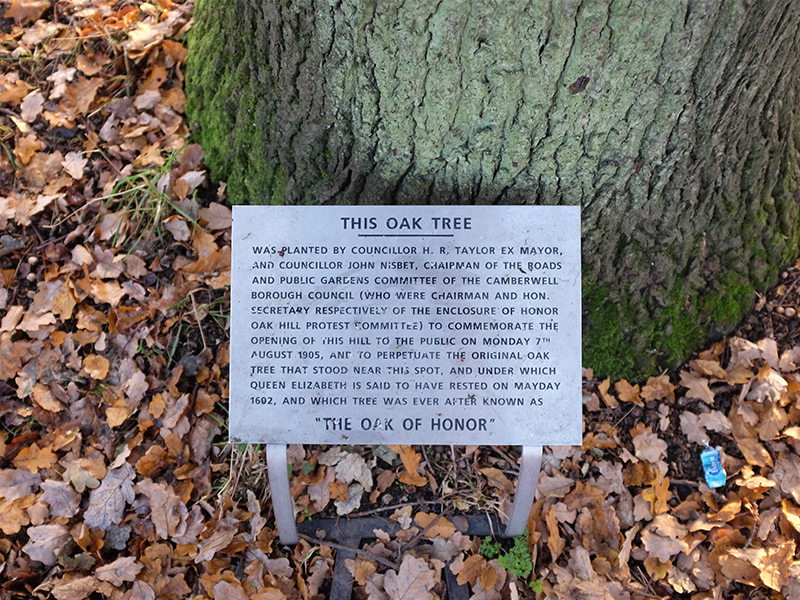 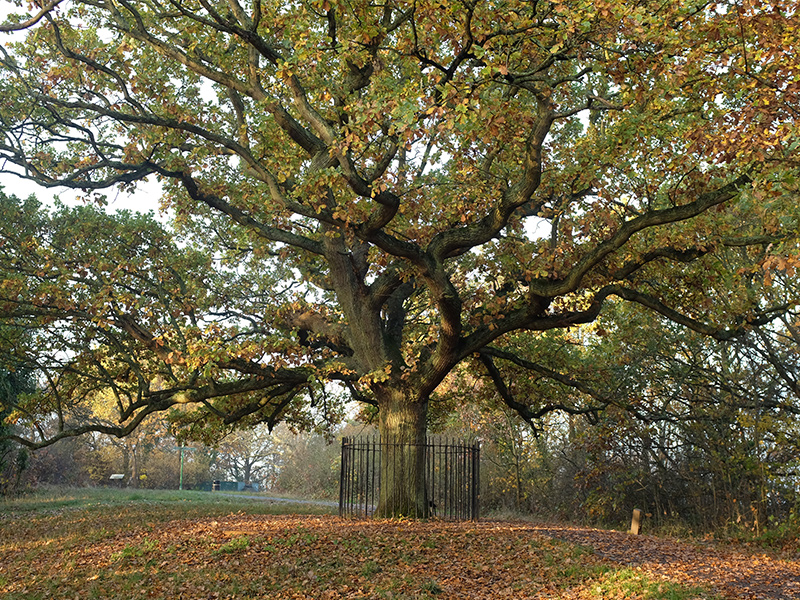 The next piece of history comes as I pass though Camberwell Old Cemetery, the Green Chain Walk route meandering through elaborate and crumbling tombstones. The final surprise of my run comes in the form of Sydenham Hill Wood, a serene, dense woodland of muddy trails that feels miles away from the busy streets surrounding it. The descent out of the woods towards Sydenham Hill station comes (thankfully) down one of the steepest slopes in the area, aptly named ‘Hell’ by a running friend of mine. From here it is back to the tarmac and on to my destination for a well-earned shower and a coffee! 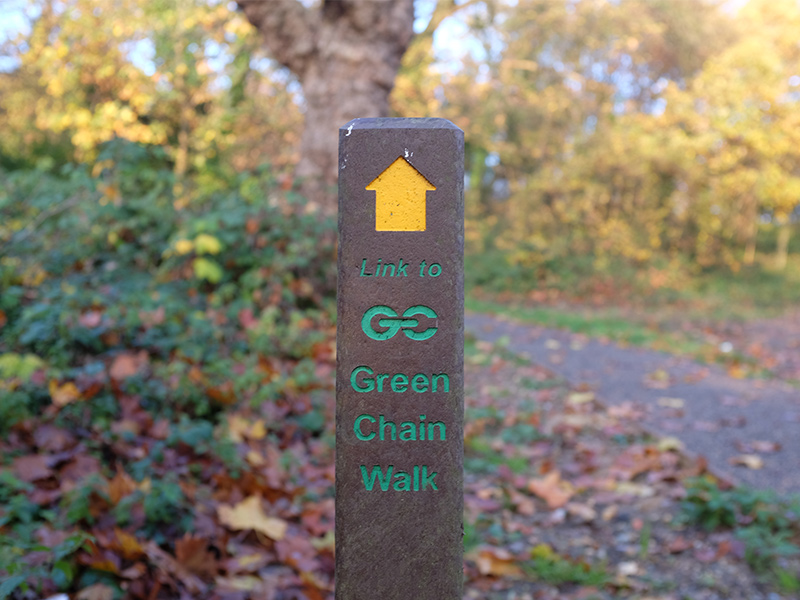 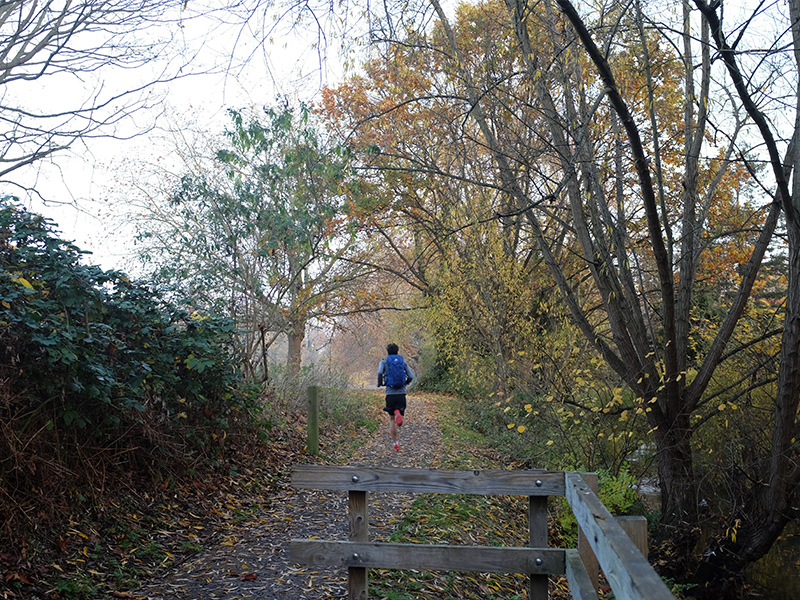 Whether you’re running, walking or cycling, there is something empowering about getting to know your local scenic routes through your own physical endeavour. Equally pleasing is the satisfaction of finding your own ‘secret’ paths, or gleaning some local history in the process. The rewards are endless!

Maximilian Nicholls is a London based runner sponsored by Salomon, racing predominantly in mountain running and cross country. He has represented Great Britain on a number of occasions, most notable performances include 6th in the World Mountain Running Championships as a junior and a number of top 5 finishes in the National Cross Country Championship.