Want to start navigating your way to new adventures? Map reading skills are essential for exploration. We asked our OS GetOutside Champions to suggest their tips for better map reading and more fun with maps.

It might seem strange but some people are afraid of maps because they think they might not be able to use them or that they might look silly if they find them too complicated.

But Jason Rawles urges people not to be afraid of maps. He says: “Maps are fun. They are part of the planning excitement for your next adventure and they should be seen as an enjoyable part of being outdoors. I tell people to just give it a go with maps – and then they see how much fun they are.”

Jason is an adventure guide based in North Wale. He runs skills workshops, UK-based adventure experiences and overseas expeditions.

Do what you shouldn’t!

A route in OS Maps

Experts tells us that it’s vital that we don’t rely on GPS gadgets and that we can use a map and compass if we are going to explore the wider countryside. This is true, however it doesn’t mean we shouldn’t make use of GPS gadgets and digital mapping apps. In fact OS Maps has a great app.

Mud and Routes suggest you go for a walk and map the route digitally but also try to plot the route by map and compass.

They say: “Then, when you are back home enjoying a giant mug of cocoa or a single malt, you can compare your routes and see where you went wrong, if you did, and what you did right.”

You can learn a lot from digital routes alone (doing what you are told not to!), although, of course, you should be able to use a map and compass as well, in case you lose GPS signalling or batteries fail.

Find out more at Mud & Routes 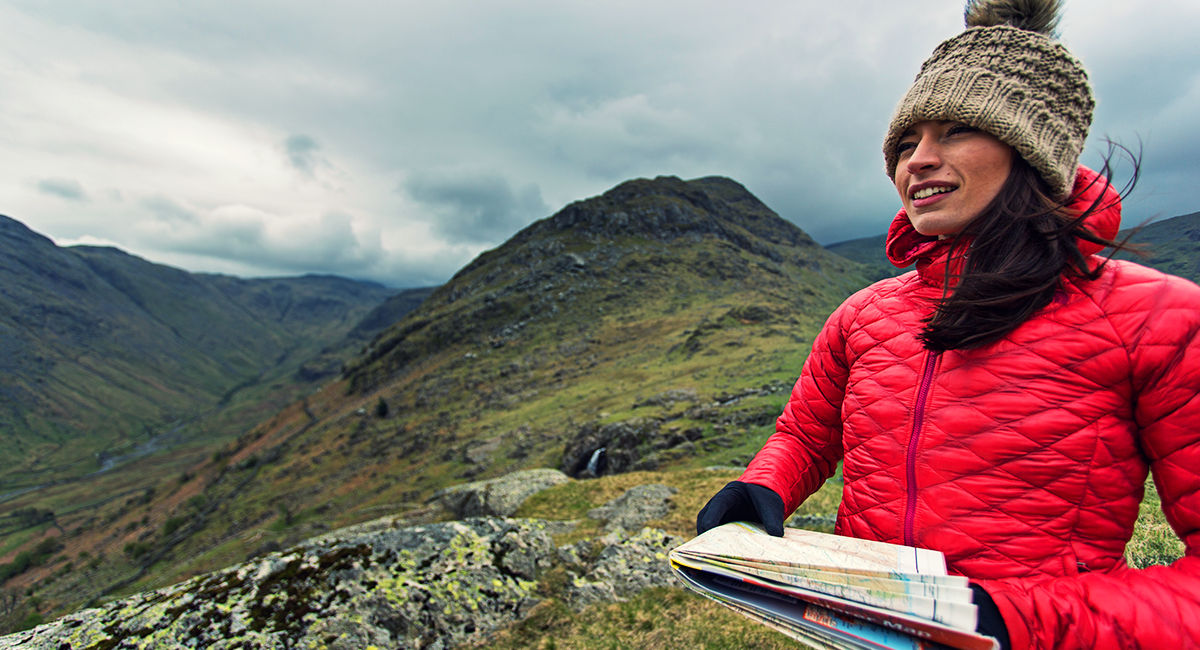 Phoebe Smith says: “Don't be afraid to rip the cover of your lovely new map.” This seemingly strange suggestion does make sense, however. She explains: “Time and again, I see people struggling to fit their map into a waterproof cover but the answer is easy.

“The first thing I do when I get my new OS map is rip off that lovely shiny cardboard cover. It looks great, but when you're folding the map to size it's wildly impractical.

“Once ripped off, folding it into the relevant section is a breeze. If you take off the cover before you leave home and keep it safe, when you get back in from your adventure you can pop the map back inside the right cover.”

Phoebe realises that some people may see the as defacing a beautiful piece of cartography but she sees it as a “badge of honour”. She says: “It proves I've not only bought the map, but really used it.”

Phoebe Smith is an award-winning writer and author of Extreme Sleeps, Wilderness Weekends and Book of the Bothy. 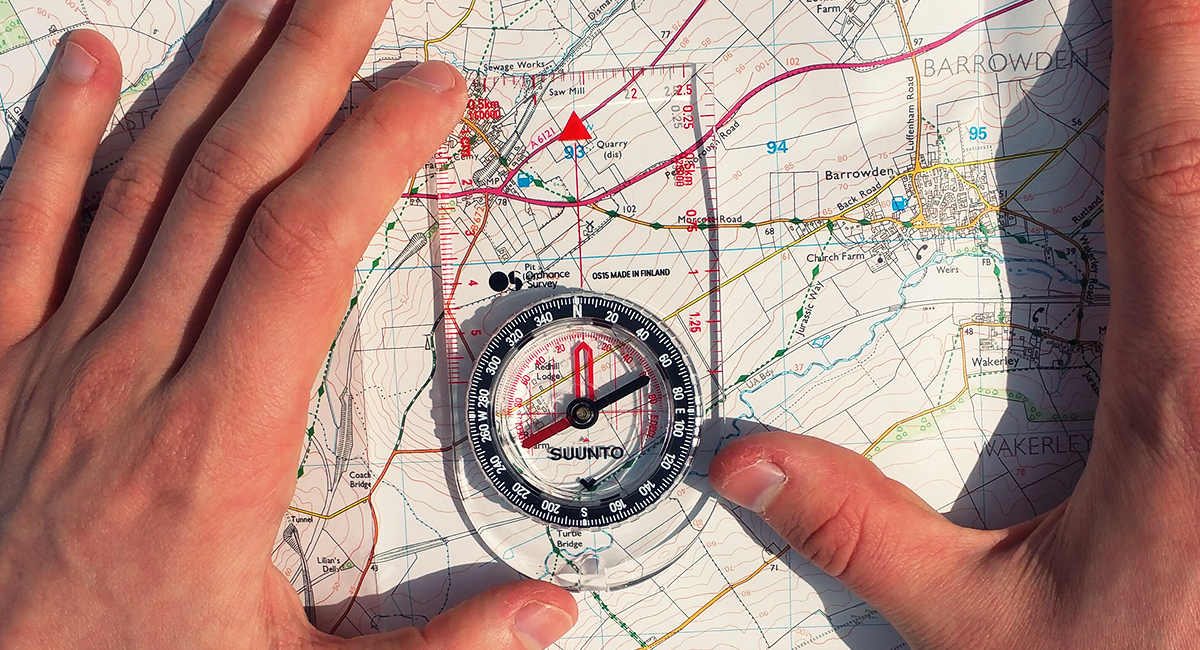 Two Blondes Walking offer a simple but sometimes overlooked tip: “Always trust your compass. They rarely go wrong and following them usually means that you end up in the right place.” 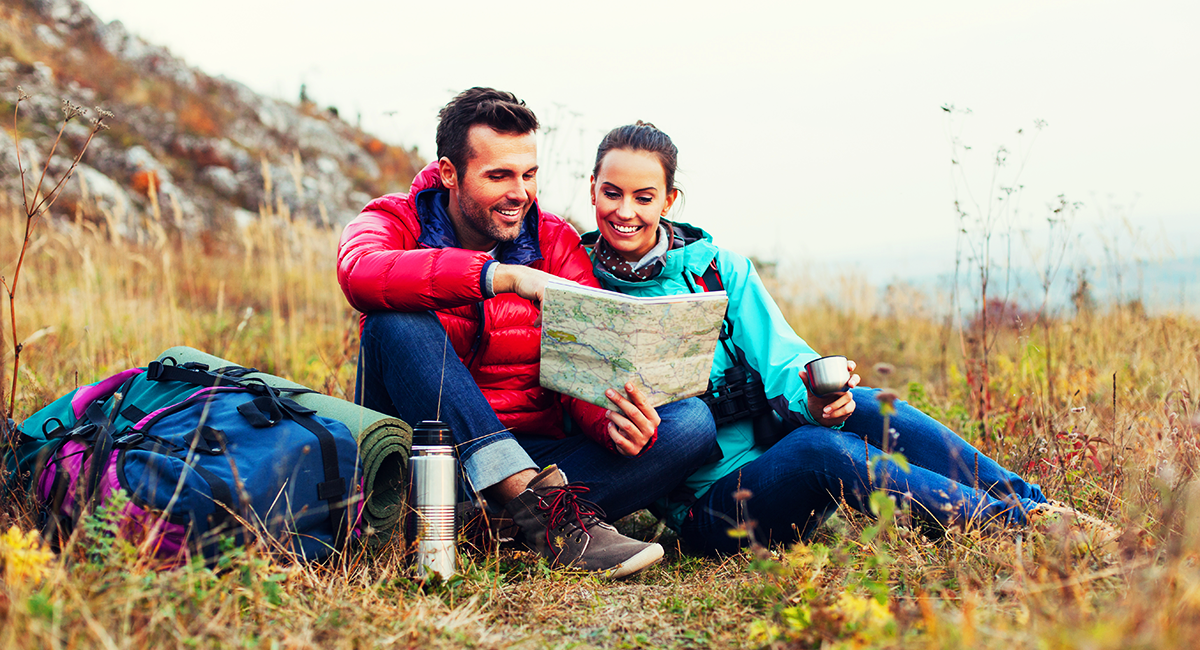 Fiona Russell, aka Fiona Outdoors, believes that there is a lot of benefit in joining a navigation course – but that it’s worth considering a course that is aimed at different genders.

She says: “It’s probably a bit controversial, but I think it’s realistic, to suggest that men and women tend to read maps in a different way.

“It’s not that one gender is better at map reading but, in general, they often think and plan in a different way. Women and men also work together in different ways to read maps.

“So, I have found that as a woman, it’s easier to learn to navigate on women-only courses, while men seem to do better in mixed company.”

There are plenty of professional navigation sessions offered across the UK and learning from the experts can make it far easier and quicker to learn.

Fiona is an outdoors and adventure journalist and blogger based in Scotland. See Fiona Outdoors 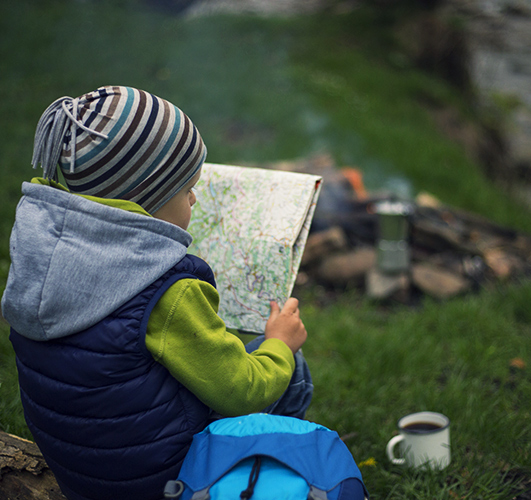 Introducing kids to maps when they are young and when they are having fun is more likely to create a life-long love for adventure.

Mary-Ann Ochota says: “Kids love map reading. They like to work out where they are, where to go and what they’re going to find at the end. It turns any walk or bike ride into a treasure hunt.”

Mary-Ann also recommend that families try orienteering. She says: “Orienteering is a fun way to practise map reading skills and orienteering events are really affordable. There are routes to suit everybody and always someone to help if you get a bit lost.”

Mary-Ann’s new book, Hidden Histories: A Spotter’s Guide to the British Landscape is available on the OS shop.

Thanks to FionaOutdoors for compiling the list with the help of the other #GetOutside champions.

Beginners guide to using a compass