Street2Peak follows a group of inner city young adults aiming to transform their lives through adventure. OS GetOutside Champion and Mountain Leader, Jason Rawles, takes us behind the scenes of the project. 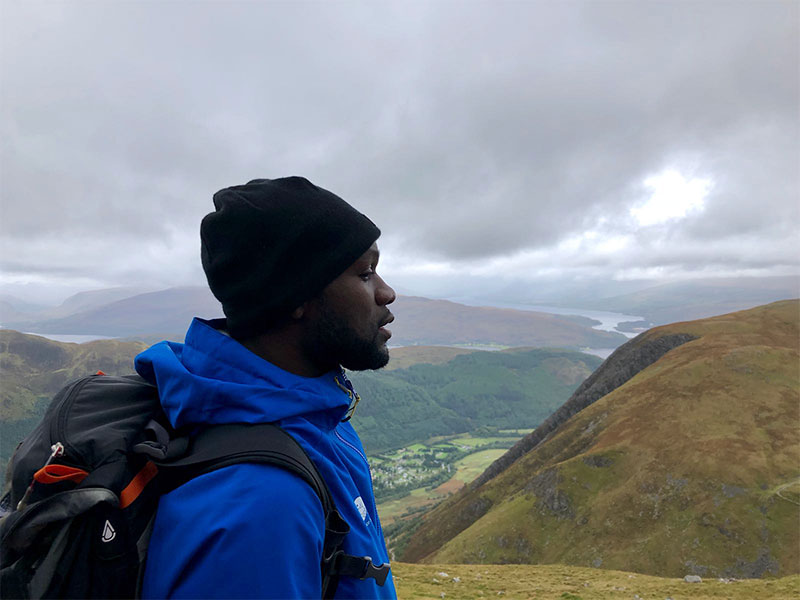 A little while back I was approached to head up mountain safety for an initiative called Street2Peak. This project is the brain child of fellow OS GetOutside Champion, Dwayne Fields, to help inner city young adults transform their lives, giving them the opportunity to change irrespective of their pasts.

We wanted to take a group of young adults who were looking to improve their outlook on life and equip them with adventure skills and learning experiences which would culminate on climbing Ben Nevis, the highest mountain in the UK. We hoped that by taking up the challenge, they could focus on how GetOutside can provide a platform for positive change.

My part didn’t come in to play until fairly late so the lead up was a frenetic whirlwind of kit, risk assessments and planning. We didn’t want to tee the team up to fail but also needed them to have enough empowerment, so they felt they had a hand in their own success.

The agenda we built for the days leading up to the summit was designed to: 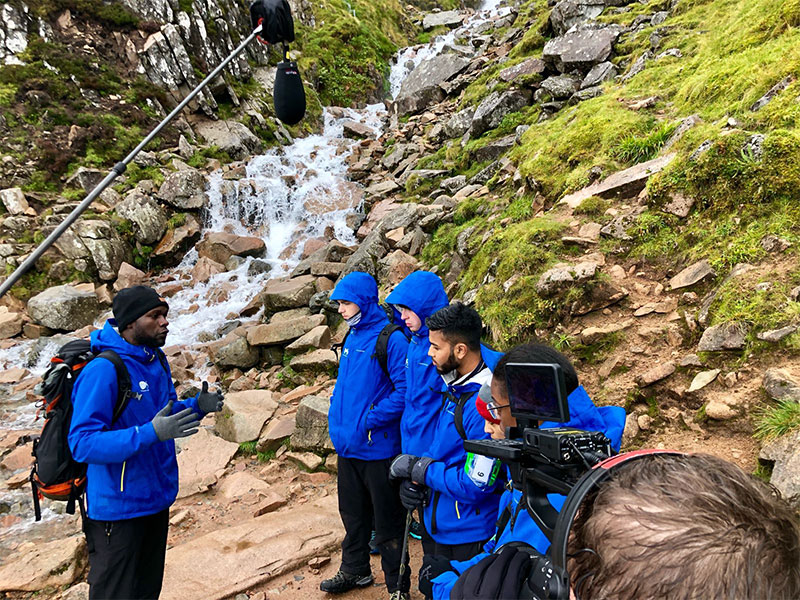 My part also included a detailed recce of routes so we had options on the day. I’ve summited Ben Nevis loads of times but for the recce’s it was also about considering filming, the BBC and wider consequences of how the team could react under stress. 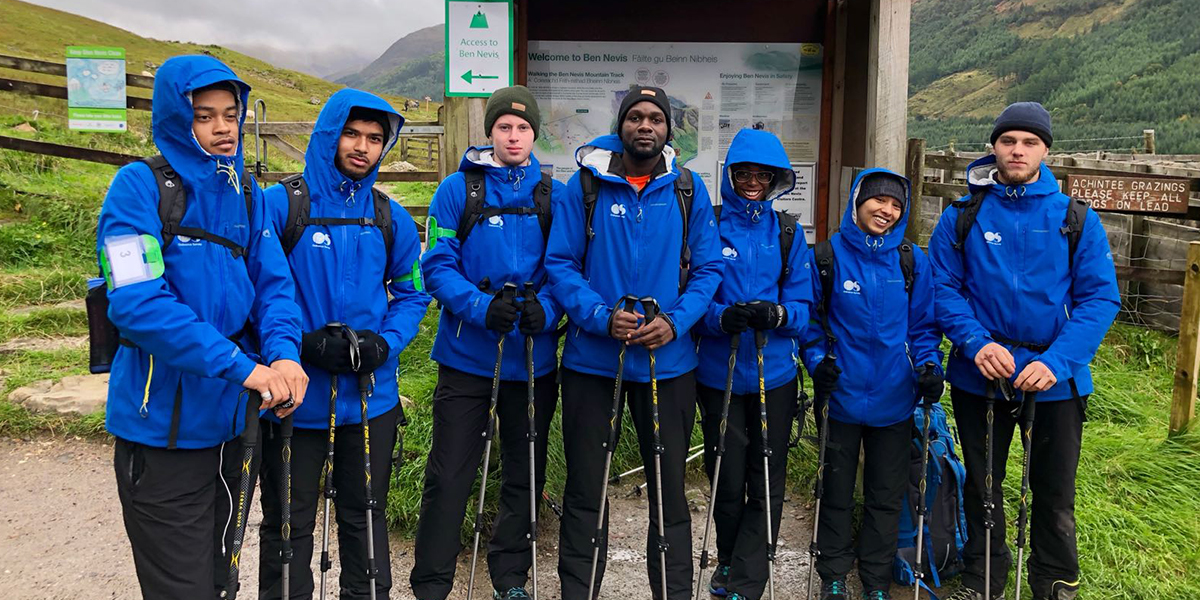 Fellow OS GetOutside Champions Fi Darby and David Love helped deliver navigation training and bush craft skills. Another Champion, Eli Bishop, joined us but with the added responsibility of being my assistant leader on the mountain.

We gathered on the Thursday afternoon and started the process of getting to know each other. Right from the off the stories from the team started to flow. I won’t share all of the details as they’re featured on The BBC One Show and via the Ordnance Survey YouTube channel, but instantly I felt a strong desire to help them transform.

These young adults really have experienced some of the worst that life can offer. The bravest step they have made is to make the decision to change and be part of this initiative. Even now, writing this, I’m getting goose bumps and a lump in my throat. 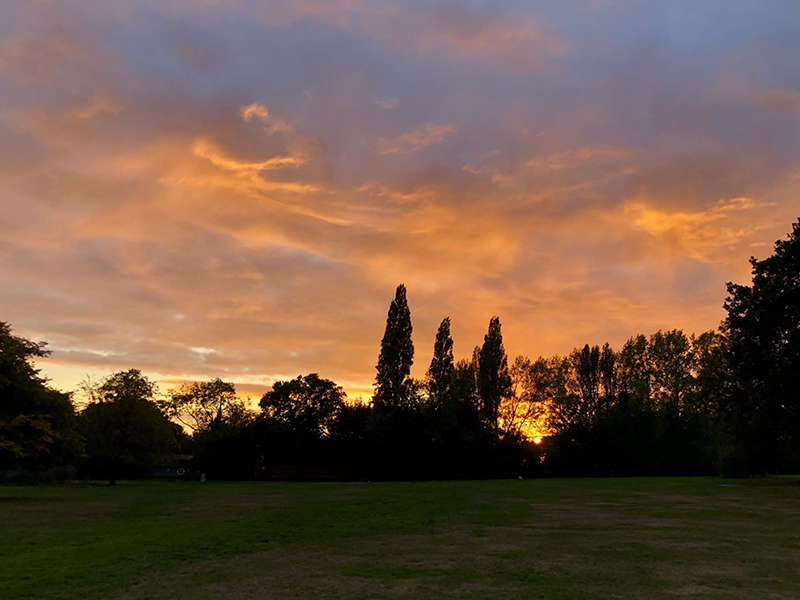 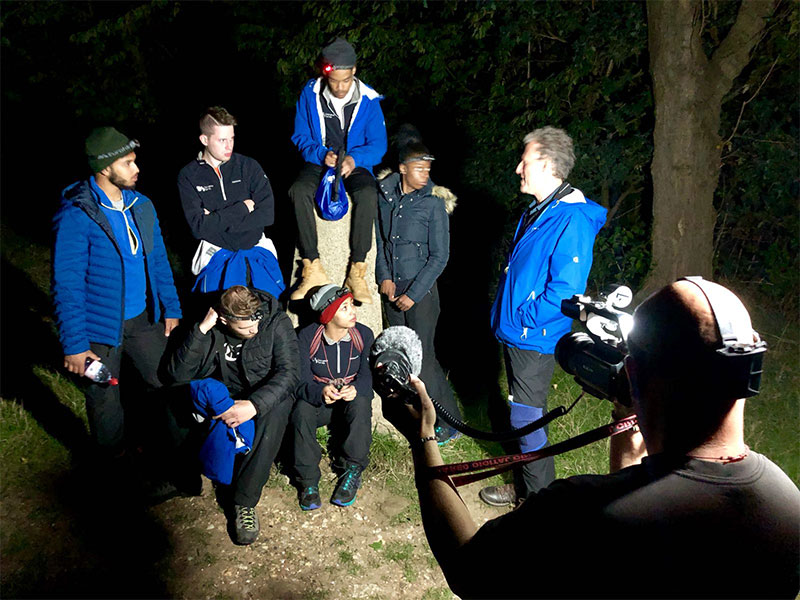 There was a special surprise waiting for the team. We were at Gilwell Park, home of The Scouts. As you probably know, Bear Grylls is Chief Scout. He had made a nice video wishing the team well.

This shocked the team as they couldn’t believe that someone so famous was rooting for them. In fact, this was a common thread, that people wished them well and cared for their success.

Thursday evening we sat back and watched the team make a fire. This was a wonderful experience as it’s the first time we saw them working towards a common goal. Naturally it was a flurry of wood, tinder and flames but they did magnificently. We toasted marshmallows and generally swapped stories. It was lovely.

Friday was a day of skills, learning, kit issue and discussions. As mentioned above, it was important that we did enough to give them a successful outcome without taking ownership of the summit away from them. In the evening we took them for a head torch adventure walk to a trig point about 2km away.

Little did we know that the ashes of one of the team's Granddad were scattered there and it was an emotional spot. Tears were shed…and that’s just me!!!!

For the past 72hrs I had a really close eye on the weather. I had 3 route options in mind but even at this point the standard tourist track on Ben Nevis was the choice. Now the decision was to find a weather window to give them the best chance of success.

Travel day was the Saturday so it was time to watch the Met Office forecast change every 15mins! My cut off was dinner time so we could sort all the final detail as there was a lot of moving parts. 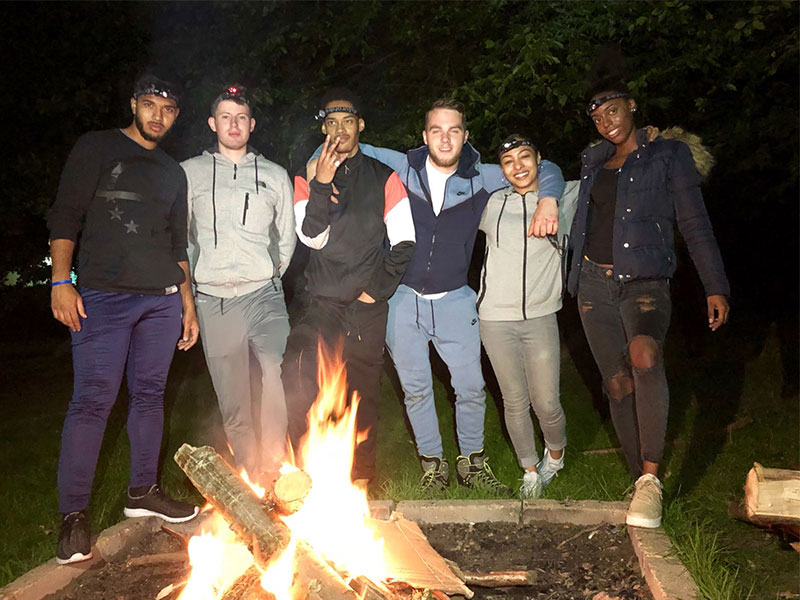 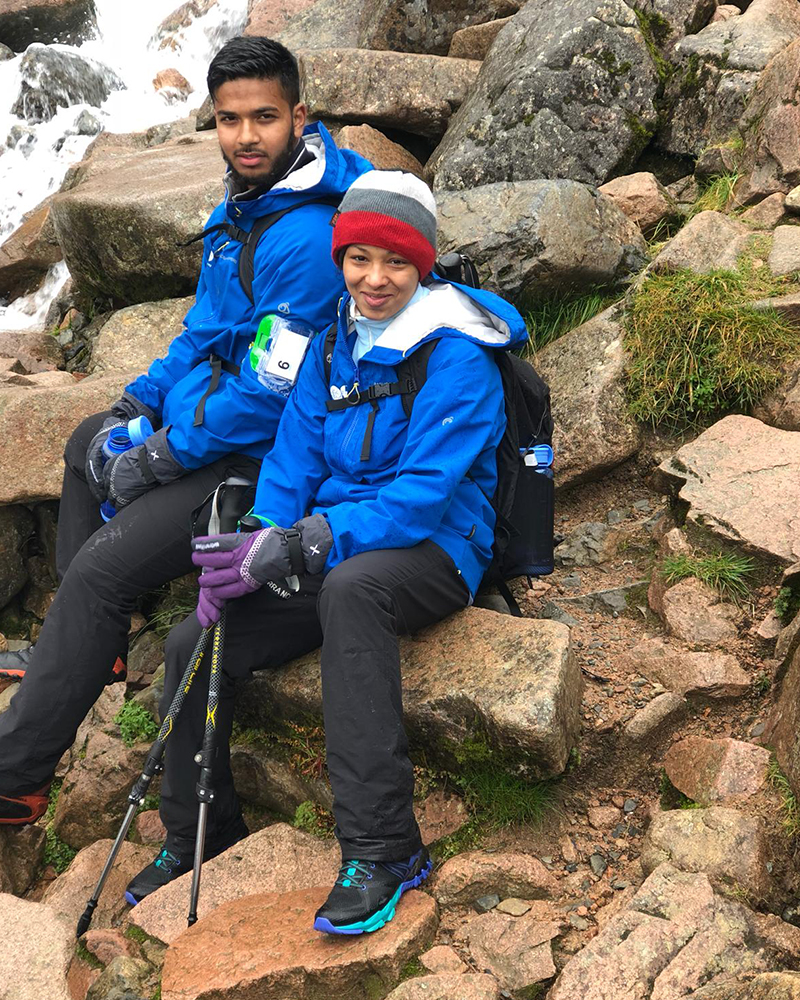 Eli and I also got to work on Twitter to rally up some messages of support. It was wonderful to get a video from Steve Backshall and tweets of support from Helen Glover, Julia Bradbury and Anita Rani. Just wow! The team were gobsmacked!

Our original plan had us starting on Ben Nevis at 7am to allow for filming and stops. I decided that we would leave at 9am instead.

The mountain had high winds and torrential rain until around 1pm and then a window of 2hrs meant we could summit. Naturally this could change but it ‘felt’ right based on data, information and my experience.

We left at around 9:30am after some controlled faff and instantly were hit with 100’s of people from a charity walk who’d turned back at the halfway waterfall. Their guide turned them back due to high winds and driving rain.

Exactly as the forecast suggested, it was totally the right decision. The mountain will always be there.

While I looked to remain calm I’ll happily admit that my bits twitched. We had already discussed safety as the main priority but it was my decision to leave later and that’s a heavy burden based on how much time, effort and cost had gone in to this. I desperately wanted the team to reach the summit.

The weather tended to play ball. The odd heavy shower but the winds died down and the rain slowed right down. I’ll say that fortune favours the brave but I’ll also take any rub of the green! After the halfway waterfall we entered the clouds, grouped up closer together, and plodded on to the summit.

There were a few people descending, as we ascended, and they wished us well. The mountains create such a wonderful community and the team were quite taken aback by the camaraderie of everyone up there.

About 20m from the summit trig I brought the team into a huddle. The camera crew were waiting to film and it would be a little madness for them. I wanted us to hug as a team and tell them how proud I was of their efforts.

Also, to remind them about food, water and temperature and being honest about how they feel. Safety, always, is the first priority. 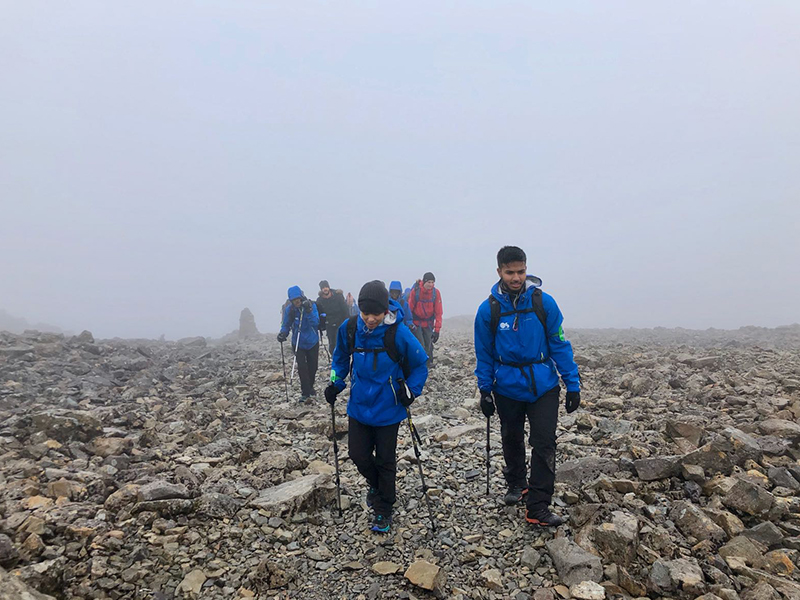 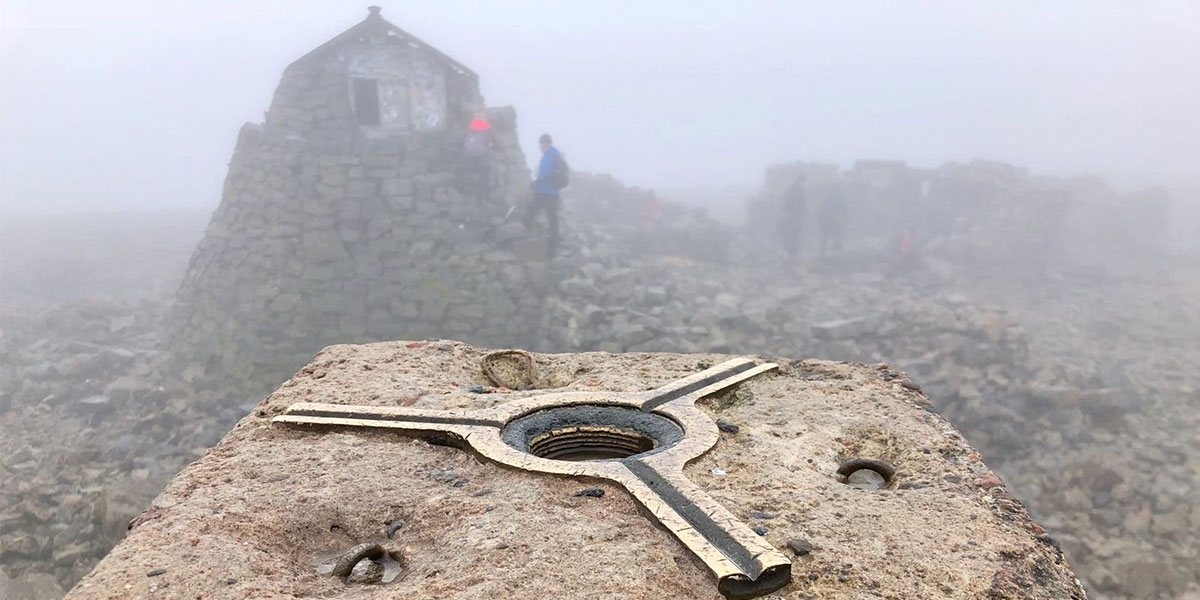 After a few pics and chats with other people at the summit, I took myself to one side. I am happy to admit that I cried. All of the pride, happiness and effort seemed to leak out of my eyes. I’ll never forget how that summit felt and will always remain special.

Anyone who plays in the mountains knows that the summit is only halfway. So we gathered our thoughts, things, sorted kit and made our way back. Ben Nevis is an absolute beast to walk off and it shocked people how hard it was. However, everywhere I looked, there were MASSIVE smiles. 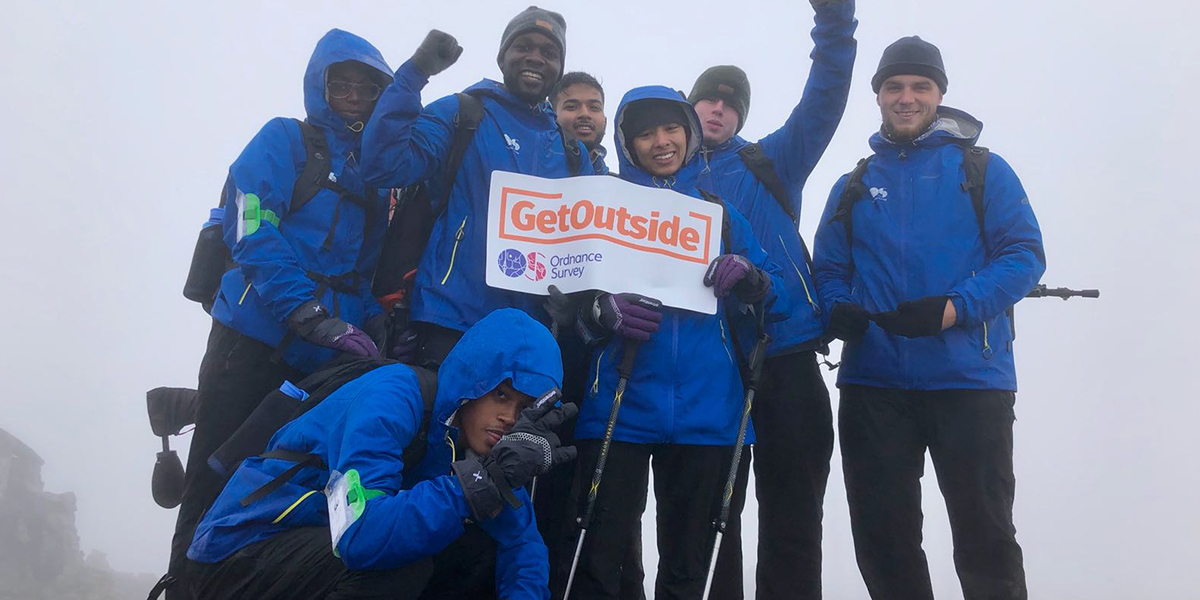 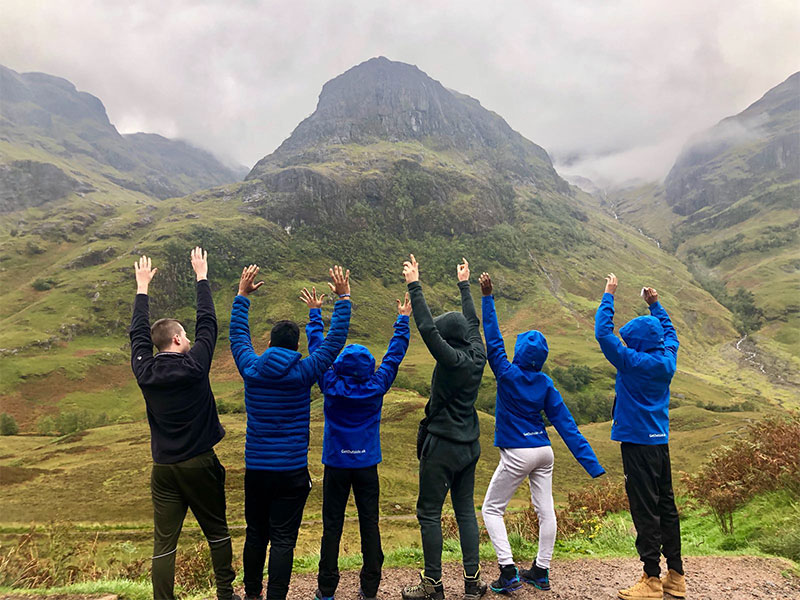 We finished at the Youth Hostel in Glen Nevis. What an amazing feeling. People were chatting with the team and congratulating them. There were hugs and smiles. People phoned their parents and there were tears. I couldn’t speak and for those who know me, know that’s rare! After something like that it’s nice to sit for a moment and reflect rather than rush around. The team were beaming and as one of them said, team work makes the dream work!

The rest of the time together was kit, a fire, filming and getting back home. It does have to be mentioned that Tim Peake congratulated the team on their success! Just sayin’!

Saying goodbye at Gilwell Park was tough but as we talked about, this is just the beginning of something wonderful for them. I don’t know if you believe in magic but I believe we can make magic happen in our actions.

This team made a brave step into the unknown and now they can reap the benefits that comes with courageous actions.

People can shine if you create the right environment for success. 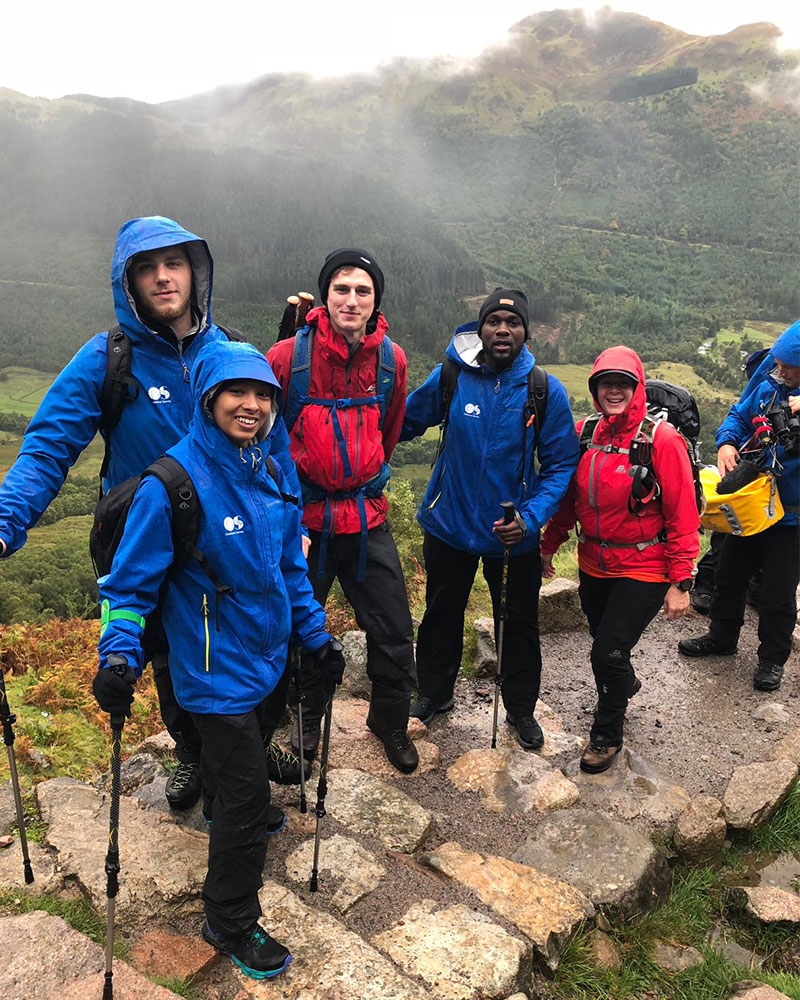 For exclusive behind-the-scenes footage check out the OS YouTubeChannel: Street2Peak

Jason is a speaker, business leader, adventurer and author - and founder of The Adventurer Club.