Introducing the second in our series of outdoor game reviews. We spoke to walkers, runners and cyclists in both rural and urban areas to see what they thought of the popular location-based game Run an Empire.

Like most geolocation games, Run an Empire translates mapping information of the area around you into its own in-game environment. In this case, Run an Empire breaks down the world into hexagons. The more hexagons you travel through, the more resources you can gather. The more resources you gather, the more you can build (and run) an empire of your own.

The key is increasing your hexagon count, by going somewhere new to claim it as your own, or revisiting areas you’ve previously passed through to get bonuses. The hexagons themselves are quite large, making it necessary to take longer routes in order to capture or revisit as much land as possible.

The good news is, it doesn’t matter how you get there. Walk, run, cycle, even skateboard or rollerblade. Run an Empire lets you build things your own way. Anyone feeling competitive can also compete in mini leagues, and battle for the right to fly your personalised banner above castles that are scattered across the map.

How you travel and complete the outdoor element of the game is down to you as an individual. But as our reviewers discovered, your chosen outdoor activity can influence your enjoyment of the game.

Run an Empire by: walking

There’s very little requirement for players to look at their phones, or engaging in ‘eyes-down play,’ while playing Run an Empire. Players simply tap the screen to start and end the journey – much like using Strava, or trying close your rings on Apple Fitness.

“I was walking / tubing London and would have the game in my pocket and it would track the route, without having to check it at all. I could just focus on where I was going.” – Jonathan (a walker)

Checking your phone screen can help you target specific hexagons (you wouldn’t want to almost miss one, after all). Or you can check your progress if you feel unfamiliar with your local area and need to find roads to get you to a particular place.

Even so, Run an Empire’s basic mapping makes it difficult to see footpaths or areas you wish to visit, and therefore it can be challenging if you wanted to plan your run or cycle route in advance. But, until this changes, OS Maps makes a great accompaniment for helping find your way.

Some players may appreciate this lack of eyes-down play, because it allows you the chance to take in the world around you, without being distracted by the phone screen.

For walkers, or indeed any user that fancies some added entertainment while outdoors, there is a trade-off. There is no direct gaming element when on your walk where you interact with your phone to play. This may put some people off who are expecting a game like Pokémon Go.

“It’s a motivator to go outside and accumulate distance in order to proceed through the game. But once you’re outdoors, Run an Empire itself doesn’t do anything to make that more fun.” – Craig (a walker)

“It encourages you to get out to claim new land, but not to try something new - Maddie (a walker)”

Other reviewers of Run an Empire loved the simplicity of claiming new territory when outside. It drove them to explore new places. They could still review their progress, like our reviewer Mike on his e-Bike (pictured below), but this isn’t a requirement for the game. Different users who don’t have (or don’t want) easy access to their device – runners, cyclists, horse riders, dog walkers and so on – can start the game, and then leave their phone alone.

“If I was walking then I might want to pause at a castle or other feature for some interaction, but not whilst running or cycling.” – Richard (a runner)

For them, it’s useful that that Run an Empire doesn’t require you to stop and check your progress, or indeed do anything, except perhaps see if there’s any new areas you’d like to go next. Run an Empire could suit players who enjoy outdoor activities and would like to try geo-location games as motivation to stay out longer or travel further, without having to engage in much eyes-down play to achieve it.

Because playing Run an Empire really starts once you get home.

“I didn’t look at it while I was out, I just turned it on when I left the house and when I got back, I played with it while I was doing some post-run stretching. – Celia (a runner) ”

Run an Empire does focus quite heavily on the post-adventure element of the game, rather than having a collect-as-you-go strategy like other geo-location games. Being motivated to complete the outdoor tasks does rather hinge on whether or not you enjoy the indoor elements of the game, and therefore want to continue playing.

"I only used it once for a 12km run and there was a huge amount of clicking and collecting to be done when I got back. Maybe ta little too much for me" – Richard (a runner).

Geo-location games such as Run an Empire are often designed to encourage players to get outside, and go further. However, if the indoor gameplay isn’t to your liking, it may not serve as the encouragement to go for another run or a longer bike ride.

Plus, the lack of interactive gameplay while out and about may not encourage you to keep playing, once you’re outside.

At the very least, Run an Empire doesn’t limit players in terms of their choice of travel. It is effectively open to everyone; walk, run, cycle, horse ride, the list goes on. The choice of travel is down to the individual and how you gather hexagons is entirely yours.

Our reviewers have also found that Run an Empire seems to work best if played solo.

“I intended to test it with my kids, but co-op just wouldn’t work. - Craig (a walker)”

With no gaming elements while outdoors, children may find it boring going on long walks for no immediately obvious reason. They may even just be interested in getting home again, to see what they’d unlocked. While the reduced eyes-down play may appeal to some, the game isn’t overly engaging while out on adventures. This may not be the geo-location game of choice for family outings.

Solo players and/or fans of geo-location games may enjoy this, as Run an Empire could be played alongside another app in the background. Load Run an Empire while hunting for Pokémon or searching for Geocaches, for example, and see your Empire rewards when you get home!

“We’d have loved to see footpaths we could take to get to hexagons we wanted to travel through, or some real-life points of interest represented in the game that we could go and find. – Michelle (a walker) ”

Recommended? Yes, but mainly to people who already enjoy this kind of game.

Run an Empire could be a good choice for anyone seeking motivation to get outside more often, as it adds an additional feeling of accomplishment to any journey you happen to take. It also doesn’t require much in the way of staring at a phone screen for much of it (a benefit to anyone of limited mobile data and/or battery health!)

Run an Empire is the second in our reviews of geo-location games, the first being Geocaching. Check out our other reviews in coming weeks, and see if you can find just the right game that motivates you to get outside! 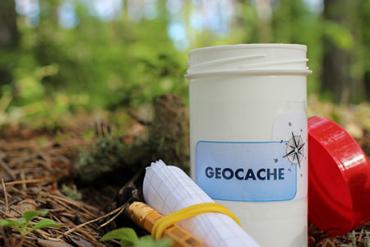 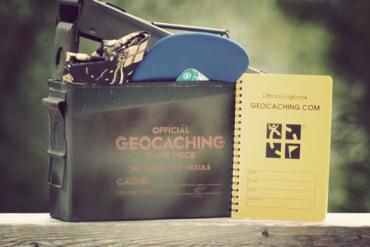 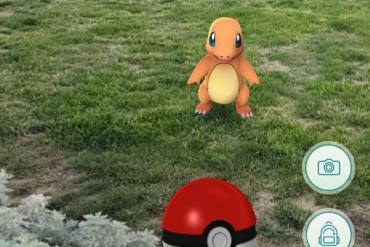