200 years since the publication of his famed map of Lakeland, #GetOutside champion James Forrest investigates the life of map-maker Jonathan Otley. 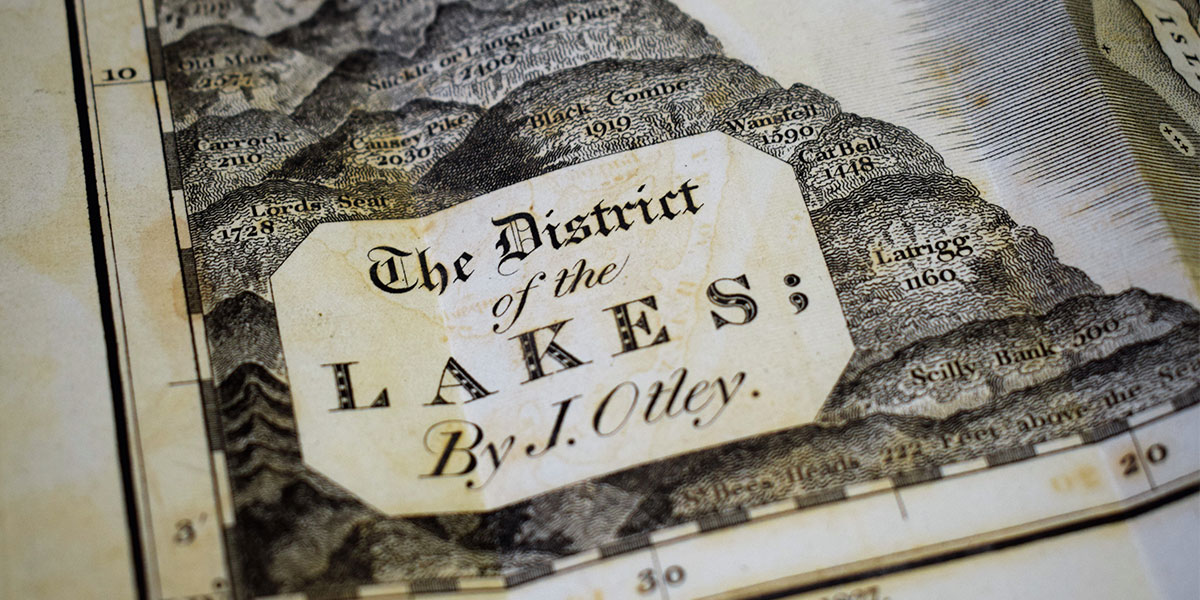 We all take accurate maps of our favourite places for outdoor adventures for granted. Detailed maps enhance our lives and fuel our wanderlust – they let us venture into the unknown and guide us along the way of our epic #GetOutside exploits. But, whether your preference is for 1:25k Explorer maps, 1:50k Landranger maps, or the OS Maps app, it’s hard to believe how we’d cope with them.

Prompted by this double century milestone, I delve into this life of this cartographer below. 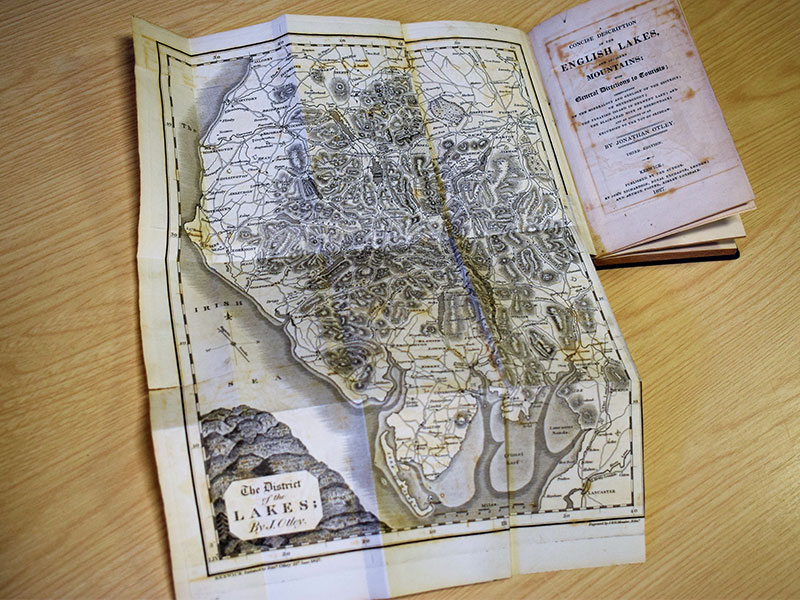 A copy of the 3rd edition of Jonathan Otley's guidebook, with foldout map 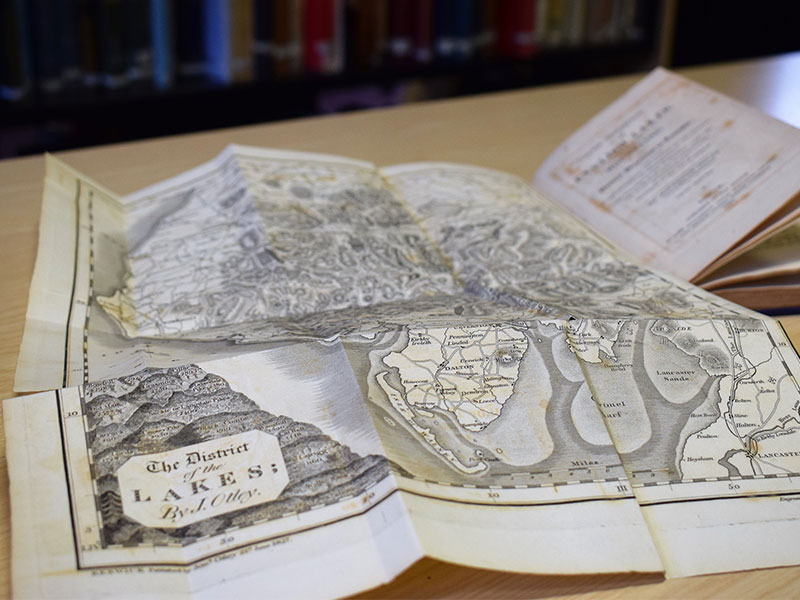 A copy of the 3rd edition of Jonathan Otley's guidebook, with foldout map

What made Jonathan Otley’s map so special?

In 1818 Jonathan Otley published the first accurate topographical map of the Lake District. Other maps preceded it, but none so comprehensively and precisely. Otley’s map was innovative and groundbreaking; a watershed moment in society’s understanding and appreciation of Lakeland’s beautiful fells.

Otley’s map was innovative and groundbreaking

Who was Jonathan Otley?

Jonathan Otley was born on January 19th 1766 at a house called Scroggs, near Loughrigg Tarn, into humble, agricultural circumstances. He attended schools in Elterwater, Langdale and Ambleside and was an intelligent and inquisitive boy, who was skilled with both his mind and his hands. He gained an interest in clocks and watches, learnt how they worked, and taught himself to repair them, as well as becoming renowned for his engraving.

These skills later developed into Jonathan’s career – he set up business, known affectionately by locals as ‘Jonathan’s upt Steps’, in King’s Head Yard in Keswick for over half a century. A plaque commemorates the location even today.

But Jonathan’s interests were far from limited to clocks, watches and engraving. Using Keswick as his base, he explored the Lakeland fells extensively and kept meticulous notes on his observations regarding geology, botany and topography.

His inquisitive nature and insightful analysis made him an expert and innovator in these fields.

From 1812 onwards, he was inspired to work on the production of an accurate map of the Lake District. It was published in 1818 and became a success.

Other cartographers, including Keswick museum entrepreneur Peter Crosthwaite, had made earlier maps of Lakeland. But none could match the accuracy, detail and flair of Jonathan’s creation.

Otley’s map, which was sold folded for the pocket and neatly coloured, included tables showing the heights and locations of prominent mountains. It gained a reputation as ‘the most correct delineation of the district’ and was widely supported by the public. 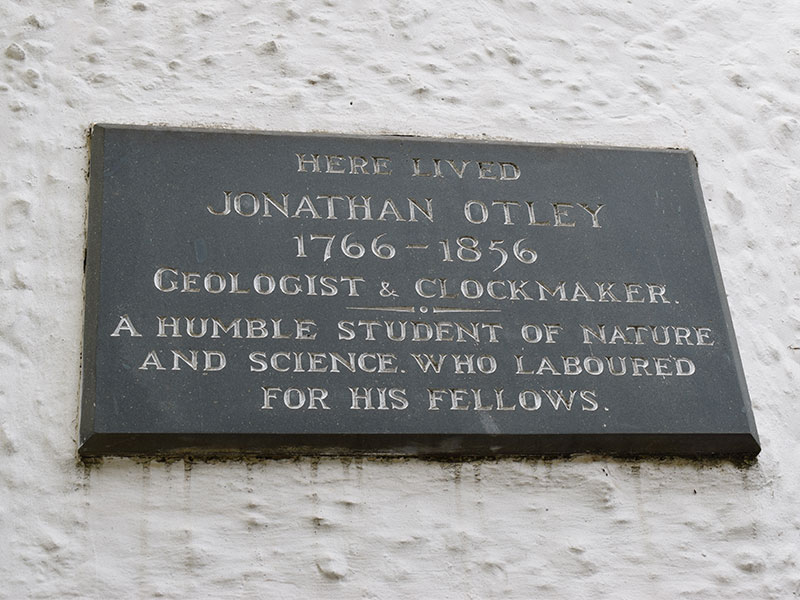 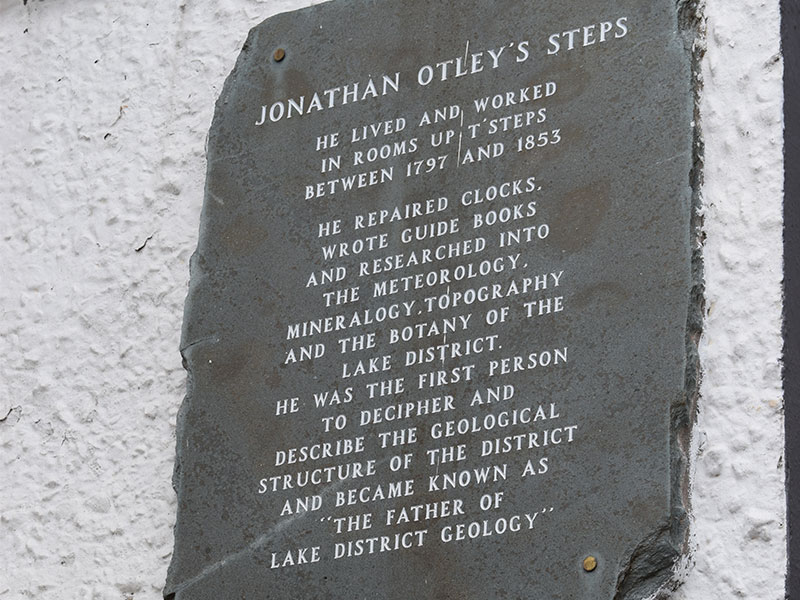 What else did Jonathan Otley publish?

But Jonathan didn’t rest on the laurels of his map-making accomplishments. He continued to study and research Lakeland with significant energy – and published the fruits of his labours in an 1823 guidebook entitled A Concise Description of the English Lakes, the Mountains in their Vicinity and the Roads by which They may be visited; with remarks on the Mineralogy and Geology of the District.

It was in this book, which had reached eight editions and a print run of over 8,000 copies by 1849, that Jonathan postulated his theories on Lake District geology. He proposed that central Lakeland was occupied by ‘three distinct groups of stratified rocks of slaty texture’. These descriptions mirror what we now know to be the Skiddaw Group, Borrowdale Volcanic Group, and Windermere Supergroup. Otley’s geological perceptions were ahead of his time.

He accurately identified each group’s age, structural complexity, weaknesses, and anomalies, while also publishing an exposition on the relationship between bedding, cleavage and jointing in the Lake District – an insight described as ‘his greatest geological achievement’.

But, perhaps what is more remarkable, is how Jonathan came upon this knowledge and understanding – by relentlessly walking the fells, often to inaccessible and inhospitable places, by seeing and researching with his own eyes, and by interviewing miners. 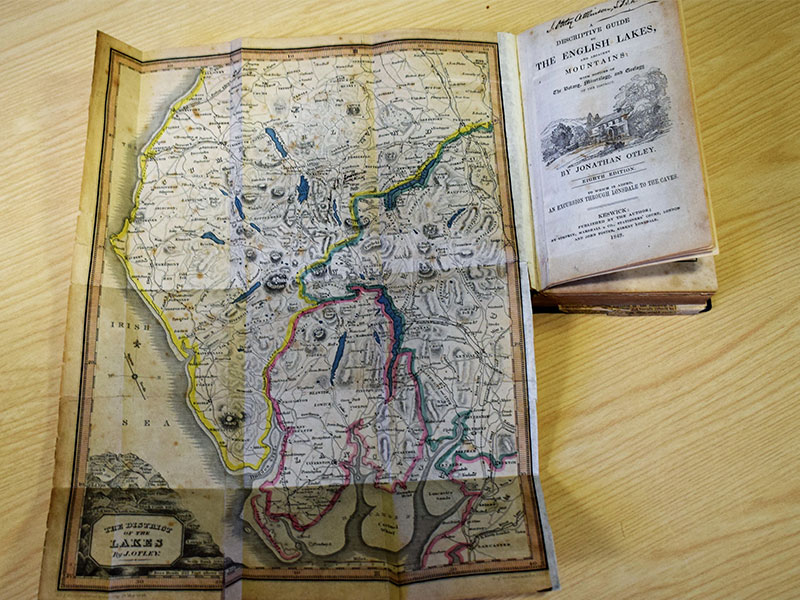 A copy of the 8th edition of Jonathan Otley's guidebook, with foldout map 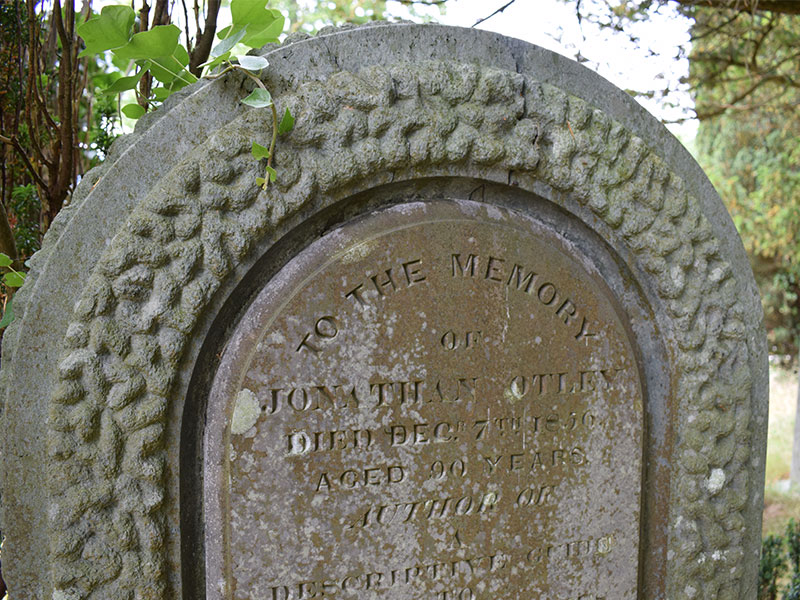 What other interests did Jonathan Otley have?

Metereology was an interest that Jonathan pursued during his advancing years. He cut a notch in the rocks at Friar’s Crag, Keswick, to record the fluctuating levels of Derwentwater; kept daily weather observations and maintained a rain gauge at Crow Park in Keswick from 1844 to 1855; and conducted research into springs and water supply.

A well at the end of Greta Street in Keswick even became known as ‘Otley’s Well’.

What is Jonathan Otley’s legacy?

Jonathan Otley’s legacy lives on. Posthumously he became known as the ‘father of Lakeland geology’; his celebrated map of 1818 was a precursor to the work of Ordnance Survey; and the style of his guidebooks inspired many, including most notably Alfred Wainwright.

Otley’s name lives on in Keswick too. At his former premises in King’s Head Yard, now the back of a Cotswold Outdoor shop, which fittingly sells maps and modern GPS devices, is adorned with a plaque that reads...

Here lived Jonathan Otley, 1766 – 1856. Geologist and clockmaker. A humble student of nature and science, who laboured for his fellows 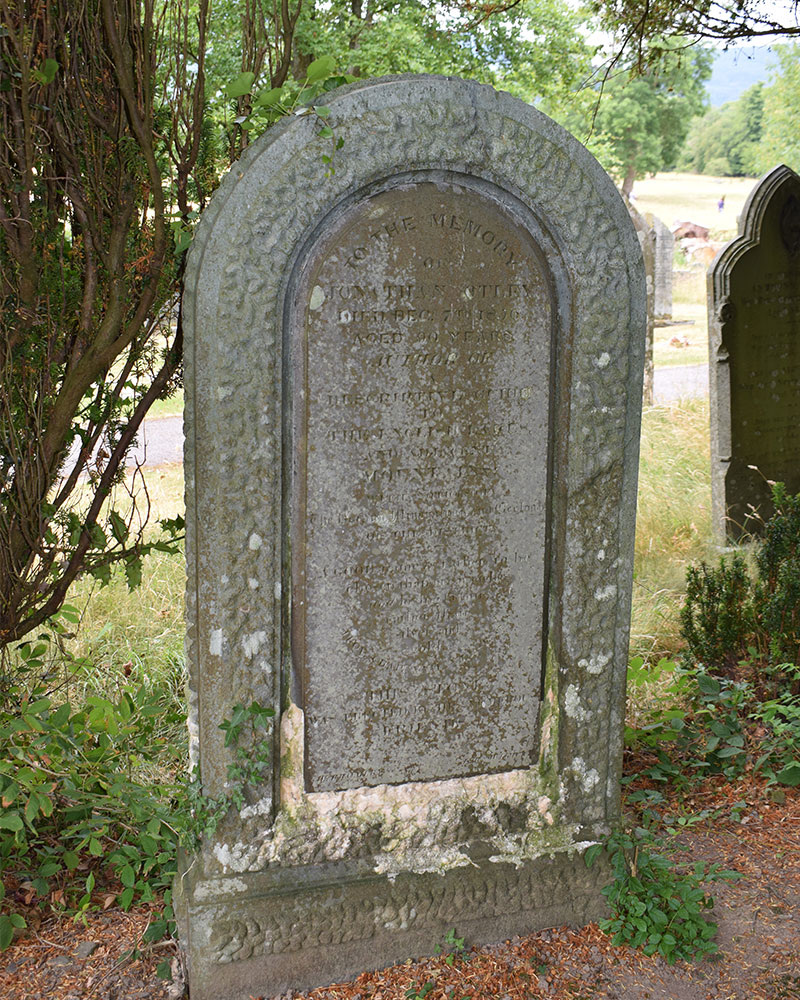 Mountain-loving, wilderness-seeking, hiking addict from the Lake District, James is on a crazy mission to make his life more adventurous, to explore the great outdoors, and to climb as many mountains as possible.