They say only in a blue moon does Kinder Downfall freeze enough to turn from what is normally a picturesque waterfall into the Peak District's premier ice climbing venue. 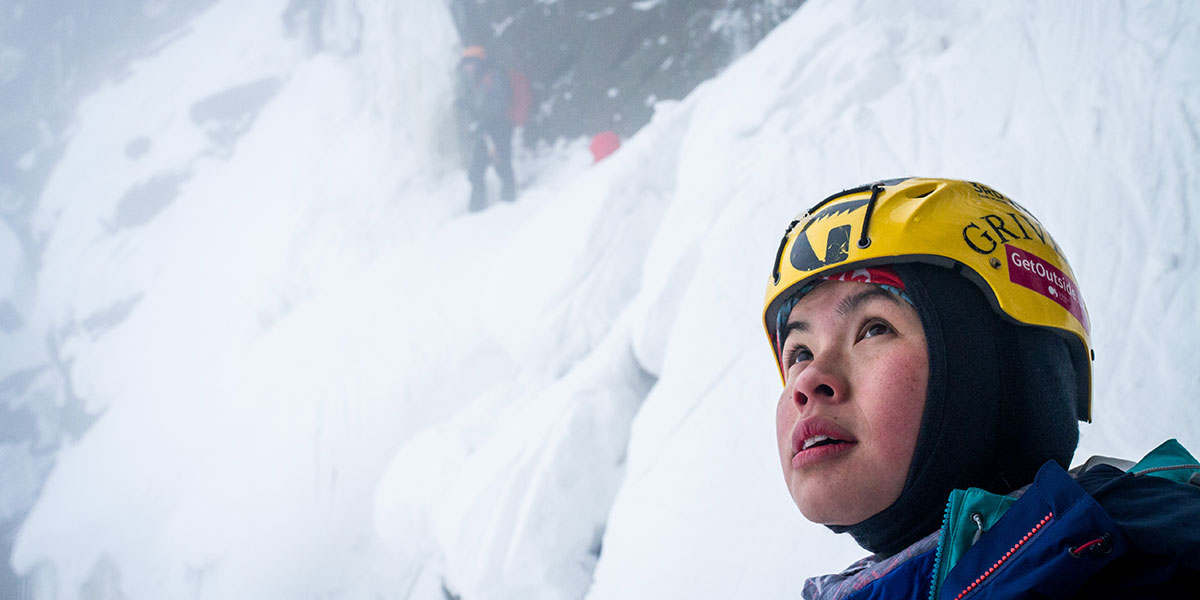 Whilst some people were grabbing sleds and building snowmen during the Beast from the East, there were a number of climbers sharpening crampons and axes ready to tackle the 30m frozen ice fall located on Kinder Scout in the Peak District.

The social media hype was unbearable. With friends posting photos of themselves posing on the frozen falls, the UKClimbing logbook ferociously updating the growing list of ascents, and Facebook spamming our feeds with photos of excellent conditions all around the UK, the rush to get to the bottom of the downfall was on. The rumours of large queues and unbearable temperatures were putting no one off.

Second guessing the road conditions on the Friday night, we planned to play it safe and start the walk in from Nether Booth, Edale, where the roads had been gritted. This meant a 10km walk just to get to the base of the Downfall, and a 21km day out in the hills in full winter conditions. 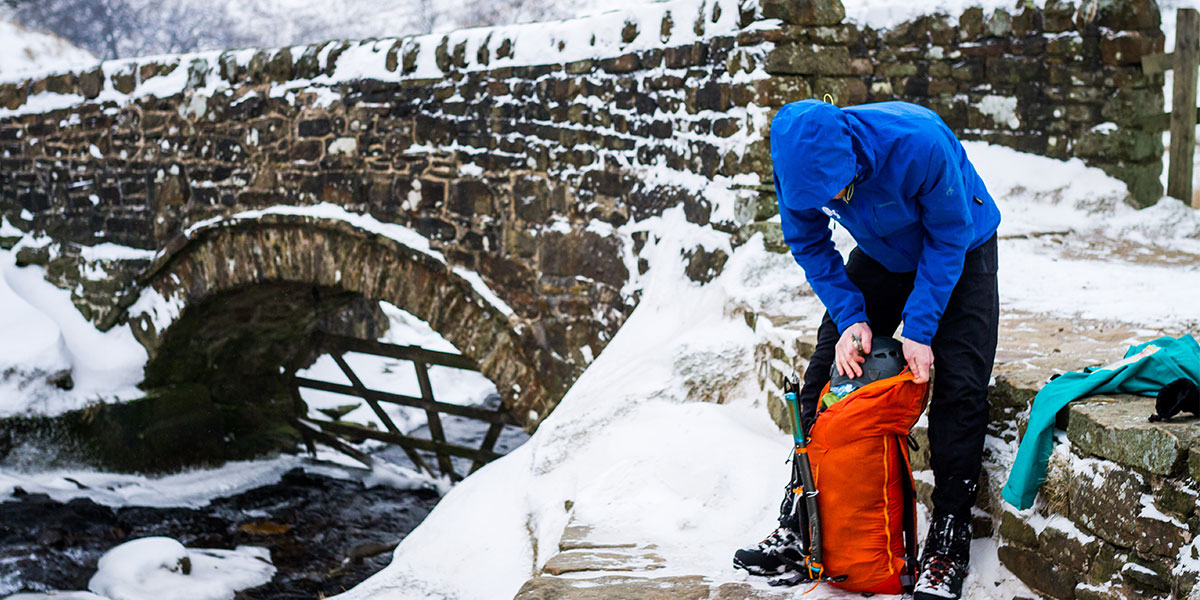 Arriving at the car park at 7am, we set off quickly, passing through frozen fields and onto the Pennine Way via Jacob's Ladder path leading onto Kinder Low. The low visibility, bitter wind and freezing conditions made the route feel much more alpine than often associated with the Peak District. Navigation was key to staying on the path, the snow masking the well-worn track. But regular map checking and taking of bearings kept us on track, and we reached the top of Red Brook, our descent route down to the River Kinder.

Red Brook is a grade 1 winter route, with the top section being ice and rock, turning into a powder snow filled gully down to the bottom. This made the descent hard work and slow going. With Jessie and I being the first on the route since the last snowfall, we were having to break trail through sometimes waist deep snow. Leaving the deep snow behind, we reached the Kinder River and picked up the extensively trodden path leading to the Downfall. Mist shrouding the elusive ice fall we had walked so far to get to. Getting to the base of the falls at 1pm did mean we were behind four teams in the queue, but throwing on a down jacket and pulling out the Sigg flask we stayed warm and chatted to the others around us. Ice conquests, poor conditions and general climber chat kept the mood high and everyone laughing. Geared up and ropes out, we waited for our chance to attack the route.

As our turn came, I took the first lead, ascending up and placing screws - bridging and hooking my way up the highly trafficked route to the first belay point. Jessie followed to join me before I took the thin ledge traverse that leads to the final pitch. Climbing through, Jessie tackled the final ice pitch, a chimney style climb with an ice wall as the final hurdle before the top of Kinder Downfall. Climbing over the top, we were greeted by surprised hikers photographing this unusual Peak District sight. 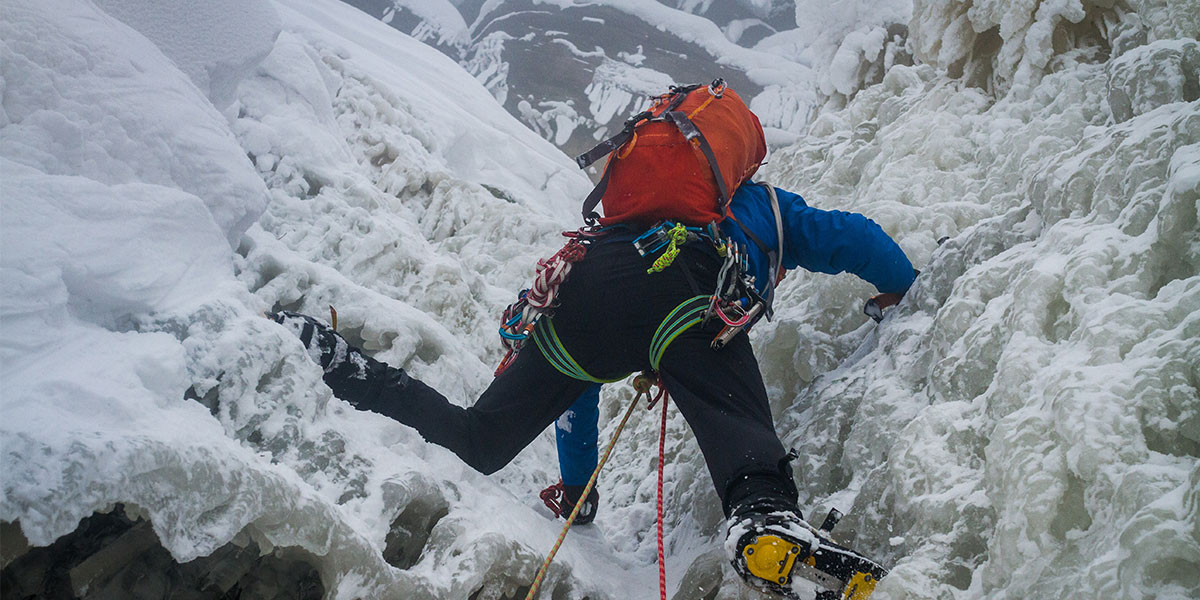 Feeling satisfied, but knowing that we still had a 10km walk back to the car, with the light disappearing fast, we packed up and headed back the way we came. Fast walking and jogging back along the Pennine Way towards Edale, we managed to make it back down to the Valley before dark. Reaching Upper Booth and feeling exhausted, we made the decision to take the road route to back to the car. With head torches on and now making quick progress, we pushed on, digging deep into our energy reserves. 13 hours after we had left the car, we made it back - tired, aching, but so happy to have done such an elusive route.

Words by Rory Southworth - find out more about him here.

Photography by Jessie Leong - find out more about her here.