Britain is a country that is widely appreciated for its culture and history by Brits and foreigners alike; and while it may be of smaller calibre than our European counterparts, our landmarks make for some fascinating adventures into Britain's past.

Here are some of the best historical trips to take in Britain... 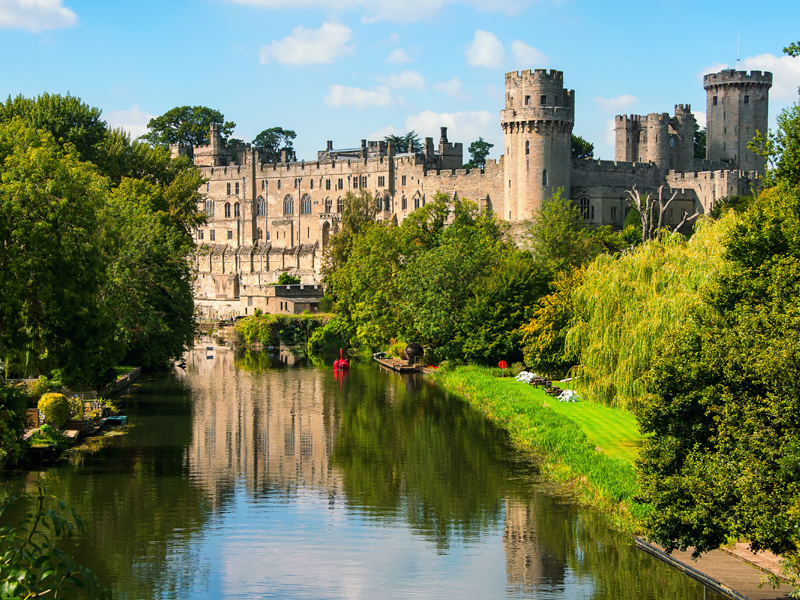 A lovely town in The Midlands, the main feature of a trip to Warwick is its stunning medieval castle. Originally built as a wooden motte and bailey by William the Conqueror in 1068, it was constructed in stone in the 12th century.

Today the castle is owned by the Merlin Entertainment Group which means as well as all the historical attractions, it is like a mini theme park with fun and interest for all ages. Events run through an extended summer season and include jousting tournaments, falconry exhibitions, and a fire and light spectacular known as Dragon Slayer.

Beyond the castle, Warwick is a pretty town with quaint Tudor buildings. There’s a charming olde-worlde feel accentuated by tea shops and antique stores with plenty of things to do on a day trip.

One of the most culturally and historically rich coach trips you can take in the UK is around Yorkshire. As the biggest and most powerful city in the north for many centuries, York was a stronghold.

Today this is evidenced in the remains of the huge fortified city walls. Built by the Romans, the walls were the longest medieval barrier in the country.

But the Romans weren’t the only ones to leave their mark on the city.

things to do in Yorkshire 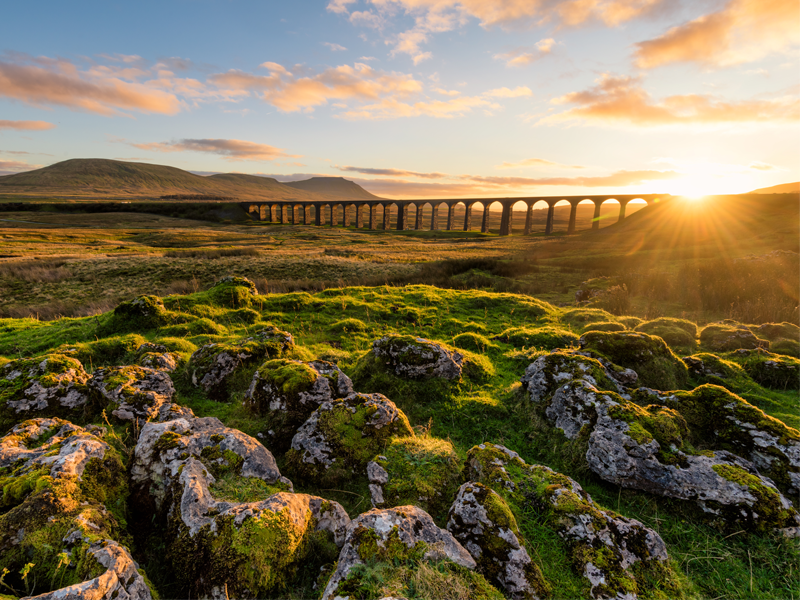 From York, it is easy to travel out through the county to areas of interest such as Haworth, (the village home of the Bronte Family), Pickering Castle and Ampleforth Abbey. The beautiful countryside of the North York Moors is also easily accessible. 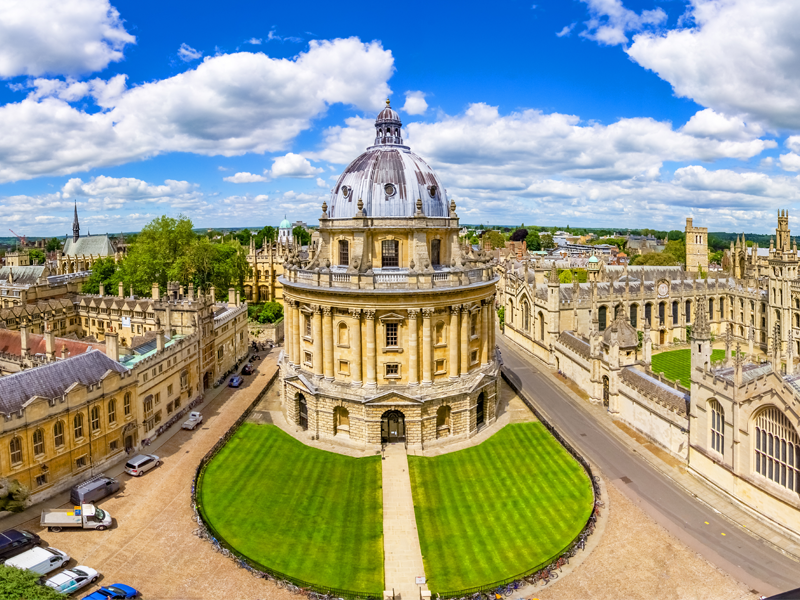 When Matthew Arnold described Oxford as the “City of Dreaming Spires”, he was referring to the skyline formed by the magnificent architecture of the university buildings.

The city’s most notable buildings are generally open to the public even though they belong to the university’s colleges. A distinguished collection, the forms include libraries, churches, towers, museums and the colleges themselves.

One of the most fascinating things about Oxford is the juxtaposition of its history with the thoroughly modern life.

Oxford and its immediate environs have been the setting for some hugely successful TV series and movies. While wandering around the city, you’ll see places that have been filming locations featured in Inspector Morse, Midsomer Murders, the Harry Potter movies, The Golden Compass and many more.

As the gateway city to the Highlands, Stirling is packed with history.

Today it is mostly associated with the tale of William Wallace, made famous by the movie Braveheart - a huge Gothic folly dedicated to Wallace stands tall over the city.

Stirling’s position has always made it strategically important in the battle for governance of Scotland with defining battles having been fought at Stirling Bridge and Bannockburn.

Stirling Castle sits atop an imposing hill with sheer slopes and has been home to Stewart Kings and Queens including Mary Queen of Scots. 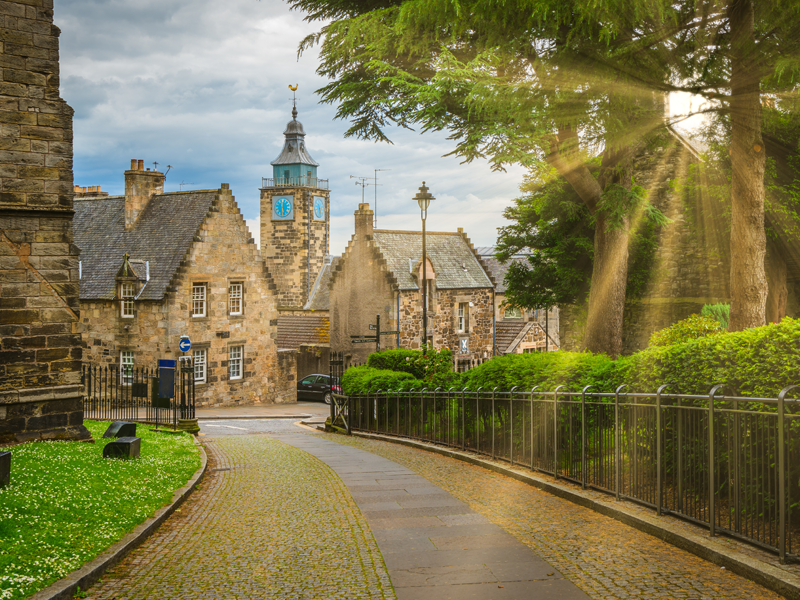 Visitors today can tour the castle to experience a taste of history in the Renaissance palace, chapel, regimental museum, the great kitchens, and the Queen Anne Gardens. Other attractions in Stirling include Argyll’s Lodging, a fine townhouse, the Church of the Holy Rude which dates back to the 12th century, the Old Town Jail and the Smith Art Gallery & Museum. 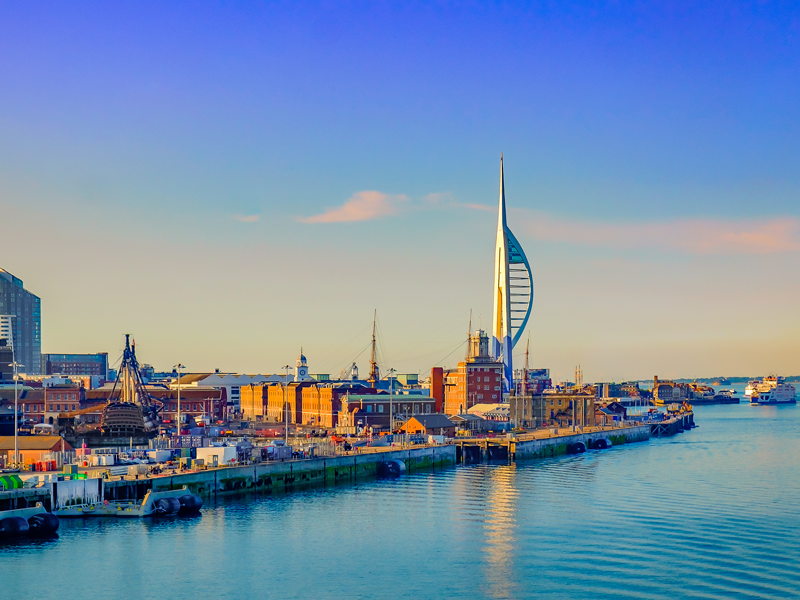 For lovers of the UK’s seafaring history, there is no better destination than Portsmouth.

For centuries, the Royal Navy has called it home and the city has been practically devoted to the defence of the realm and warfare for most of its life.

The Romans began the fortifications and huge walls can still be seen at Porchester. Kings Henry V, Henry VII and Henry VIII added to the defences, basing their main war fleets here too.

In the Victorian era, the Palmerston Forts were built around Portsmouth and the Solent and still stand today.

The Historic Dockyard (open to visitors) was extensively developed in the 18th century when it was one of the largest industrial sites in the world. Today, The Ropery is one of the longest buildings in the UK. Beyond its seafaring history, visitor attractions include the Spinnaker Tower, Canoe Lake, the D-Day Story Museum, and the designer outlet centre, Gunwharf Quays.

You’re never far from somewhere that exudes history in the UK. Whether you take a coach trip, the train, or drive yourself, there is much wonderment and fun to discover! Where will you explore next?