Extreme endurance adventurer Sean Conway is the first and only man in history to cycle, swim and run the length of Britain.

He completed the record-breaking feat in 2015 when he ran from John O’Groats to Land’s End in just 44 days, having previously cycled and swum the route.

In 2016 Sean raised the bar once more when he took on the greatest challenge of his life. 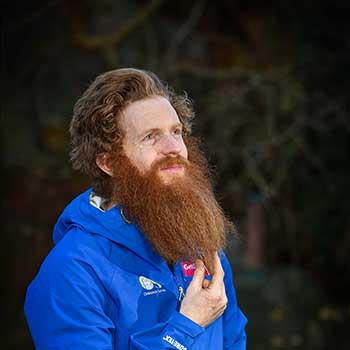 I love being a GetOutside Champion. For me adventure in its purest form is simply a way of thinking. You just need the right tools to find out what’s out there.

More from Sean Conway on GetOutside

GetOutside Champion David Love challenges the notion that 'survival' is only for the most extreme explorers, as he takes wild camping-newbie Leslie out for her first adventure.

Are you Walking to Work on 6th April?

Georgina Jackson from duo adventure team TwoTravlrs, walks whenever she can. Rain or shine, whatever the season, if it's within 3 miles, she'll walk it. So on International Walk to Work Day, she takes us with her on her commute to work.