Manse was born in Oxford, UK where he grew up. At an early age he was introduced to the natural world by his father, spending time outdoors and being shown some marvellous skills.

He spent most of his teenage years learning as much as he could about the natural world and spending as much time as possible outside. Coming from a Muslim background, he struggled with the cultural differences of his background and the western world he lived in. The natural world was his escape and opportunity to discover who he really was.

He joined the Royal Marines Commandos at the age of 29 (the oldest in his class), and was introduced to an amazing world of adventure. It is here where he realised his love of the cold! Since then he has travelled to the remote wilderness of the Artic numerous times, and loves nothing better than to explore and travel in sub-zero temperatures. He has travelled extensively, spending time in the rainforests of Borneo, further testing and honing his skills. As if all this was not enough, he spends times climbing mountains, is a qualified PADI Rescue Diver and Navigation training officer and member of the local Search and Rescue team.

Manse is a qualified teacher and spent 12 years working in Secondary education with some of the most challenging pupils Oxfordshire had to offer. After leaving teaching, Manse set up and runs his own business teaching bushcraft, Wilderness, Primitive and Survival Skills.

More from Mansoor Ahmad on GetOutside 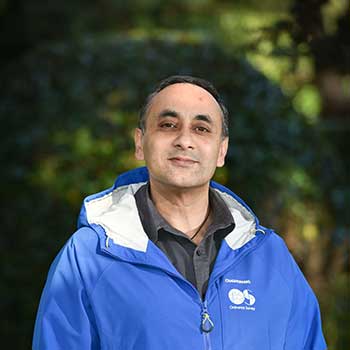 Why do #MountainsMatter to you this International Mountain Day?

#GetOutside Champion James Forrest outlines 10 of his favourite mountains across England and Wales – why not give them a try this National Walking Month?