The team began the Challenge on 23rd May 2017 finishing on the summit of Pen Y Fan on the anniversary of his death. The 25 Day duration was the length of his brothers' last tour of duty.

Karl suggests the thing he's most proud of as a Champion is the amount of people that decided to make a change in themselves as a result of what they were aiming to achieve with the Challenge. So many people began their own personal journeys, using The 100 Peaks as a catalyst, something he's keen to grow as a legacy of the Challenge.

More from Karl Rushen on GetOutside 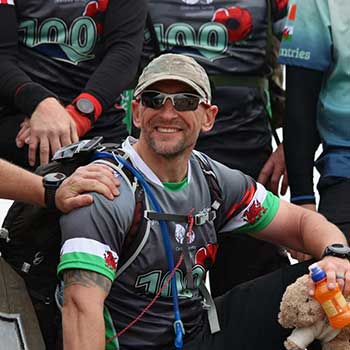 For her 50th birthday year, Fi Darby of TwoBlondes, challenged herself to sleep outside 50 times in a year. She braved all weathers, various shelters and two hemispheres. Plus learnt a few new life lessons along the way.

#GetOutside Champion Emma Cusworth gives us some sounds advice to help keep you smiling this Winter.

Championing women in the outdoors

The freedom, if not the desire, to explore the planet has been a long time coming for women. The playing field is a lot more even now than when the first female pioneers of mountaineering and derring-do were on the scene, yet when I am out hiking, in the line-up or on a climbing wall I often find myself in a very male-dominated world. I reckon it’s time we changed that.