Jack has been poring over OS maps since very first teenage cycling trips from north London to Hertfordshire and the Chilterns.

He's the author of the best-selling Lost Lanes series of cycling guidebooks and his writing and photography have appeared in national newspapers and specialist magazines. He also presents The Bike Show podcast. Besides cycling he's walked long distances in Britain, the Alps, the Himalayas, and California's Sierra Nevada. An enthusiastic wild camper, he's unfurled his bivvy bag in any number of fields, forests, and on hills and beaches. Jack lives on the edge of the Brecon Beacons National Park with his wife and two young children.

More from Jack Thurston on GetOutside 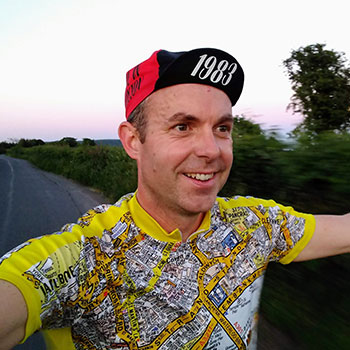