For Gus Mckechnie getting outdoors is literally life changing. Born with cerebral palsy an adventurous spirit has meant he has stayed up right and in control of his disability.

Gus has set two world records on the Concept 2 rowing machine, held Island rowing records, trekked around Mont Blanc and cycled over 105,000 miles on a stationary bike on the Red Funnel ferries.

Sometimes his adventures have taken a different twist in 2007 Gus rowed around the Isle of Wight’s roads on a rowing machine on wheels. Gus also took part in the first wheelchair mile as part of the Simply Health Great South Run.

Over nearly 25 years in Southampton, Gus has helped many to stay active in over 40 different sports. Fundraising, both in teams and individually, he has helped to raise over £2 million for good causes. He has also run indoor rowing races for over 11,000 young able-bodied and disabled people. Gus has been given a lifetime achievement award and been a Olympic torch bearer in recognition for his efforts.

Gus wants to inspire more people, both able-bodied and disabled alike, to become more active, whilst demonstrating its benefits for mental health, and plans lots of micro adventures in the future.

More from Gus Mckechnie on GetOutside 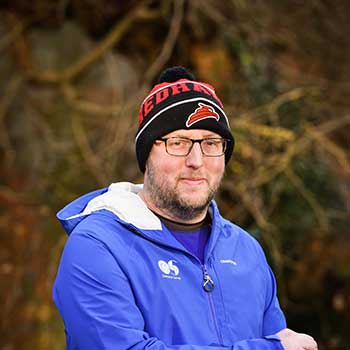 Things to do at Blenheim Palace

Take a look at all the exciting things you can get up to at Blenheim Palace whilst visiting BBC Countryfile Live. Explore gardens, mazes, lakes and woods all within the palace grounds.

Kristian Smith decided to walk home for Christmas in support of the Walking with the Wounded charity - from Southampton to Marlborough in Wiltshire. Here's how he got on...