Whether it's canoeing, kayaking or jumping on a SUP, Bel Dixon gives us five great reasons to try paddle sports.

Paddles dip into the water, kayaks glide, new perspectives of familiar places drift into view. But this isn’t an experienced paddler out on the water. This is a 64 year-old first-time kayaker who’s having a blast. 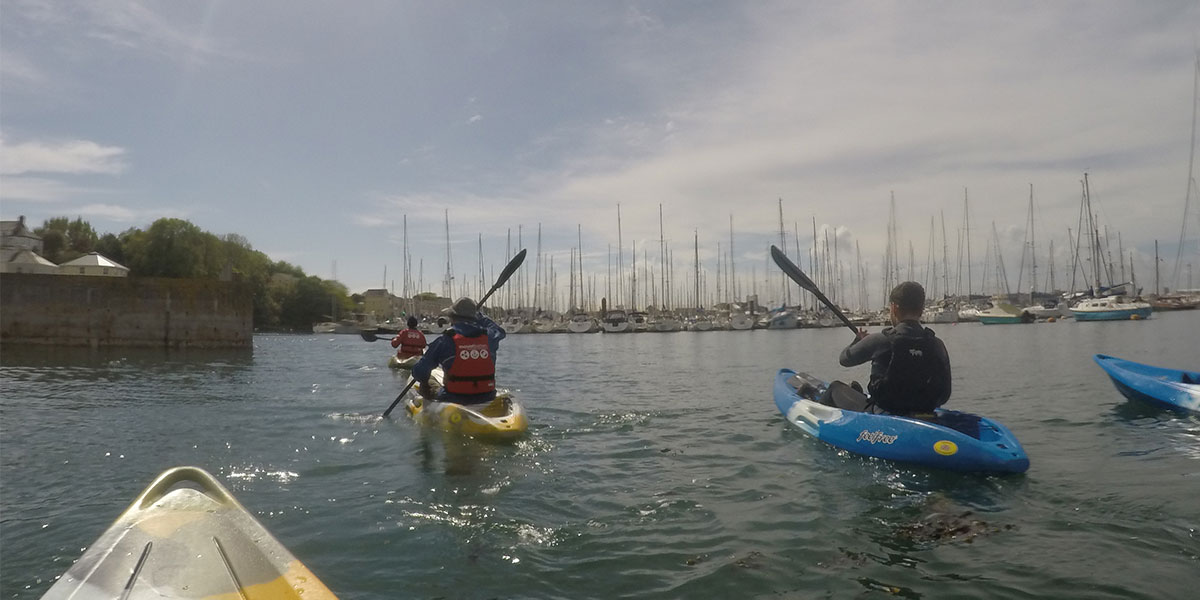 You know that outdoorsy thing you’ve long wanted to do, but haven’t quite? For my friend Jacquie it was kayaking. After seeing countless posts of my watery GetOutside adventures, she decided to book on a kayak tour at Plymouth’s Mount Batten Centre.

There's a string of nationwide events and centres where you can give paddlesports a go. British Canoeing have this great resource to check for club and activity centres near you. Just make sure you check opening dates in advance of travelling.

Here are my five reasons to give paddle sports a go.

1. It makes you happy 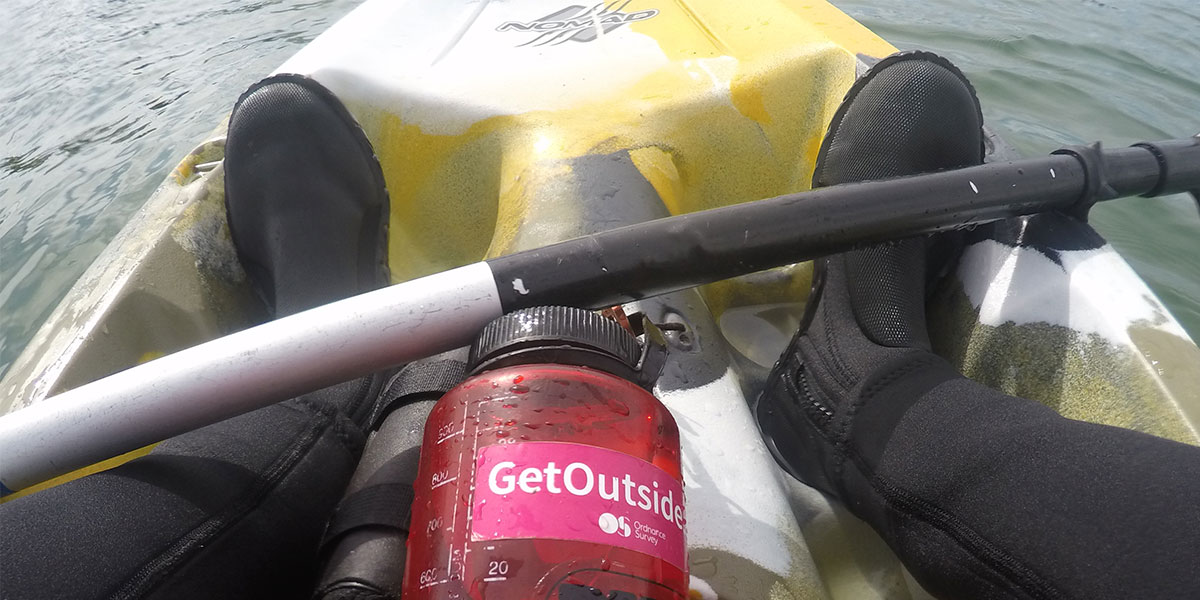 The fun started when we met in the changing room – getting into wetsuits when you’re not used to it always involves a fair bit of giggling. Next, instructors Ryan and Joe had us clad in kayaking jackets and buoyancy aids. After instructions on how to paddle, what to do in an emergency and how to launch, we were bobbing about in the water in sit-on-top kayaks. Feeling solid as a rock.

That was when the grinning began. I’ve done this before, but I’m always aware that trying a new activity can be nerve-wracking. As soon as Jacquie felt how stable that kayak was, and began – very quickly – to get to grips with paddling and steering, it all became all kinds of fun. “It’s stimulating and relaxing,” says Jacquie.

“Utterly absorbing. You’re not thinking about anything else – you’re very much in the moment” 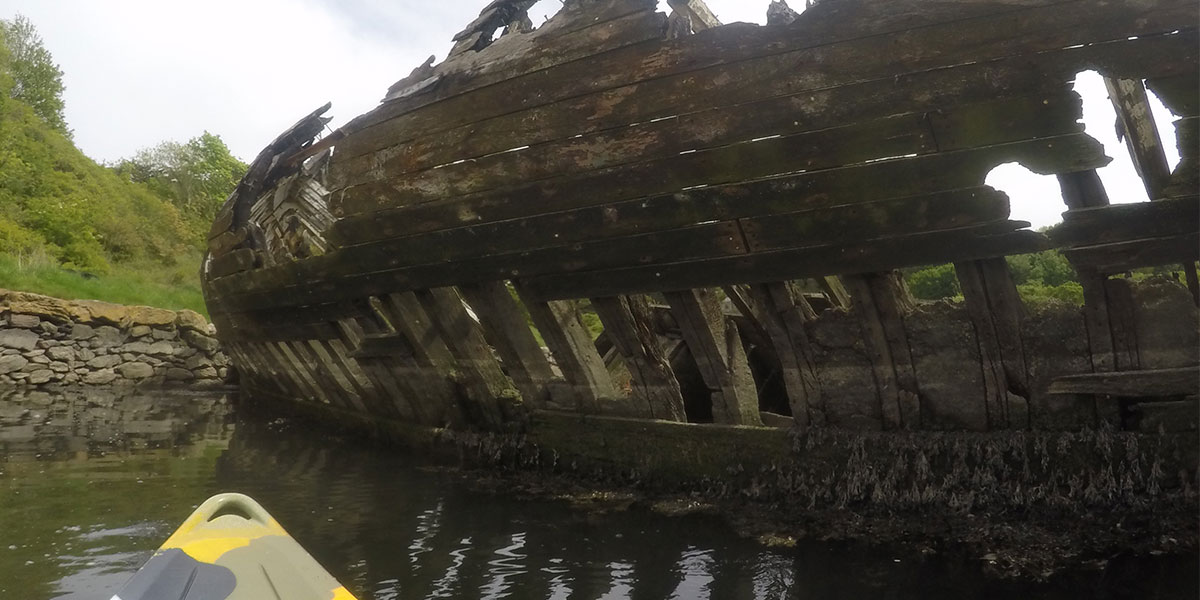 Time to set off. Ryan told us where we were heading, which had me puzzled – Hooe Lake. I’ve lived in Plymouth for years but had never knowingly been there, so this would be a close-to-home discovery. And even if you do know the area, seeing things from a canoe, kayak or Stand Up Paddleboard (SUP), always provides new views. That house looks different from the water, a familiar cityscape shifts, yachts look classier close up.

Soon we were in Hooe Lake, exploring the hulks of wooden boats, chatting about the area’s history, making mental notes to look things up. “You get to see things, literally, from a new perspective,” says Jacquie.

I’d also worked out that I’d driven past this water feature countless times, never really realising just what lay a few dozen yards beyond the road. I’ll be back - on foot or by boat.

“You’re engaging with your surroundings in a very direct way. It’s the glory of being outside"

Before we’d started it wasn’t clear how our newbie kayaker would take to it - would it be challenging, difficult, tiring? It soon transpired that this was all fairly easy - there was little wind or swell and it was a sheltered stretch of water. Regular tips from Ryan and Joe helped hone our technique.

Perhaps the trickiest physical thing was keeping sitting in the same position, but you could rest your elbows on the boat and lean back every now and then as you looked around. “It was exercise,” says Jacquie. “But it wasn’t all grim seriousness; it was physical work but it didn’t make you feel stressed or breathless.” 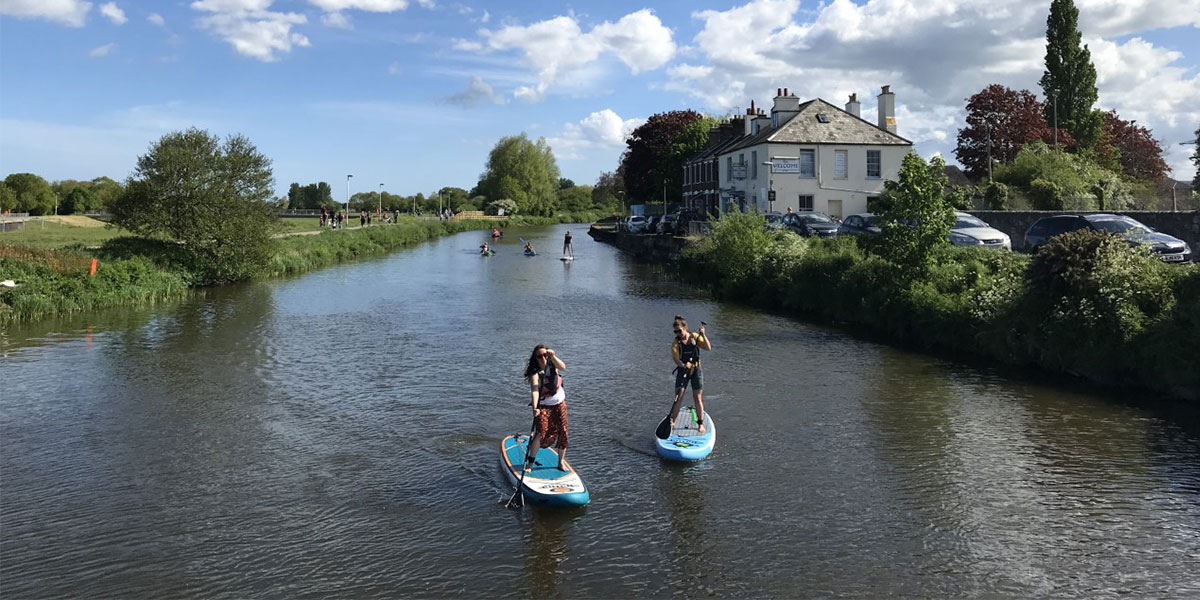 I love meeting outdoors instructors – they almost invariably have an effective, confident, calm way of communicating. They’re so used to giving instruction that they’ve worked out ways to make them supremely clear. And so it proved with Ryan and Joe.

In Hooe Lake we noticed a swan quite a way off that was fluffing up its feathers and beginning to drift towards us. “Let’s just go around this way,” said Ryan quietly, guiding us off in another direction, before explaining that probably there was a nest and the bird didn’t really want us there.

Our instructors had an apparently relaxed approach that belied the fact that they were completely alert; tips were gently given, they made suggestions rather than gave instructions. You often learn from people like this, and not just about the activity itself. 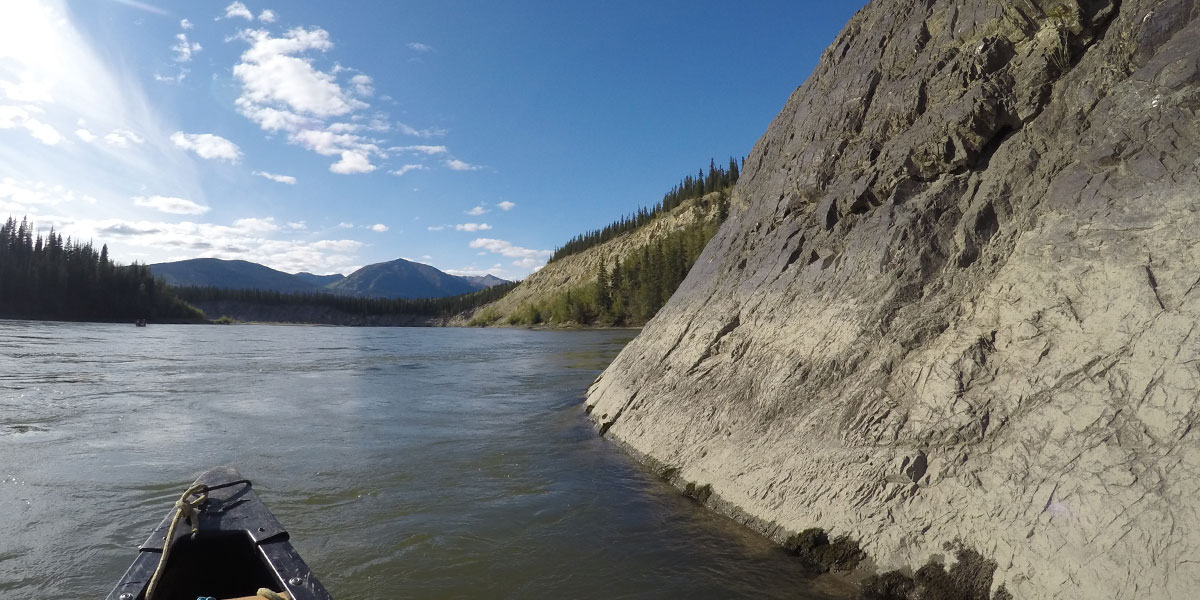 Paddling in the Canadian Yukon

So what did 64 year-old kayaking newbie Jacquie make of it all? “It’s incredibly satisfying to do different thing outdoors,” she says. “The whole GetOutside message has prompted me to go and try new things.”

I was very lucky last summer to spend two weeks canoeing and wild camping in the Canadian Yukon (picture above). It was a trip I and some other British Exploring leaders tacked onto the end of one of the charity’s five-week expeditions. These were magical days paddling swift-flowing rivers down occasional, minor, rapids. At night we camped beside moose prints next to huge driftwood campfires and watched the northern lights. 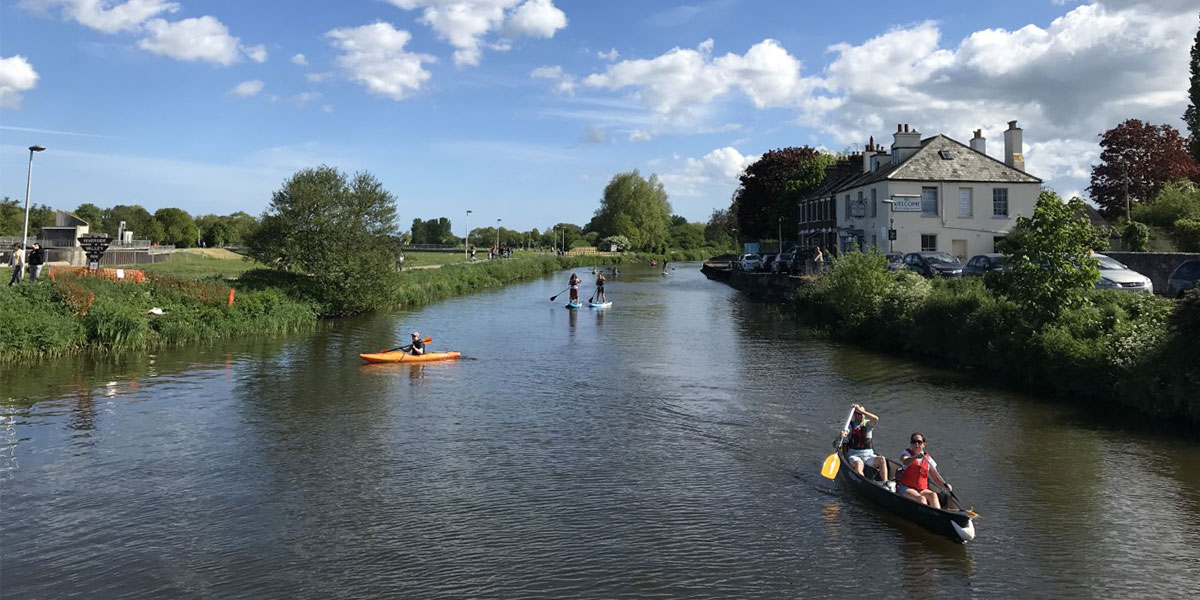 While a three hour Plymouth paddle was in many ways very different to those Yukon weeks, in some ways it was surprisingly similar – silent, human-powered transport, the rhythm of paddles, the gurgle of water, that sense of being connected to your surroundings in a very direct way. And there’s a continuation – journeys at home can help lead to bigger journeys abroad. Doing an activity breads confidence. And confidence can lead almost anywhere.

At the end of the three hour kayaking session there’s a gleam in Jacquie’s eye. “I am,” she says, “very interested in Stand Up Paddleboarding”

Find out more about Bel here.