Five activities to try on an Autumn Day

Even though the nights are drawing in, temperatures are dropping and the prospect of long days at the beach have to be packed away until next year, autumn is still a favourite season for many Brits. There are many indoor and outdoor activities that can be enjoyed during the cooler months.

For all the bracing majesty of autumn, though, it can often feel as though there isn't much to do that hasn't already been done. Summer holidays and day trips with the family can sometimes leave the feeling that anything worth doing within a reasonable distance has already been covered.

This needn't be the case, however, as there are numerous activities that are at their best when done in autumn. Here are five such examples that are indeed more autumnal than casseroles, halloween and mittens.

Finding golden, amber or scarlet leaves on forest floors should be part of every person's childhood. There's more to this activity than just going around and kicking the leaf piles to hear the unmistakeable rustling sound, though. 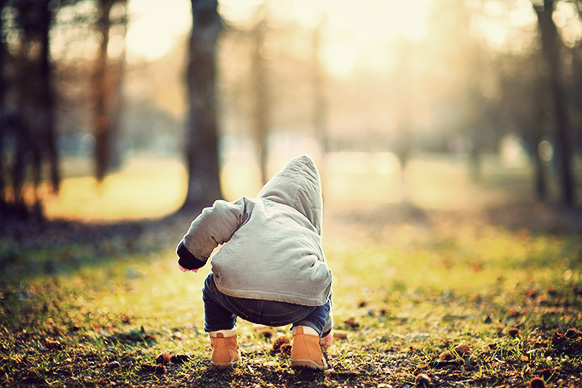 Identifying the leaves can not only provide a great source of entertainment but teach people of all ages exactly what trees are nearby. Parents with a little understanding of their local dendrology could even create a bingo card-style list of the local trees and challenge their children to find a leaf from each.

The fun needn't stop there, of course. Gathering some of the best leaves to take home could kick start a flurry of creative projects. Whether it's creating authentic looking trees with real leaves or making a golden crown, there's plenty more that can be done with leaves than just identifying them.

If identifying leaves is deemed a little too 'hands-off', autumn is also a great time to pick conkers. The horse chestnut tree will typically start dropping its conkers (in their prickly shells) at the end of summer or beginning of autumn - depending on recent weather conditions. Picking conkers will not just provide a single day's activity but could potentially start a hobby that lasts long into winter - or even beyond.

As with leaf hunting, the harvest (and even the playing) isn't all there is to consider. There are indeed a number of tricks that can be used to harden conkers, which include immersing them in vinegar (for no more than a couple of minutes) and baking them at 250 degrees for a minute and a half. Some more unscrupulous players even coat their conkers in transparent nail varnish to protect them against impact.

All these tricks are no match, however, for pure and simple time. Conkers which have been left for some years are often much harder than their newly-picked counterparts, so think of this autumn's trip to collect them as something of a long-term investment. 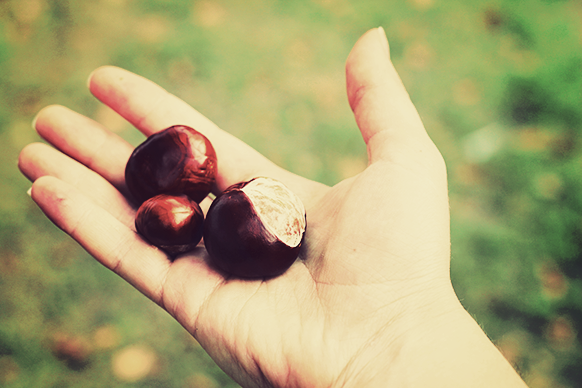 Make a start on the winter garden

Spring isn't the only time to get out into the allotment or garden for a spot of planting. In fact there's a vast array of hardy vegetables that can be planted in autumn to be ready for next year. Onions and shallots, for example, can grow in conditions that would be the undoing of many other plants, so are a strong and popular choice for winter growing. Not only that, as these have a long growing season, it's worth getting the cold of winter out of the way before they can be harvested in summer. For something a little quicker, try spring onions, as these could be ready - as the name suggests - by spring.

Garlic, as with onions, also takes a little while to be completely ready, but rewards richly for the time invested. Autumn garlic should be ready by summer and, with plenty of varieties to choose from, there's a great deal of choice as well.

Peas, broad beans, asparagus and spinach can also be sown in autumn with great results. 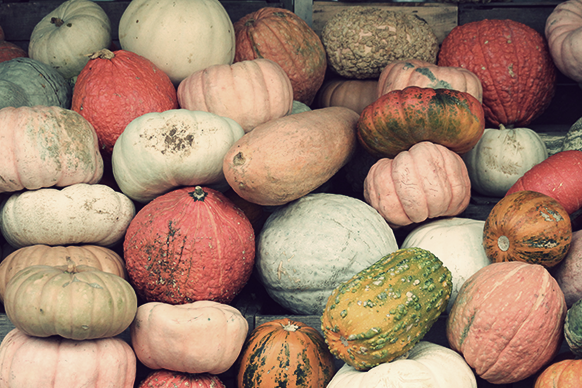 Fruits and vegetables that are in season over the autumn months are synonymous with hearty, warming food. Alongside the likes of leeks and potatoes (which can be harvested in winter and summer respectively), marrows, pumpkins and squashes are all coming right into season.

With that in mind, a leek and potato soup, butternut squash risotto or Indian-style stuffed marrow will not only scream "autumn", but use the best on-season ingredients as well.

Further, seeing as the coming of winter is as good a time as any to spoil yourself, there's no better time to bake a blackberry crumble or make some damson jam. For something a little stronger or more adult, sloes can be harvested and added to gin for a real treat. Be patient, though. Sloe gin will need about two months before it's ready - so it may not be until Christmas when you can finally have a taste.

​Take in the animal activities

Whilst Britain's wild animals are visible all year round, there are a couple of displays that are best viewed in autumn. Deer, for example, enter their rutting season in October, so there is a good chance stags will start clashing over does. As stags are at their most active early in the morning or just before the sun sets, this is when they're most likely to start the rituals.

Listen out for bellows or whistles, as the alpha male starts to make his presence heard. Challengers might then try their luck, which could culminate in a fight between the two in which their antlers are used as potentially deadly weapons. These fights can often reach their most ferocious toward the end of October, when young challengers try their luck against tired alpha males who will have had any number of fights already.

For a less combative pursuit, autumn is a prime opportunity to see flocks of birds in flight. Not only are the likes of crows, rooks and jackdaws looking for woodland roosts, migratory geese also take to the skies - heading down to the UK from their Arctic breeding grounds. Many of the best viewing spots are near the coast.

So, even if the nights are drawing in and temperatures start to plummet, there's no need to think autumn Sundays should be a sedate affair in front of the TV. In fact, there's plenty of activities waiting just around the corner that simply can't be done at any other time of year. 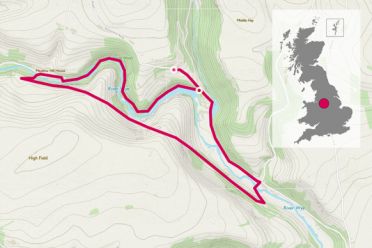