Exploring your own back yard with OS Maps

Join #GetOutside champion Nick Lindsay as he shares with you ways to use OS Maps to #GetOutside in your area.

As a keen triathlete and trail runner, I look forward to the weekends, where I can get outside go further afield. One weekend, it occurred to me how useful OS Maps had been as a tool to get some inspiration, so I thought I'd share with you one of my typical weekend's training efforts to highlight how the app really does help you #GetOutside and discover more.

Saturdays usually kick off with a 06:30 pool swim – I know, it is a bit of an early start but it is also the only real option to get a good session at the weekend. By 08:00 we're off for a run. This particular weekend was a sunny one, but the wind had an edge to it, so we decided to run some laps of the Winchester Park Run route to warm up. After ditching some layers in the car, we decided to head north for an 'out and back' route. And that's when things took a different course. As we headed out of town we spotted a trail path by the River Itchen. Curious to see where this lead to we decided to go ‘off piste’ and explore. To begin with the route formed a lovely trail way following the River Itchen north; but all too quickly things came to an abrupt end with fast dual carriageway blocking further progress. With little other option we retraced our steps get back to the start with a good 10 mile run completed.

Once home we fired up OS Maps to investigate our newly discovered trail way and to work out options for further exploration, preferably ones that wouldn't hit main roads! There seemed to be a network of trail ways and paths linking Winchester to Farnham, perfect trail running territory. So the next day, Sunday morning, after another 70 minute swim session and armed with a printout from OS Maps, we set off to see how far we could progress. 105 minutes later we were back, elated at all that we'd discovered. A series of trail paths including St.Swithun's Way, linking to the Itchen Way and TC Way, took us through quiet woodland, across fields (passing fords and weirs) and along the River Itchen. We came back through the picturesque village of Easton – tranquil English countryside that allowed your mind to escape whilst your body worked up an appetite. Training done by 11 and it was back home for a well-deserved lunch while we retracing our efforts from Sunday on OS Maps. So, in my case, I have to thank OS Maps for encouraging us to #GetOutside and discover a world of beauty in our own back yard. We are already looking and planning to go further and see what else we can discover in Britain.

Why don't you see what's close to you using OS Maps? 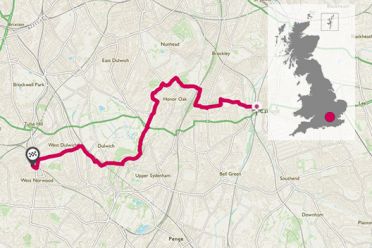 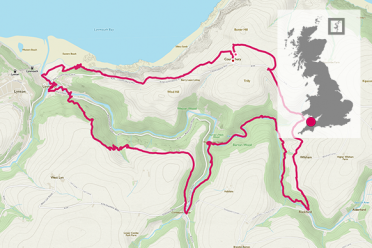