If you’ve spent more time than usual discussing what the weather is going to be like recently or staring at the clouds pensively, it might be time to find out how many of those old ‘weather lore’ sayings have a basis in fact.

We asked our friends at the Met Office to separate fact from fiction!

Before weather forecasting systems were established, forecasting relied on human observations and experience. Animals, birds and plants, together with clouds and wind direction, were all used as signifiers of certain weather. So, which of the well-known weather lore sayings can you actually rely on?

Many animals have been associated with signs of rain including dogs, cats, amphibians and reptiles. Perhaps the best known is cows, but is it true that... 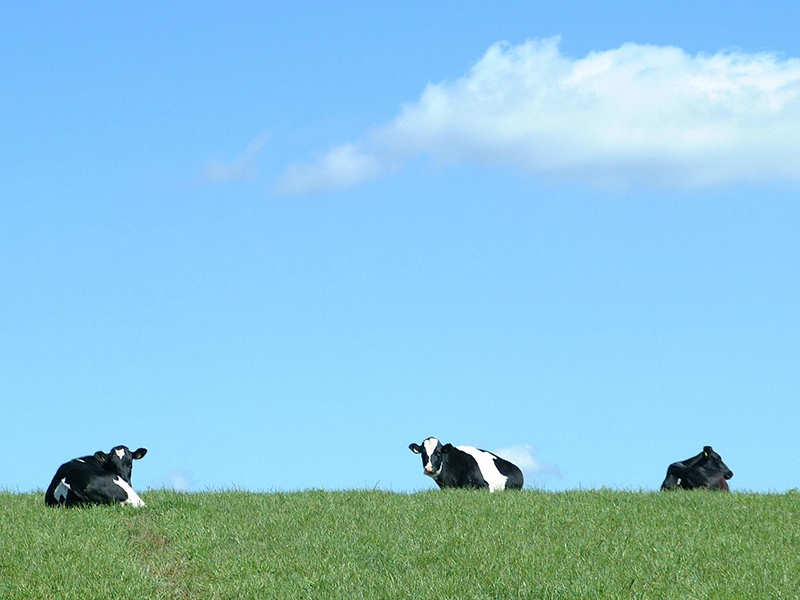 Cows lie down when it’s about to rain?

There have been suggestions to back this idea. From cows being sensitive to changes in atmospheric pressure, to being able to sense the moisture in the air and lying down to save themselves a dry patch of grass. It turns out, however, that they probably just fancy a rest.

Despite animal behaviour often being used to signify certain weather, it’s disappointing to say that, although cows may lie down for many reasons, there is no scientific evidence that rain is one of them.

Unlike some other examples, weather lore based on clouds was often founded on close observations and is therefore reasonably accurate. The weather proverb… Mackerel sky and mare's tails make tall ships carry low sails… has a nautical background and was used to identify when sails might need to be lowered ahead of a storm.

'Mackerel sky', refers to a form of cirro-cumulus clouds where the cloud formation resembles the scales of a mackerel. ‘Mare's tails' refer to cirrus clouds. Both types of cloud are associated with changing weather and an early indication of an approaching frontal system. 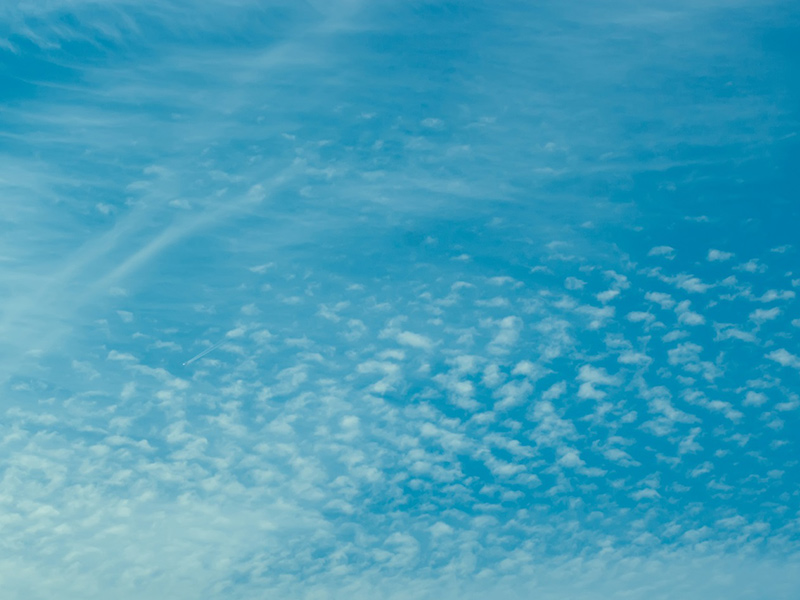 This well-known weather saying is very old and was often used at sunrise and sunset to help shepherds prepare for the next day's weather. Sometimes the phrase involves a sailor instead of shepherd - both occupations having a more than usual interest in weather signifiers for obvious reasons. Likely to have been passed through word of mouth, a written version of this weather lore appears as early as 1395 in the Wyclif Bible (Matthew XVI). In 1669, weather observations including this adage were recorded by the Shepherd of Banbury and were so accurate that many were included in the Meteorological Glossary in the early 20th century.

So, what is the scientific understanding behind this weather lore - why does a red sky appear at sunrise and sunset? 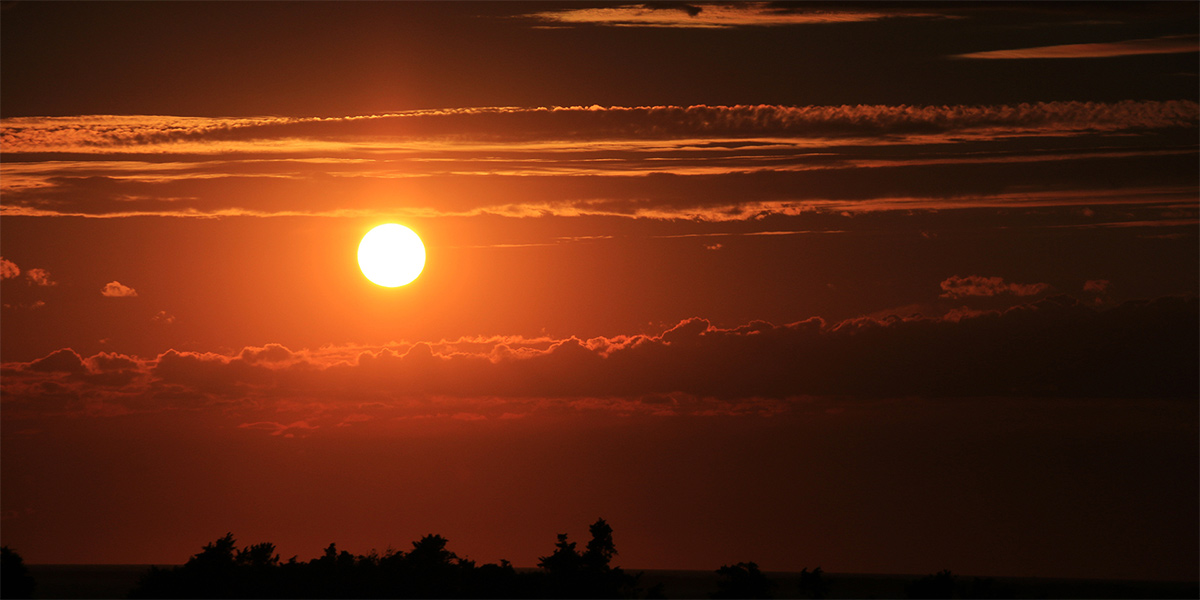 A red sky appears when dust and small particles are trapped in the atmosphere by high pressure. This scatters the blue light leaving only the red light and giving the sky its notable appearance. The saying is most reliable when weather systems predominantly come from the west as they do in the UK.

Red sky at night means fair weather is generally headed towards you. A red sky at sunset indicates high pressure is moving in from the west, therefore the next day will usually be dry and pleasant.

A red sky in the morning appears because the high-pressure weather system has already moved east meaning the good weather has passed, most likely making way for a wet and windy low-pressure system.

A lot of weather lore associated with wind was inaccurate and some of it even brilliantly fanciful. For example, wind was once thought to get into caverns underground and become trapped, causing earthquakes.

Some weather lore sayings demonstrate a lack of understanding of meteorological processes. In the first case, for example, a western wind could be associated with both wet and dry weather.

The second wind-related proverb carries some truth if you consider the different air masses that affect weather in the UK. The air mass coming in from a north-easterly direction is known as the 'polar continental'. It has its origins over the snow fields of Eastern Europe and Russia and is considered a winter phenomenon (November to April). This air is very cold and dry and characterised by clear skies and severe frosts. The lowest temperatures across the British Isles usually occur in this air mass, lower than -10 °C at night, and sometimes remaining below freezing all day.

It’s too cold to snow?

The main basis for this bit of weather lore is that the cooler the air is, the less moisture it can hold. However, even the coldest air is still able to hold some moisture, so while it may be unlikely to snow, it is still possible.

You may sometimes be able to get away with stating wisely… Rain before seven, fine by eleven… but this bit of weather lore is not always reliable. It has its basis in the fact that weather systems tend to be variable and move through the UK reasonably quickly, with the prevalent westerly airflow off the Atlantic. Sometimes this means that a low-pressure front may have moved straight through in a morning, but this is not always the case and, especially if there is a lack of wind, rain can (and often does) stay around for longer than a morning. 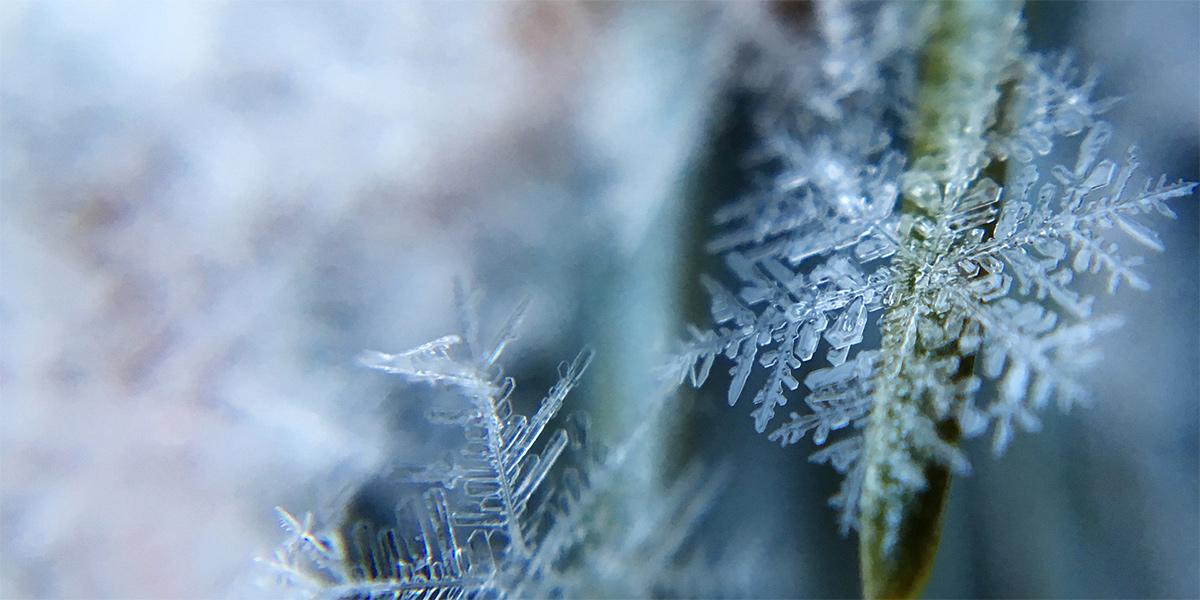 Science supports the saying …Pinecones open when good weather is on the way… The opening and closing of pinecones is dictated by humidity. In dry weather, pinecones open out as the drying scales shrivel and stand out stiffly. In damp conditions the increased moisture allows more flexibility and the cone returns to its normal closed shape.

When halo rings Moon or Sun, rain's approaching on the run… may not be as well-known as some of the other weather sayings, but it references an interesting atmospheric phenomenon that was used before the development of meteorology as a form of weather forecasting.

Rings appearing around the Moon or Sun, sometimes referred to as haloes, are caused by ice crystals forming in high clouds. These ice crystals then refract the light from the Moon or Sun creating the halo. As the ice crystals travel lower, precipitation becomes more likely. It is true that the high cirrus cloud which contains the ice crystals required for haloes to form often signifies an approaching frontal system, however, in many cases the front will be inactive or simply change course - producing no rain.

A ring appearing around the Moon or Sun may also be the result of a 'corona'. It is common for most optical phenomena to arise through a combination of reflection, refraction and diffraction, but coronas form from diffraction alone. As the light travels through the cloud, it is deflected around the water droplets. This causes a corona which appears as a circle around the light source.

If you’re interested in finding out more fun facts about weather lore and early weather science; or how meteorological observations developed and how, for hundreds of years people around the globe have been and are involved in citizen science projects, you can access the Met Office and Royal Society online summer science exhibition: Stormy Weather: from lore to science. Also online are exhibits about the development of the Met Office and numerical weather predictions using supercomputers.