An introduction to the 100 Peaks Challenge

23 May 2017 marks the start of the 100 Peaks Challenge – a challenge that is being undertaken by a team, led by GetOutside Champion Karl Rushen, who will embark on a life defining journey. The Goal is Simple, the Task: Monumental and the Reason: Inspirational...

What is the 100 Peaks Challenge?

The 100 Peaks Challenge was created as a tribute to Lloyd (Lloydy) Newell and aims to fundraise to support the work done by ABF:The Soldiers Charity and Support Our Paras. Sadly, Lloyd was killed in action in June 2011, while serving with 22 SAS. He spent the vast majority of his career in Colchester with 216 Royal Signals, before joining the Parachute Regiment after passing Pathfinder selection.

The final leg in Wales will begin in Snowdonia and culminate with cycling from Capel Curig to the Brecon Beacons finishing with the 'Fan Dance' at the Summit of Pen Y Fan.. The Challenge takes place starting from Inverness in Scotland on 23.05.17 (the day Lloydy deployed on his last tour) and finishes on Pen Y Fan on 16.06.17 (the day he was killed). 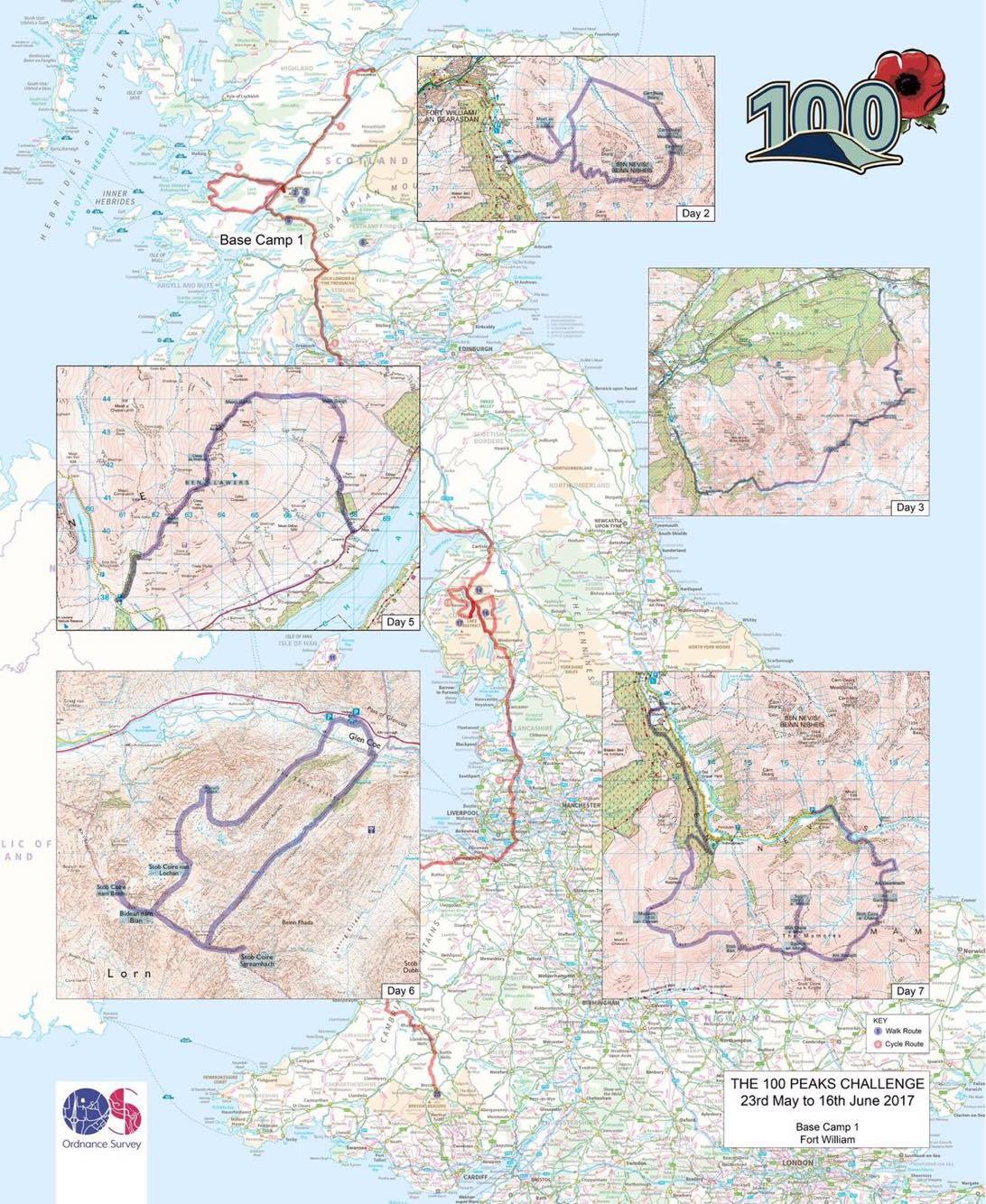 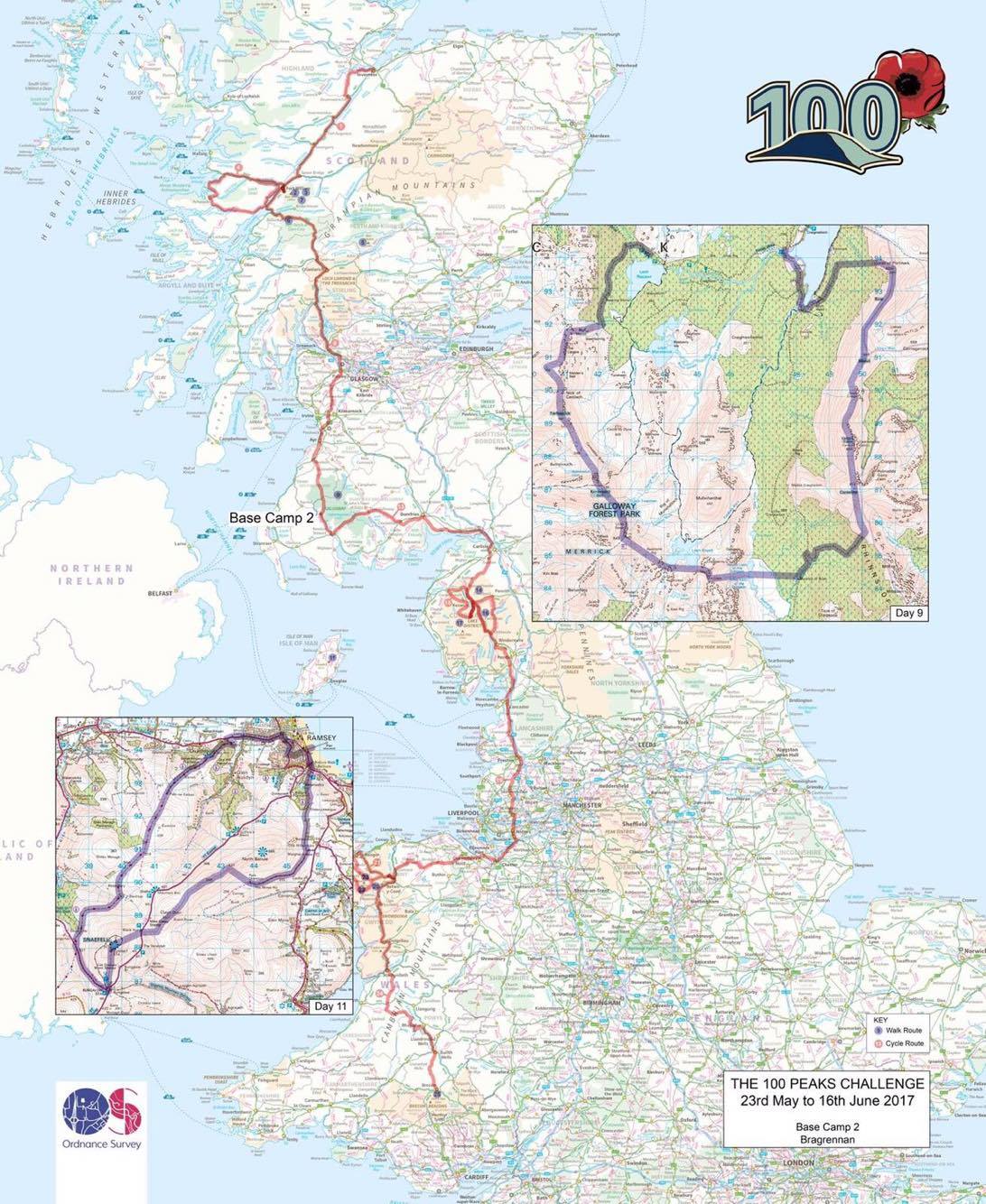 The Challenge will begin with cycling from the Moray Firth at Inverness down Loch Ness to Base Camp 1. The first run route will be to summit the UK's biggest mountain Ben Nevis and will continue through Fort William. The remaining 'TAB' routes will be just as iconic as the group make their way through Loch Lomond & Trossachs National Park, before completing the Scotland Leg in Dumfries and Galloway.

From Base Camp 2 in Dumfries and Galloway, the team will be transported to the Isle of Whithorn where they will enter the water to kayak on the first available/favourable tide (weather conditions permitting) to Ramsey on the Isle of Man.

From Ramsey, the team will TAB to summit Snaefell, then TAB back to Ramsey before kayaking back across the Irish Sea to the Isle of Whithorn. 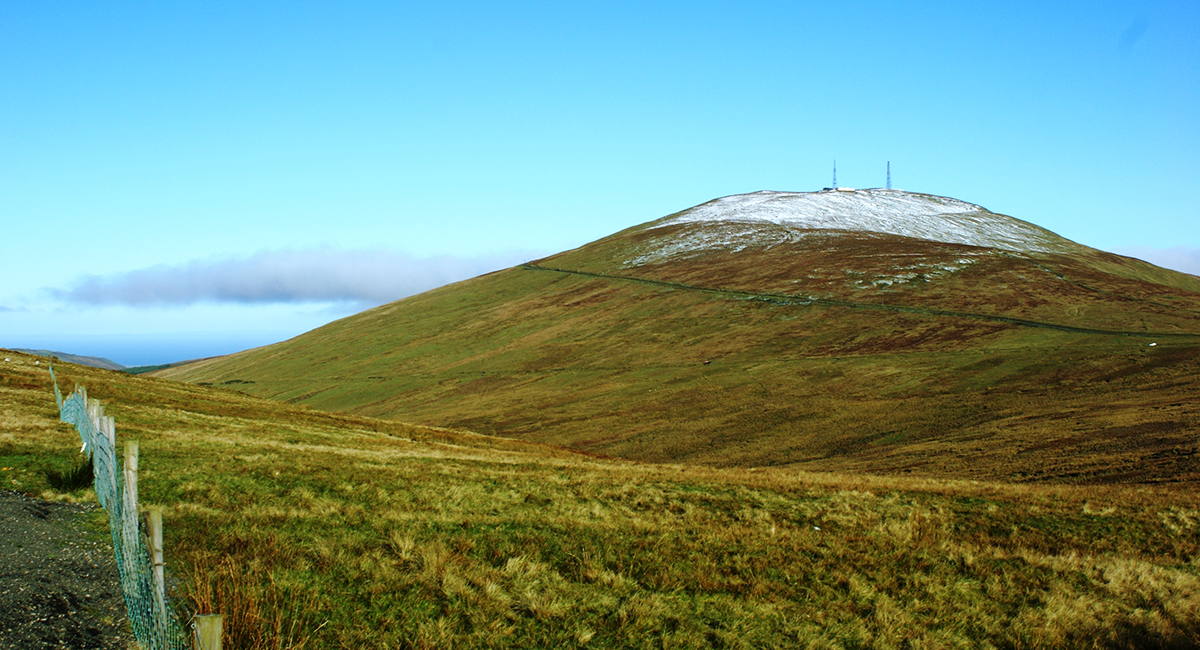 The England Leg will begin officially on 4th June with a 123 mile cycle to Base Camp 3 at Keswick.

From Keswick, the team will then undertake 3 legs of the 'Bob Graham Round', starting with the Skiddaw Leg before completing the 3rd Leg at Scafell Pike – a total of 30 peaks in 3 days. On Day 15 the team will take on the 'Tour of the Lakes' affectionately known to 'Cycling' magazine as 'High & Blightly', and there's a reason for that, at 88 miles it takes in nearly 10,000ft of elevation gain!

The Final TAB on Day 17 has been labelled 'The Monster' at nearly 31 miles and hitting over 12,000ft of elevation gain. We can understand why Day 18 will be a rest day! 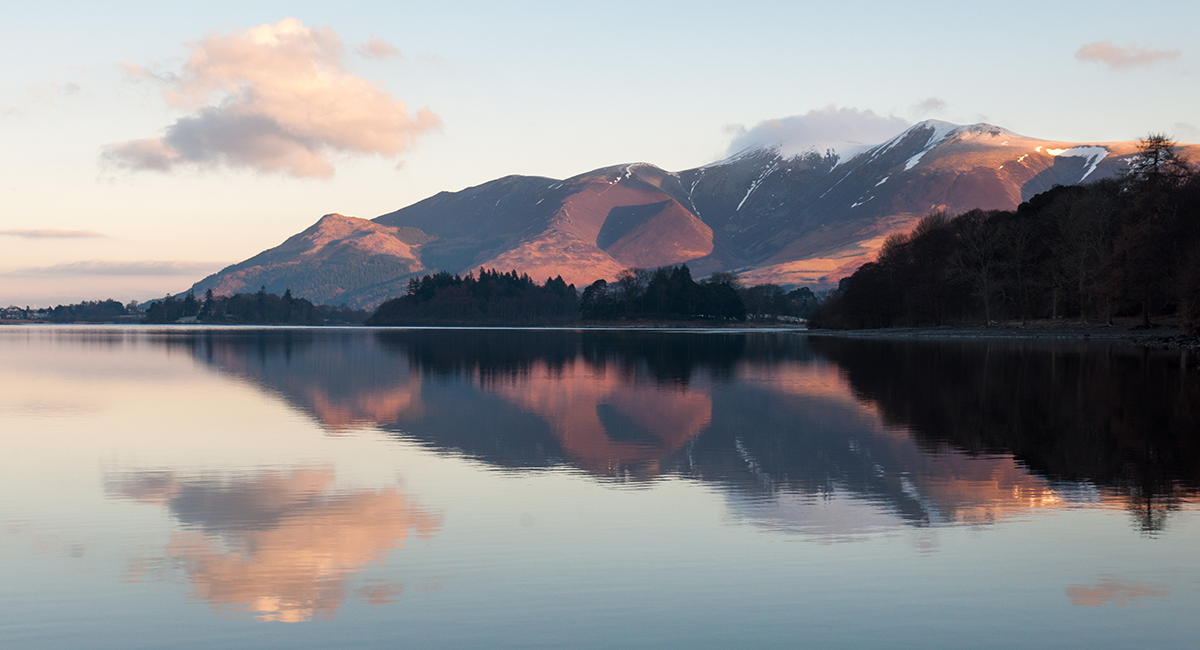 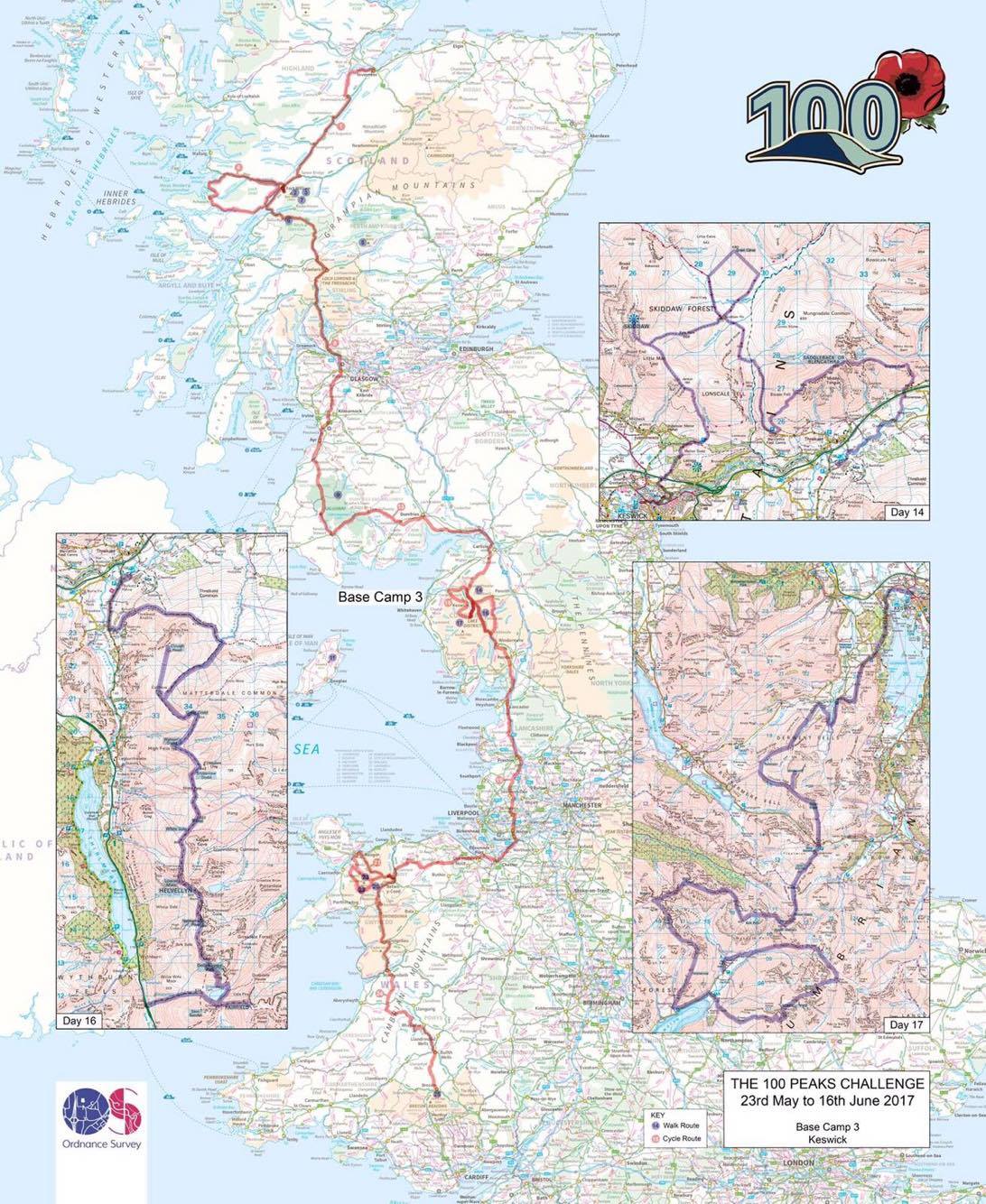 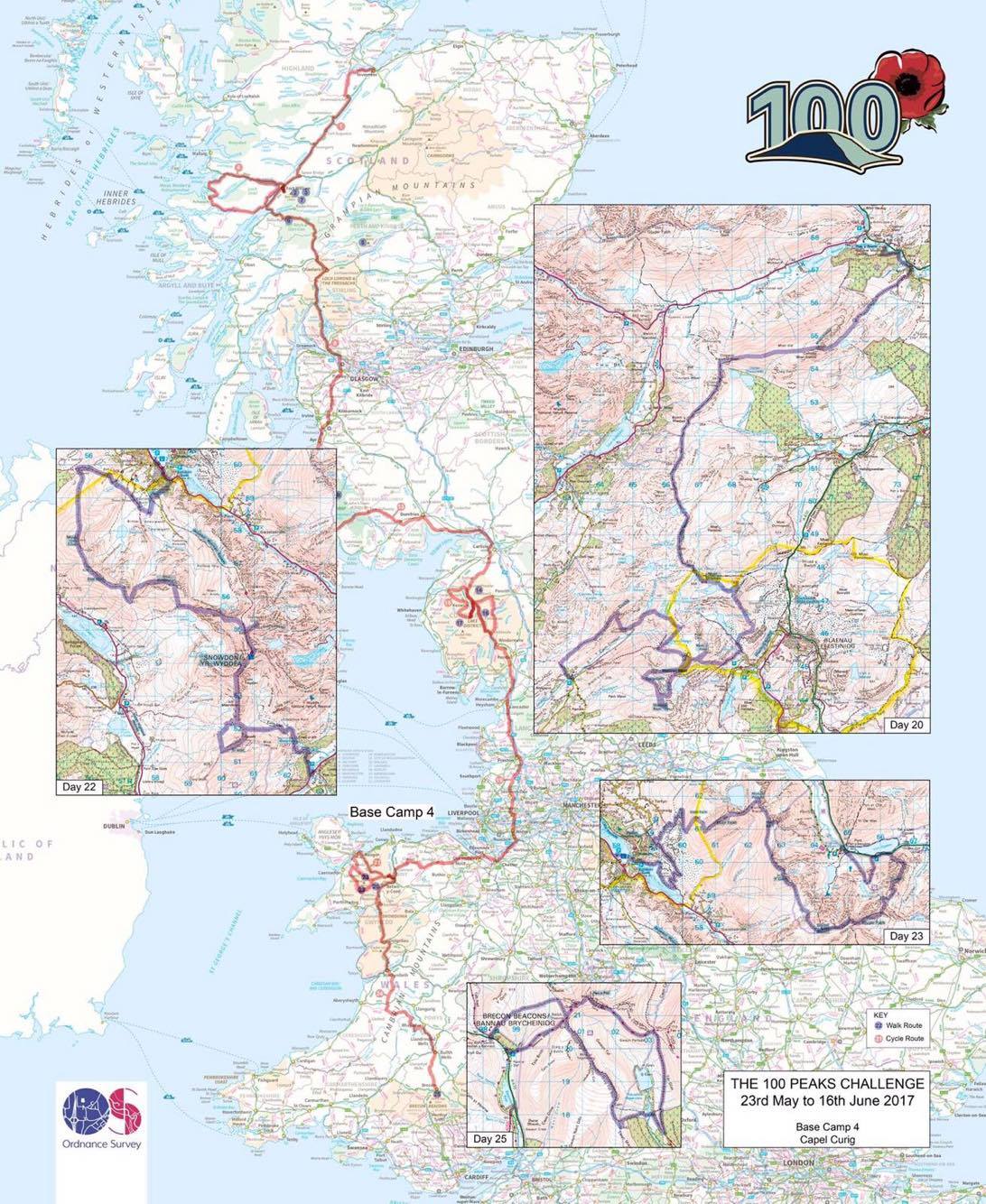 The Wales Leg begins with the longest ride of the Challenge, perfect after the longest run 2 days before! A massive 186 miles and potentially mammoth day in the saddle to reach Base Camp 4 at Capel Curig. Much like the Lakes, the team will aim to complete 3 Legs of the 'Paddy Buckley Round' taking in 25 peaks over the course of 3 days. On Day 21 they will ride a 'Tour of Snowdonia' at 79 miles and 10,000ft of elevation gain.

On Day 24, the team will then cycle through the Elan Valley south to Brecon a distance of around 126 miles – completing the Challenge at the summit of Pen y Fan via the Fan Dance High Moon Route (in reverse), at midday on 16th June, bagging a total of 26 peaks in 4 days, and reaching the 100 Peaks target. 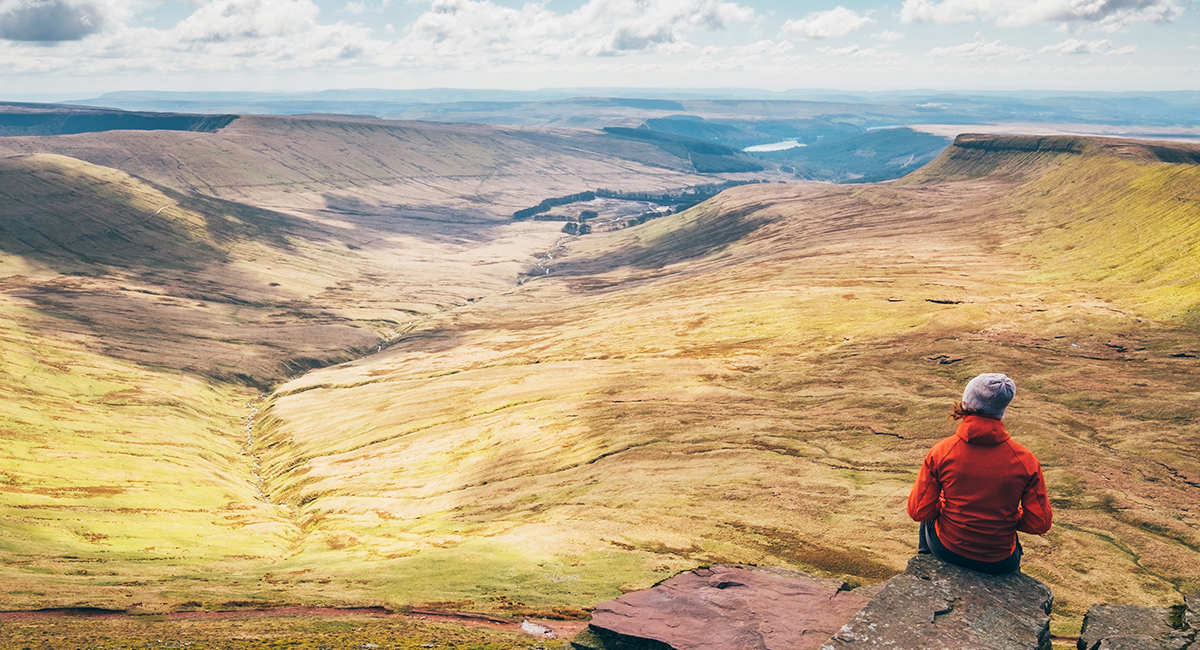 The Challenge is a genuine attempt at something quite epic. It encompasses three disciplines that are demanding enough on their own, but are then thrown together in an extreme triathlon. This, with the logistics of attempting to summit 100 Peaks in 4 countries in 25 days, means it's a first.

It's quite possibly the most demanding endurance Challenge ever staged in the UK (given the logistics and the timescale).

The Challenges simple goal is to create a legacy in Lloydys name and raise a minimum of £100,000.00 for the two charities, ABF The Soldiers Charity and Support Our Paras.

Karl Rushen is the humble mastermind behind the 100 Peaks Challenge – a multi-activity challenge that takes place over all four countries in the United Kingdom.

The event was created as a tribute to Karl’s brother, who was killed in action in Afghanistan. So far, the event has had over 100 participants taking part to raise money for various charities.

In 2016, Karl increased his fundraising activities with a jump day with the Red Devils and a takeover of the Milton Keynes marathon!

You can find out about The 100 Peaks Challenge at http://www.100peaks.co.uk