5 reasons to GetOutside in the New Forest

The New Forest, with its mix of beaches, woodland and rivers, has something for everyone. But if you're not convinced, GetOutside Champion Kate is here with her 5 top reasons to visit the area.

I'm fortunate to have The New Forest a 20 minute drive from where I live, and I think it's possibly one of the most beautiful areas in the country to GetOutside.

If you're looking for steep inclines and scrambling then you won't find it here, but if you want to walk in stunning scenery, full of history, with a beautiful coastline and some unique sights along the way, then you won't be disappointed...

Here are 5 reasons I think everyone should visit this wonderful area of Hampshire this year!

1. The locals are very friendly...

But beware, they can bite, so try not to touch and definitely don’t feed them. 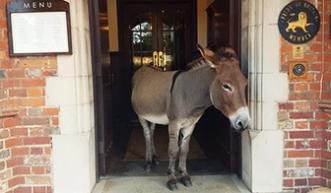 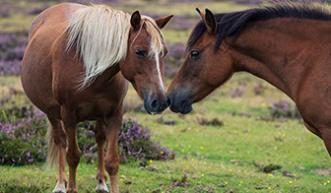 They are known to have a habit of walking right in front of you, or sleeping in the road as well, so drive carefully.

Aside from that? They're used to modelling and will be more than happy to pose for a photo.

Seriously, I think these could rival some of those I've seen abroad.

The New Forest is beautiful, come rain or shine, but I'd be lying if I said I wasn't a sucker for a good sunset. A couple of my favourite places to watch the sunset in the New Forest are Lepe Beach, with beautiful views across the Solent and Hatchet Pond, near Beaulieu. 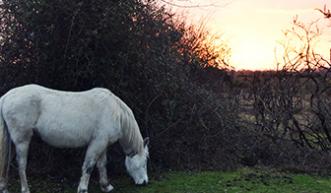 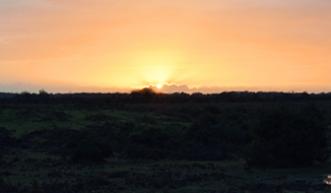 3. The beaches aren't bad either.

Lepe Beach is my favourite in the New Forest, not only is it beautiful, but it's also steeped in history. Thousands of troops along with their equipment and supplies left Lepe Beach as part of Operation Overlord, sailing to Normandy for the D-Day Landings. Today, you can still see where the 'Mulberry Harbours' were constructed and launched. As well as this, you have views all across the Solent to Portsmouth and the Isle of Wight. It’s a great place to walk, to sit and watch the world go by and during Cowes Week, later in the year, a great location to watch the fireworks from! 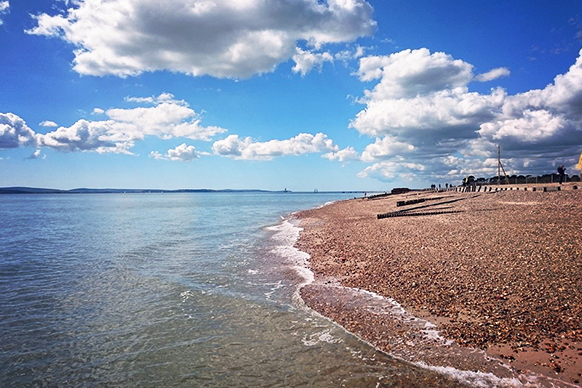 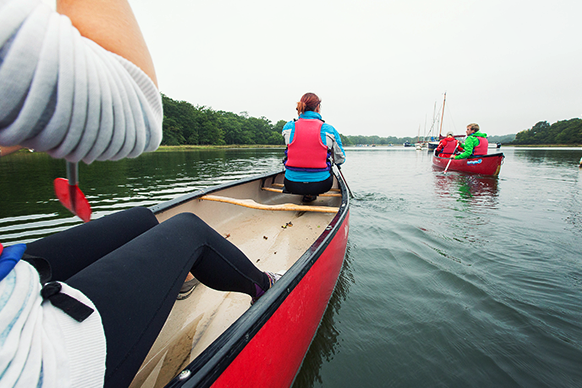 Try watersports in the New Forest

If watersports are more your thing, then definitely visit Calshot, just around the headland from Lepe. Not only can you see all the way up Southampton Water, but there is a huge activity centre there, where you can sail, canoe, windsurf or even ski and rock climb. 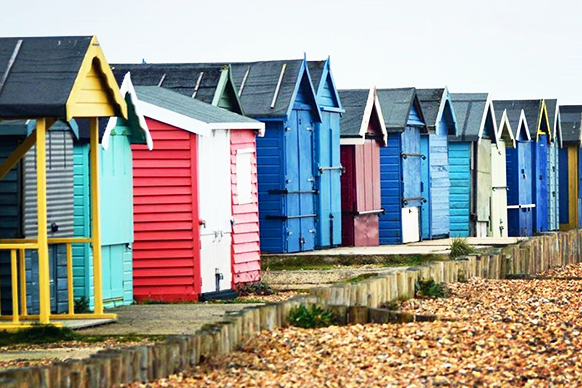 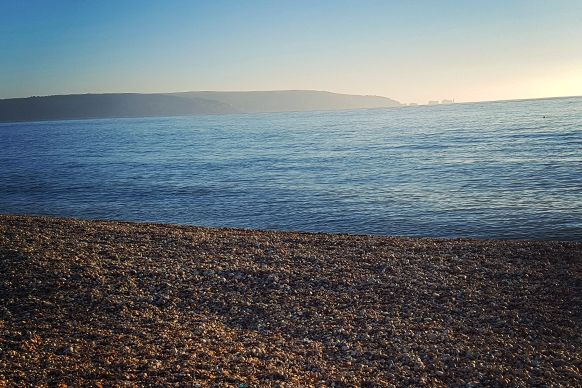 If you’re not feeling that active, then you can walk along the beach, past rows of colourful beach huts and watch the ships go by, or head over to Milford on Sea, for stunning views across to The Needles on the Isle of Wight.

Starting as far back as 1079, when William the Conqueror created the ‘New’ Forest as a hunting ground, it has a long past, with a colourful history. In the Tudor period, with Henry VIII's dissolution of the monasteries Beaulieu Abbey was demolished. A lot of the stone and even the lead from the abbey roof was removed and they built Calshot and Hurst Castle from this.

Buckler's Hard was one of the most famous shipbuilding villages in the country, situated on the Beaulieu River, in a very sheltered location. A number of Royal Navy ships were built here, including Horatio Nelson's favourite ship, HMS Agamemnon. Today, it's a museum and a beautiful location to sit and watch the yachts sailing down the river. There's a lovely boat trip, or if you're feeling adventurous, a cycle and walking trail to Beaulieu along the river. The walk to Beaulieu and back is around 5 miles, there are a number of ways to extend this if you want to. 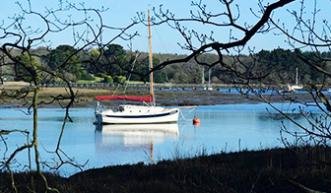 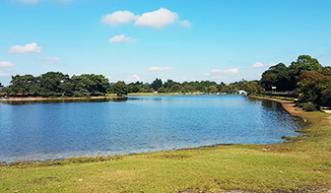 In the war, as I mentioned above, Lepe was heavily involved with Operation Overlord, but as well as this the New Forest was full of military camps and bases. Calshot was a naval air station, RAF Needs Oar Point was not far from Buckler's Hard and some of the large houses on the Beaulieu River were used as makeshift bases for organisations such as the Hydrographic Office and homes for some of the Commando units. 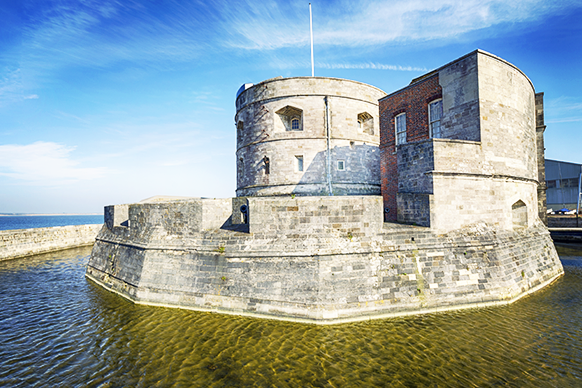 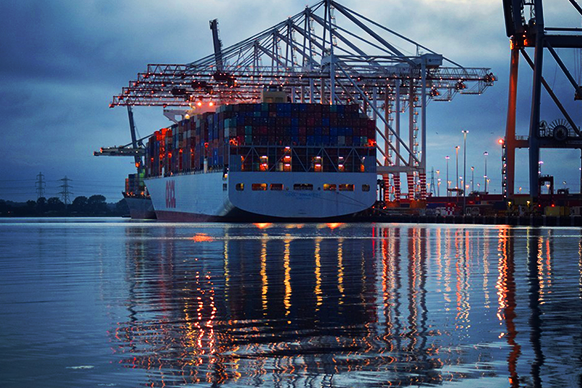 Southampton Water is one of the largest natural harbours in the world, and because of this it's been used as a strategic settlement location from the prehistoric ages to the present day, it's now home to some of the largest cruise ships in the world and an important cargo port. You can get a brilliant view of this working port from Marchwood, on the edge of the New Forest.

5. There's something for everyone...

Enjoy walking, cycling, horse riding? The New Forest has it all. Even an open top bus ride.

With 146 miles of paths for walking, over 100 miles of cycle routes, 35 miles of bridleways and 103 sq miles of publicly accessible land, you'll be hard pushed not to find somewhere to GetOutside!

The New Forest website has a whole page dedicated to routes in the forest, or why not check out OS Maps, where people have managed to input their favourite walks. A quick search brings up a lot of both walking and cycling routes, so you really are spoilt for choice! 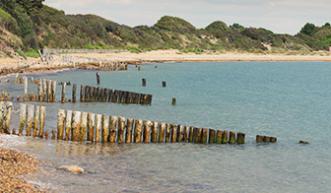 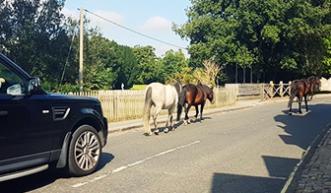 And if you needed any more reasons to GetOutside in the New Forest?

Traffic can be a real nightmare...

How do I get to the New Forest?

The New Forest covers a large area of Hampshire, so it really depends which area you want to visit, but you could drive, fly to Southampton, take the train or even cycle if you're feeling energetic. The road links are great and there are a number of train stations within the forest. Beaulieu Road, Ashurst and Brockenhurst to name a few! There are so many options available to you.

In terms of accommodation, there are hundreds of B&B's, Campsites and hotels in and around the New Forest.

For food and drink? There are shops, cafes, restaurants and some fantastic pubs.

Kate Jamieson loves exploring – whether it's new places or her much loved local national park, the New Forest.

Follow all her adventures on her blog, The Adventures of Kate, which also includes kit guides and tasty recipes! 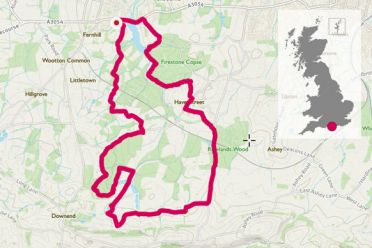