​An introduction to disability sport

Discover how easily disabled people are becoming competitively active in the sports world, thanks to high profile events like the Paralympics and Invictus Games.

It’s a disappointing reality that disabled people are statistically less likely to play sports than able-bodied people. Sport England research shows that only one in six regularly take part, compared to one in three non-disabled people. Thanks to high-profile events like the Paralympic and Invictus Games, however, would-be athletes across the UK are realising just how easy it is to remain competitively active.

The opportunities are great in number too; all manner of existing sports have been adapted, while some have even been created from scratch specifically for people with disabilities. Below are some of the most popular examples, along with a couple you might not have been aware of. 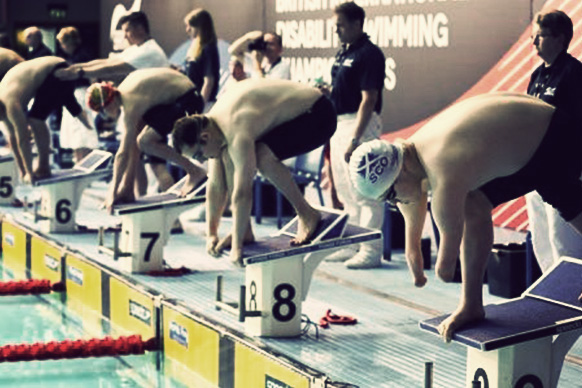 Swimming, according to Sport England, is the biggest sporting activity among disabled people. As such, it receives a lot of attention at the major events, where participants compete in a range of different race disciplines.

Regular swimming is a great way to improve balance and agility too – both of which can be applied to other activities. What’s more, water buoyancy can help to ease some of the physical strains associated with certain disabilities - like painful joints and tendons - to make day-to-day life easier.Its prominence in the disability sporting world is easy to understand, given its accessibility and the benefits it offers those who take part. For physically impaired people, for instance, it offers more mobility than land-based activities, as water supports the whole body.

More information on the opportunities available to disabled swimmers can be found at swimming.org.

As is the case at the Olympic Games, athletics tend to take centre stage whenever the Paralympic Games roll around. As such, it’s these sports that many people will already be most familiar with.

There’s a range of activities on offer here, each of which is designed to test the physical and mental capabilities of those who take part.

Guide running, for example, allows visually impaired athletes to compete in traditional running races. The guided runner completes the circuit – on either track or road – while linked up to a non-disabled guide. As star of the sport Selina Litt puts it, “it’s like a three-legged race, only your hands are linked instead.”

Similar activities are on offer for those with amputations, spinal cord injuries, and other physical impairments. Wheelchair racing has been around since the middle of the 1900s, and officially became a Paralympic sport in 1960. It involves athletes using specially designed wheelchairs to compete in track and road races, with some capable of travelling as fast as 30kph.

Those who aren’t so interested in traditional racing may want to take up a seated throwing sport, in which participants propel items like shots and javelins from a specially designed, stationary chair. The attempts are then measured and compared to determine a winner.

Looking for more information on disabled athletics and how to get involved? Head over to the England Athletics website.

The beautiful game has also been adapted, with some versions tailored for people with specific impairments. The two most prominent forms are 5-a-side for blind and partially sighted athletes, and 7-a-side for those with neurological conditions such as cerebral palsy.

Visually impaired football tends to be split into two categories: blind football (for totally or almost totally blind athletes) and partially sighted football (for athletes with some sight). While the rules will be familiar to most football fans, the games are played on a smaller pitch (usually indoors) with a size 4 ball. In blind football, the goalkeeper will be sighted, although there are bearings placed in the ball to aid outfield players. 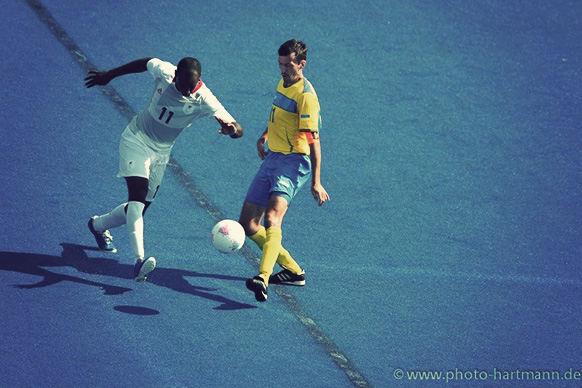 The 7-a-side game is also similar to that played by able-bodied athletes, although the pitch is smaller, there’s no offside rule and throw-ins can be taken with one hand.

Now for one not quite so many people have heard of: sitting volleyball. As the name suggests, this is essentially volleyball played in a seated position. Part of the Paralympics since 1980, it is now played in more than 48 countries across the world, with athletes taking to slightly smaller courts in teams of six.

Sitting volleyball is open to any athlete with an impairment, and while minimal qualification criteria exist, athletes aren’t actually categorised, so everyone plays together. With a much lower net separating the two sides, the game is considerably faster than its standing equivalent, meaning players require lightning reactions and a lot of power.

The rules are pretty simple; each team is allowed to touch the ball three times before returning it, and players must be touching the floor at all times. Athletes are allowed to head or kick the ball if necessary. The winning team is the first to reach three sets, each of which is a separate race to 25 points.

Learn more about sitting volleyball on the Volleyball England website.

A world of sport awaits

Above are just four of literally hundreds of sports for you to get involved in. The one you choose may be dictated by your disability or your natural strengths and weaknesses, but if you’re undecided, it’s worth trying a few.

For some more inspiration, head to the Parasport website where you’ll find a handy tool categorising activities based on impairment groups. It also helps you find your nearest clubs, so you know how to get started!