​An honest gear guide for cyclists

There's no need to own an expensive bike to enjoy cycling - see what you REALLY need to become a cyclist. We'll give you a clue; it isn't very much!

There were always bullies at school who would make fun of those with less expensive trainers, or a less fashionable bag; the sad thing, though, is that many of those people never quite grew up, and so still feel they have to put people down in their adult lives in order to feel better about themselves.

You know what? The truth is that being expensive or fashionable doesn’t necessarily make something better. The best footballer could wear the worst kit and a horrible pair of football boots, but they’re still going to be better than the other players.

The same is really true in the world of cycling. We’d like to dispel the myth that you need it all – an expensive bike, the most fashionable riding attire, a chiselled torso – in order for you to consider yourself a ‘proper’ cyclist. All you really need is a bike and the will to get out and about. That’s why in this gear guide we’re going to be focusing on the essentials for comfortable cycling.

A great bike is going to make you feel great riding it, but realistically if you want to go cycling you can do it on any frame. According to Steven Rittey – a guest contributor to our blog, keen cyclist and Leisure Manager at Wheel2Wheel Holidays – the bike is just a piece of equipment. 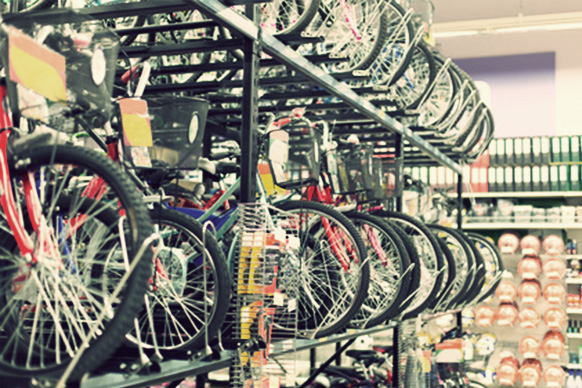 “It doesn’t matter whether you’re riding a £50 second-hand bike you purchased on Gumtree or a £2,000 brand-new bike from Wiggle, the point is you’re getting out and riding,” he says. “Cycling isn’t all about equipment, and this is something I genuinely believe in more than anything else.”

Having said that, the type of bike you’ll want to get entirely depends on what you want do with it. Folding bikes, for example, are perfect if you regularly travel on busy commuter trains. If road surfaces in your local area are particularly poor, then a hybrid bike is going to offer both comfort and practicality.

“Decathlon bikes are excellent value and will give you a lot at a good price,” Steven recommends. “At the higher end, some of the online-only German brands like Cube and Canyon are well-specced for the price.

“There is probably very little difference in certain price bands of bike; however one thing that I bear in mind is the ‘lock and leave’ idea. Can you lock your bike up and leave it without worrying about it? I think this is an important consideration, especially if you use your bike for commuting or heading into a city centre.”

What gear should you get?

You’ve got a bike – that’s the important thing. But now you can start adding bits to make your ride more comfortable. First off, you don’t want to be out and about in the middle of nowhere and get a puncture in your tyre (especially if you don’t know how to fix one!), so a wise and non-flashy investment would be to buy a decent pair of tyres that are durable and puncture resistant.

“The difference in speed can be great, and not having the constant fear of a puncture in the back of your mind is a real encouragement to get out and ride,” Steven says.

Along with the tyres, you’ll need a bike pump, some oil for your chain, and lights. You don’t need to spend much on these as they’re available in every bike shop, but obviously – especially when it comes to your lights – you should make sure they’re functional and unlikely to break!

Next up, you’ll need a lock for your bike. There are many different types; from U-locks and combination cable locks, to U-lock loop cable locks (the best of both worlds). Again, with so many available for cyclists, prices remain low. You can pick up a sturdy and reliable lock easily for under £20.

“One thing I would definitely suggest is that beginner cyclists learn how to use SPD (Shimano Pedalling Dynamics) shoes,” Steven says, referring to the design of clipless bicycle pedals. “It makes cycling so much easier and energy efficient, even though it can be daunting at first being physically attached to your bike.”

Then there’s your cycling attire and helmet. Don’t skimp on the helmet – it could save your life, so make sure you chat with the staff at the bike shop or thoroughly read the customer reviews on a website before making a purchase. When it comes to clothing, though, Steven has strong thoughts on the downside to overspending. 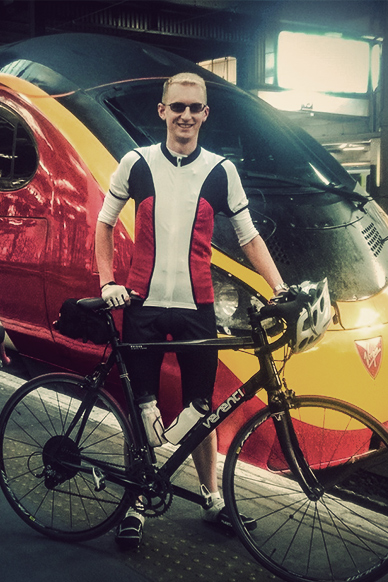 “I enjoy cycling because of where it can get me, and then I invest accordingly. Because of this, I would rather spend £100 on a train ticket and go cycle through an area I’ve never been to, than spend £100 on a cycle top.

“It’s a personal choice though, and this kind of materialism is the same as in any walk of life – whether it is cars, clothes or furniture. You don’t have to be tight, but buy wisely.”

But where should you look for comfortable clothing, and your other cycling necessities? Well, according to Steven, the supermarkets are fine.

Head to the shops

While it’s absolutely fine to head out to the big bike shops and look at getting yourself a brand new bike, it might not be in your best interest as a beginner. Why not start off with a quality second-hand bike, and then reassess when you know that cycling is something you want to take more seriously?

“I think of cycling like a computer game. With each new level you reach, you can invest in equipment to reward yourself,” Steven says.

“What I mean by that is as you get more and more into your cycling and progress up, then you need equipment to match that purpose. For beginners, you probably don’t need a full carbon bike to begin with. That’s an investment you could make down the line.

“Cycling sometimes has the perception of being an expensive sport or hobby, but as it becomes more mainstream, the prices will come down and bargains can be found. For example, I bought my road bike at 65% off in an end-of-season clearance sale, so I bought a decent pair of shoes and some new pedals with the savings!”

“If you are confident you know the true history of a bike then have a look on Gumtree as there are some bargains to be found. Also, there are charity bicycle recycling places that offer good bikes at budget prices. Sometimes there is the occasional gem, especially when older models are traded in for new ones and they filter onto the second-hand market!”

And when it comes to clothes and other bits of gear, Steven’s attitude is relatable to most cyclists out there. “I buy much of my kit from Aldi and other budget places,” he says. “Like I said, the point is you’re getting out there and riding. Cycling isn’t about equipment.”

All of Great BritainCyclingGear guides